Unless you count the bacteria parties during the Cambrian Explosion, Google+ is the fastest growing social network in history, hitting 18 million users in just its first two weeks. Not surprisingly many companies want to get in on the gold rush, with savvy sites like Mashable racking up over 100,000 followers on their news account already.

But even as sites like Mashable have thrived, others have found Google+ much less hospitable. Yesterday Google+ took down ABC News Radio’s profile, much to the chagrin of its the company’s digital platform manager Dan Patterson.

Boing Boing spoke with Google about the issue and was told that brand account would be going live within a few months. They took down their official Boing Boing profile and replaced it with an intern who posted news links. But Xeni Jardin wasn’t ready to stop asking why companies like Mashable and Ford seemed to be getting special treatment. “You can’t ask orgs to simply not engage with such a powerful traffic mover. Not when Mashable has 72K followers or whatever. You can’t just ask other brands to chill and wait until [whenever],” she wrote on Google+.

Mashable claimed innocence, which seemed a little odd given that they had reported on the fact that Google+ was asking businesses not to join.

A conspiracy thread quickly spread about Mashable, however, and dozens of Google + users conspired to report its presence as an abuse. And as Zach Behrens — who jumped on this story first and did a great job rounding up details —pointed out at The Public Note, Google seems to be milking Mashable’s rabid fan base for social juice to prime the pump on Google+. “Perhaps what’s been most confusing is that Google has been actively promoting Mashable on Twitter. Of the 40 tweets since its launch, the Google+ Twitter account has given 14 links to Mashable.”

Some Googlers, like software engineer Dewitt Clinton, tried to make this a principled stand.

But by that time, replied Xeni Jardin, the power players would already be established. “I think Google fucked up by not rolling out brand support on day one. Two months is an eternity on the internet.”

UPDATE: As programer Jonathan Langdale point out -“You can see they [Mashable] have HTML code in their post.  Nobody else can seem to insert html code, or can we? This is probably a new business profile?” 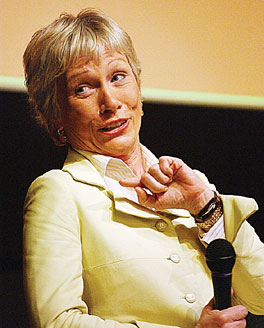