SOMERVILLE – Gov. Christie is in the emergency department here at Somerset Medical Center, but there is no update on his condition. It’s a breathing issue, not a heart issue, according to the administration.

Christie’s office has canceled tonight’s Ask the Governor show on 101.5, according to reports.

Christie was admitted to the hospital earlier today after suffering the effects of asthma, Press Secretary Mike Drewniak told reporters. 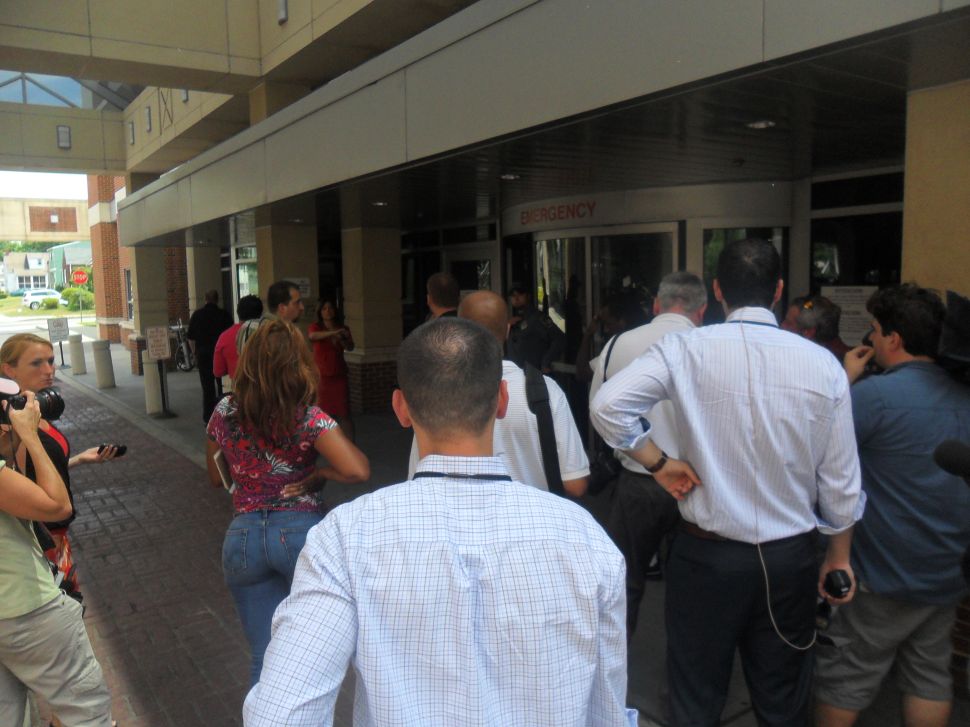