With the temperature peaking over 100 degrees today and the East River especially full of raw sewage, now is as good a time as any to consider the wonderful smells that remind us of New York.

Amber Jones, a veteran concierge, is an expert at guiding Big Apple visitors to the best the city has to offer. But in her new book, New York, Phew York, she has decided not to gloss over the ugly odors you’ll encounter along the way.

“But you can’t DO New York, without smelling it’s smells; From pizza to hot dogs, to those sewer expels. Smells of bagels and lox, and garbage stuffed trucks, Because summer to winter, these smells are in flux.”

Ok, maybe it would be better if she stuck to the hotel business, but the concept for the book is still clever. Smells explored in the book include: Red Apple, Strawberry, Garbage Pizza Hot dogs Sewer steam, Fish, Churros, Peanuts, Horse Manure, Shish-kabobs, Smoke, Bagels, Grass, Piragua Ice Cone, Pickles, Pastrami, and More!

Ok, $3,376 raised of a $20,000 goal with 25 days left on the clock. Peep the official website with a slideshow of the illustrations here. And don’t forget to leave your vote in the comments.

Ben: If you could actually bottle the smell of the pizza counter at Difaro’s or the dirty dogs outside The Met, I would probably pay for a scratch and sniff keychain. I don’t have kids, but this seems like a really funny book, not for bedtime, cause it might make you too hungry, but I think kids like food and really gross stuff in equal measure (at least little boys like me). Still, I’m having kind of nightmare visions (or like, olfactory halucinations) about how all these different scents would mingle together into a single book and form some kind of New York super smell that puts the air pushed down a subway tunnel by an oncoming train to shame. So yeah, totes funding this. $34 bucks gets me a signed first edition!

Nitasha: The timing seems right. New York magazine just did that feature on the smelliest block in the city (no surprise to anyone that’s walked by the bafflingly malodorous section of Broome St. between Allen and Eldridge.) And as far as puns go, Phew York is about the only one I’ve heard in awhile that doesn’t make me cringe. Phew is just a good word, people should use it more often. The retro scratch-and-sniff aspect is appealing. I wonder if they’ve made any advancements in scratch-and-sniff technology in the past twenty years. They only listed some of the smells, so I hope the ones that weren’t there are going to be a little more out there and New York-specific. The website shows a page that takes place in Chinatown and one in the subway. If they could capture that, then . . . well, actually, I’m probably just gonna use my money to buy a popsicle. Sorry, not having a kid means you can be selfish, right??

Sarah Douglas – Observer Culture Editor: Being an elderly person who grew up in the 1980s, I remember well the scratch n sniff stickers, particularly the one featuring an image of a buck-toothed skunk emitting squiggly lines signifying something malodorous, and, above those, the word “Scent-sational!”. The kid everyone liked to torture and make fun of was held down and forced to smell that one. I was not that kid, and therefore I have a somewhat sentimental, nostalgic attachment to those scratch-n-sniff stickers, particularly the less noisome, sweeter ones like “Grape stuff!” — they were very fond of exclamation points in scratch-n-sniff land — which had a grinning blob of grape jelly on a piece of toast, and “Appealing!” which featured a picture of two smiling bananas that looked as though they had just gotten to, or were just about to get to, know one another in an intimate way. (If that sounds improbable, I direct you here, where you will also find “Oh-oh”, a frightening, horror-show scenario in which an apple looks down in terror to find someone has taken a bit out of its side. Scratch-n-sniff was all about creepy anthropomorphizing.) What I mean to say is that Phew New York might capitalize on scratch-n-sniff nostalgia in the same way the Smurfs movie people seem to be capitalizing on nostalgia from roughly the same era. Seems like an okay bet. 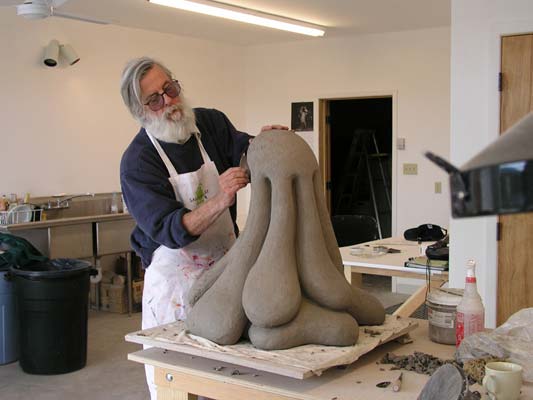