PERTH AMBOY – Gov. Chris Christie called his first 18 months on the job “productive,” but he said he wants to get back to the kitchens of real New Jerseyans, not the kitchens he’s been hustled through on his way to jam-packed town halls.

Today, he sat with Tana Kizides, a senior citizen, and another one of Christie’s urban center allies, Perth Amboy mayor Wilda Diaz.

Diaz, a Democrat, has backed Republican Christie on many of his toolkit initiatives, and now brought him into the home of Kizides, a Greek Orthodox lifetime resident who just received her Senior Freeze check. “Right to the bank,” she said, just under $3,000.

Christie said, “Putting the money in the bank, that’s what I’m trying to do for New Jersey…That’s the way she lives her life. I don’t know why me or Wilda (would treat) her money any differently.” He said seniors are better off today than 20 years ago.

Christie touted his doubling of the Homestead Benefits program and increase of the Senior Property Tax Freeze Program by $90 million.

The average Senior Freeze check for senior citizens and disabled residents will average more than $1,200 this year.

Christie also pumped up his support for the Pharmaceutical Assistance to the Aged and Disabled (P.A.A.D.) and Senior Gold programs that provide pharmaceutical assistance without increases in co-pays or changes in eligibility, benefiting approximately 160,000 low-income seniors.

Diaz thanked the governor for remembering that residents like Kizides are “affected by the decisions that are made in Trenton.”

Noting that Kizides has lived her entire life in her port city home in Middlesex County, Christie said, “It’s up to us to keep it affordable for them.”

Kizides said Christie’s visit made her day. “I’m glad the seniors are not forgotten.”

As Christie was visiting with the Perth Amboy woman, the Assembly Budget Committee was tearing down the senior-friendly image Christie was propping up.

“That’s just like last year,” Hester said, “when the governor proposed forcing P.A.A.D. and Senior Gold beneficiaries to cover the annual deductible of $310 required by Medicare Part D. Additionally, the governor’s proposed budget last year anticipated that the co-payment under P.A.A.D. for brand name drugs would increase from $7 to $15.

“It was reversed only after Democrats proposed eliminating the fee hikes.”

“Legislative Democrats may find it more convenient to distort the facts for election year political gain, but the numbers are clear,” according to the front office email. “Governor Christie has consistently provided resources to fund services supporting our seniors.”

Christie said he’s starting up the “kitchen table talks” first utilized on the campaign trail, using the same logic he offered for his town halls: “It gives me a chance to get out of Trenton and talk to real people.” 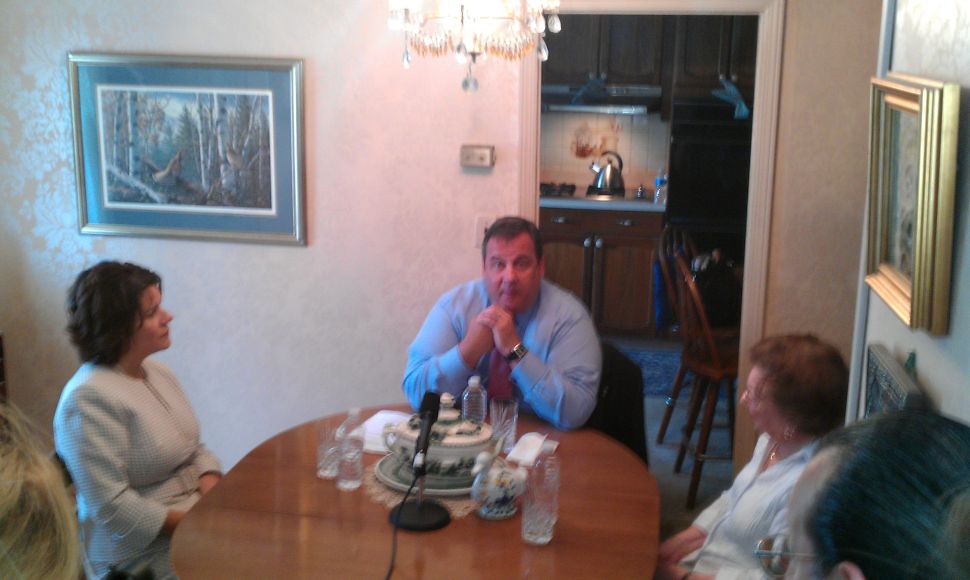