Christie has repeatedly told inquiring reporters and news personalities that he doesn’t have the temperament to be a number two man.

PolitickerNJ.com spoke to two Republican sources close to the governor who had divergent opinions on Christie as a vice presidential candidate.

“Are you kidding me? That will never happen,” said the first source. “Chris can’t be controlled. He’s going to go out there and say and do whatever he wants – a nightmare for any presidential candidate. Imagine.”

The second source described the move as much more of a possibilty.

“If you listen to the way he’s answered that question, he’s never actually said no,” the second source said. 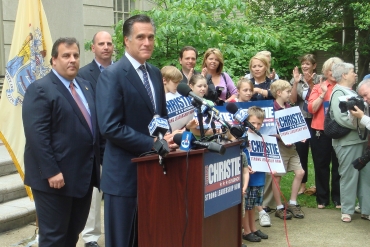