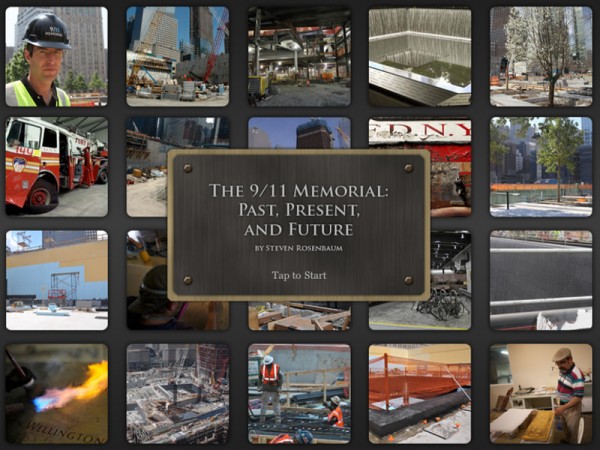 A new app tells the story of Ground Zero.
jhanasobserver 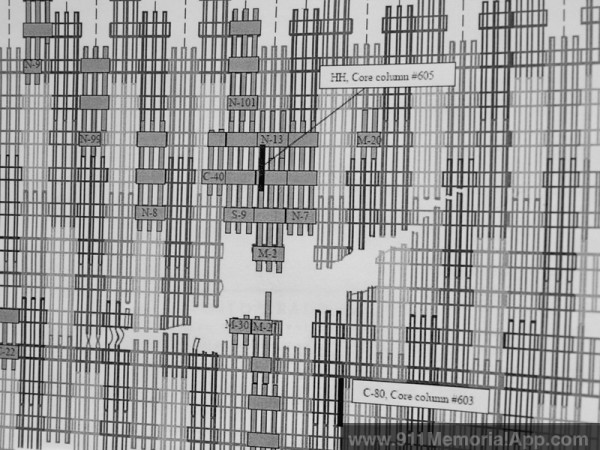 A study of the impact area—determining which steel recovered from the site was actually in position at the point of impact.
jhanasobserver 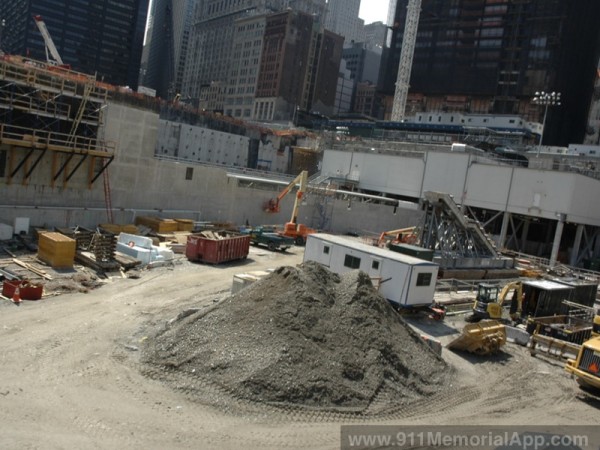 A view of the construction site at Ground Zero.
jhanasobserver 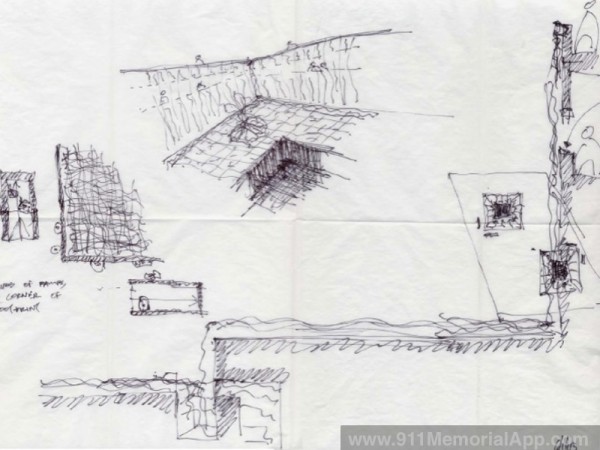 Architect Michael Arad sketched out his vision for the Memorial.
jhanasobserver
Advertisement 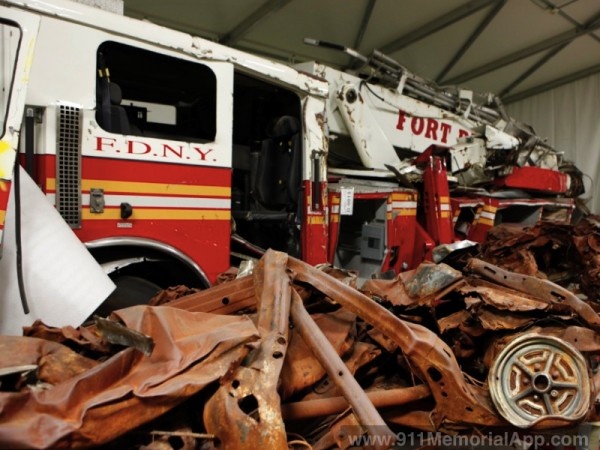 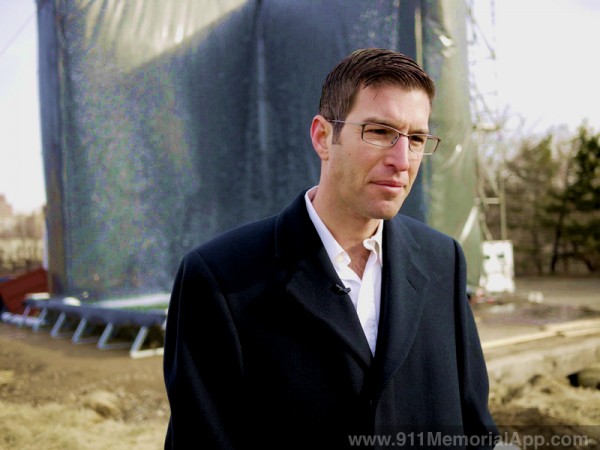 A full-scale model of the Memorial Pools was constructed at the Brooklyn Navy Yard.
jhanasobserver 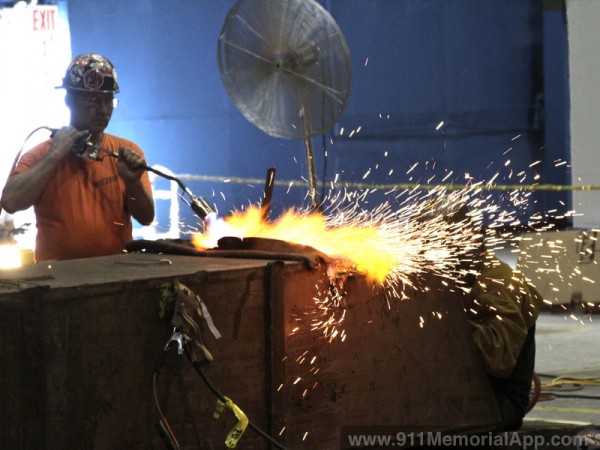 A worker restores one of the iconic steel tridents from the World Trade Center.
jhanasobserver
Advertisement 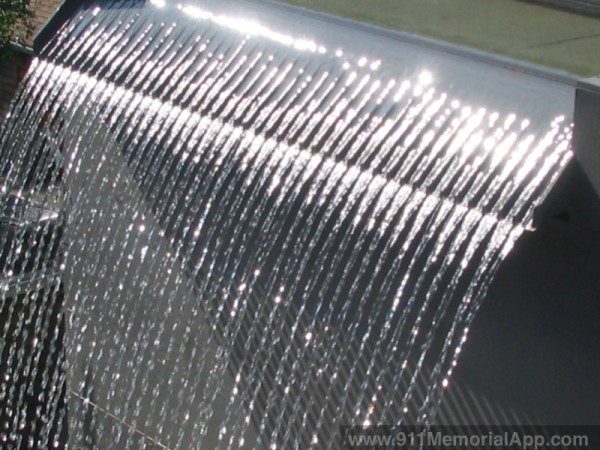 A series of models were created to test the water flow.
jhanasobserver 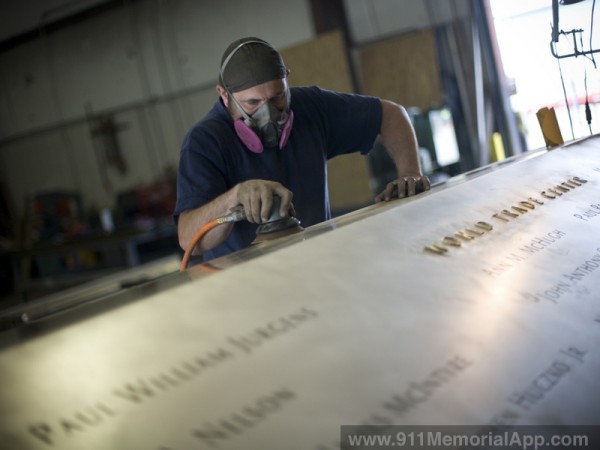 A worker puts finishing touches on the Names Parapet.
jhanasobserver 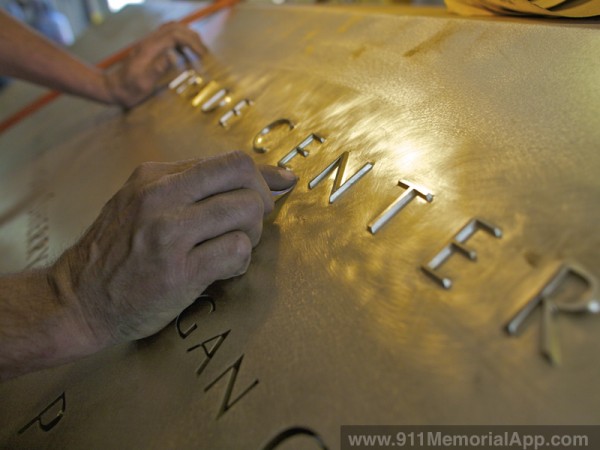 The bronze parapet bears the names of those killed in the attacks.
jhanasobserver
Advertisement 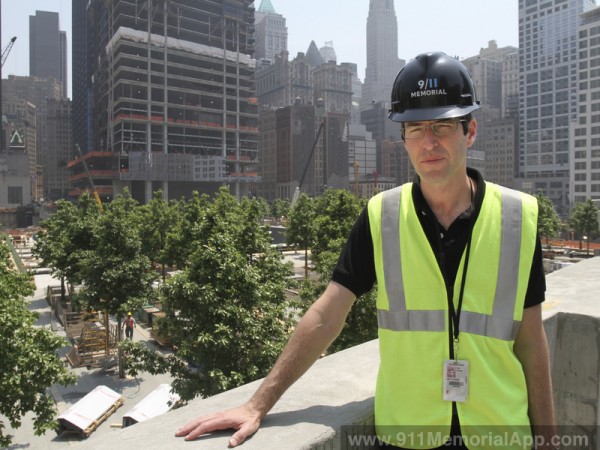 The architect reviews progress at the Memorial site.
jhanasobserver 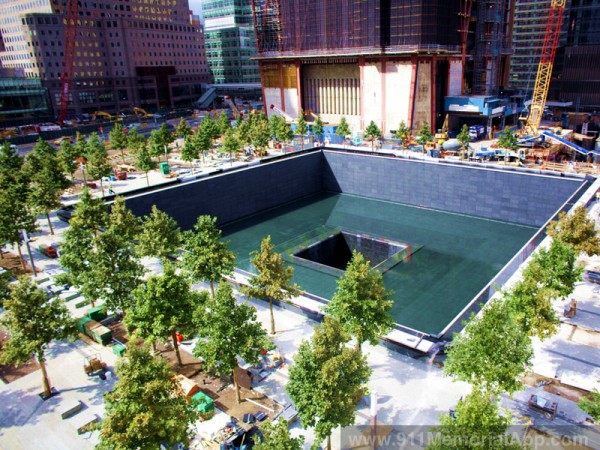 A view from above.
jhanasobserver 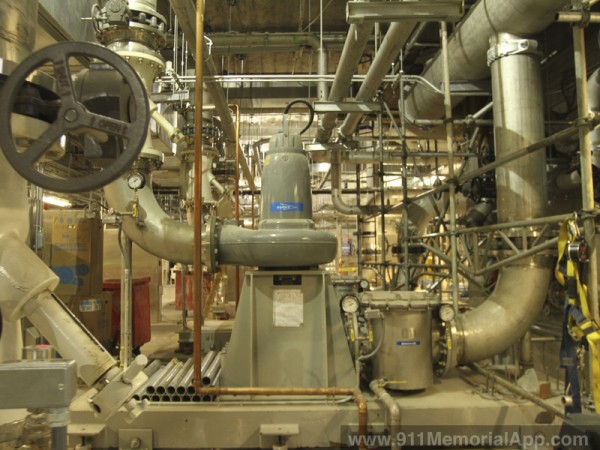 The pumps can handle 24,000 gallons of water per minute.
jhanasobserver
Advertisement 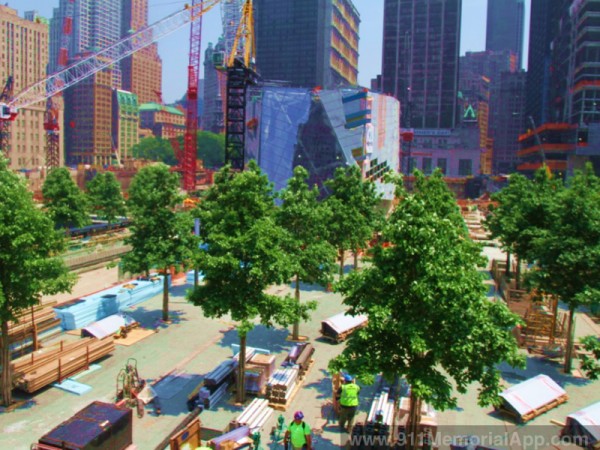 A view of the Memorial.
jhanasobserver 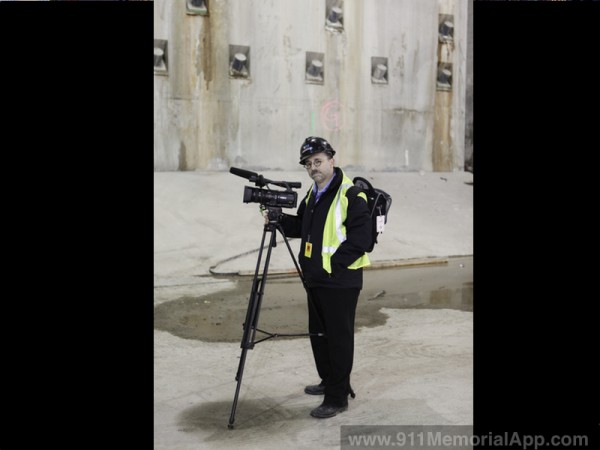 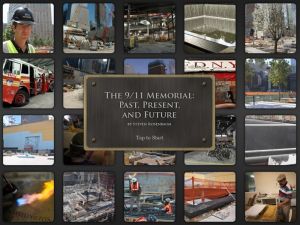 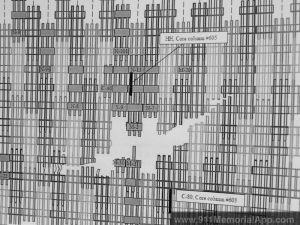 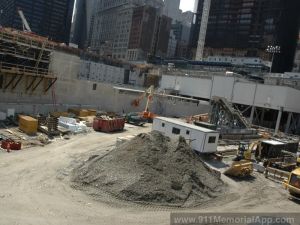 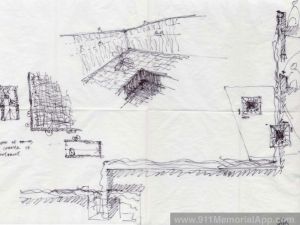 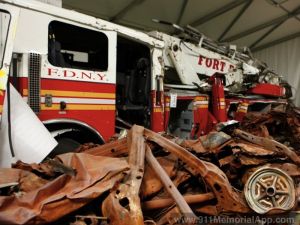 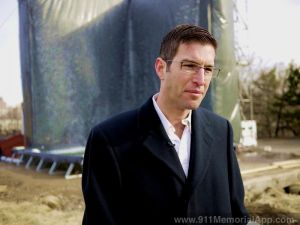 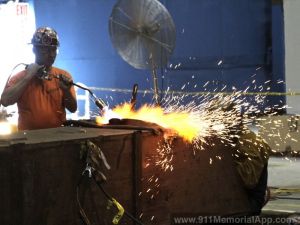 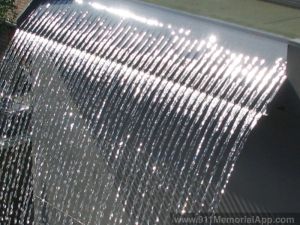 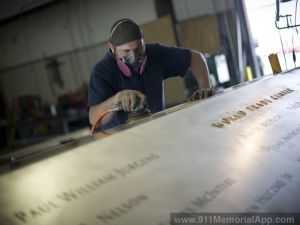 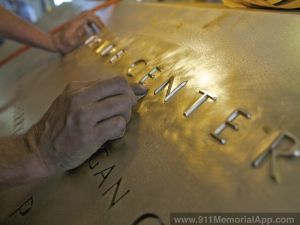 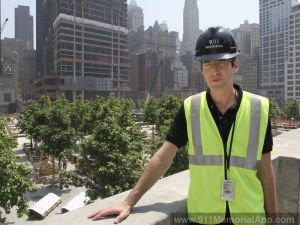 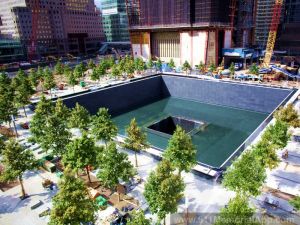 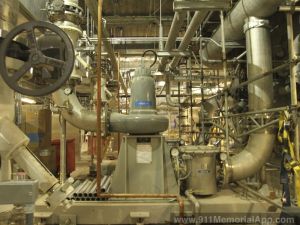 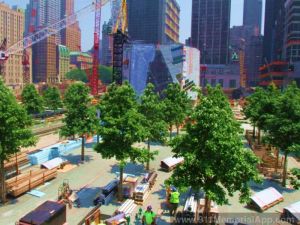 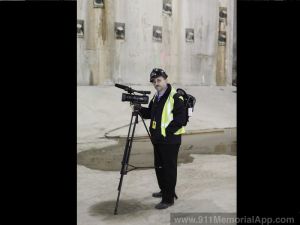 The 9/11 Memorial: Past, Present and Future is an absorbing look at the World Trade Center site—including the original development of the Twin Towers,  the devastating attacks that brought them down and the elaborate process behind the construction of the memorial and the accompanying museum.

It contains some 400 still photographs and hours of video clips. It will be free to the public between September 1 and September 12 (mark your calendar) and can be purchased for $9.95 thereafter.

And it will be available exclusively on the Apple iPad.

“The app lays it out in clear bold chunks—here’s the story before, when the World Trade Center was being built, and then after it was built, and the day of the attacks, and what’s happened since,” noted writer-director Steve Rosenbaum.

A documentary film producer and web developer, Mr. Rosenbaum has been chronicling the goings on at Ground Zero since the day the Towers fell. Shortly after 9/11, he placed an ad in the Village Voice asking for photos and videos documenting the event. He eventually assembled a collection of some 500 hours of footage, which became the CameraPlanet archive. Some of the best material wound up in his 2002 documentary, 7 Days in September, which the Times called “almost unbearably powerful.” Mr. Rosenbaum rightly points out, “If you watch it, there are things in the film that I protected, images and stories that were never going to be seen by my children’s children if I hadn’t rescued them.”

As for the new project, while it includes a few chilling clips of the attacks, it is largely concerned with the creation of Michael Arad’s memorial and the 9/11 Museum. (Click through the slideshow for a selection of highlights.)

Mr. Rosenbaum said he decided to make the material iPad-only because it was simply the best device on which to display it. “I wanted it to be more of an immersive experience,” he said. “The nature of the photographs are so powerful, so to render them in anything but full color seemed wrong to me. And I didn’t want it to be viewed on a phone. I wanted it to be big and glossy.”

Apple apparently liked the idea. Mr. Rosenbaum—who runs the tech company Magnify.net, a “realtime video curation engine,” and is the author of the recent book Curation Nation—explained that he submitted his app last week expecting it to take several weeks to get through the company’s notoriously opaque vetting system. “It got approved in a day and a half,” he said. The app was developed with Magnify.net video technology and programed by Jeff Soto of the Brooklyn-based mobile development shop TENDIGI.

He’s hoping for some significant promotion in the app store, since apps that aren’t featured can easily be overlooked, but he noted that there are no guarantees. “I’ve asked around, and apparently they have a bunch of people that have a meeting every week on Thursday or Friday, and they pitch. But it’s a closed system. They may choose it and they may not.”

Mr. Rosenbaum was asked whether making the app exclusive to the iPad isn’t too limiting for a project with resonance among so many Americans, many of whom either can’t afford the device or have somehow resisted Steve Jobs’ shiny vision.

“The iPad is the single fastest selling consumer device in the history of consumer electronics,” he said. “There are 30 million now on the market. What’s more limited? A beautiful glossy photo book that sits in Barnes & Noble, or something that’s free and on a device that lots of people have?”