Minnesota Congresswoman Michelle Bachmann was joking when she said the recent earthquake and hurricane were “a message from God to scare Congress into action”.  According to Bachmann’s campaign spokeswoman, Alice Stewart, “She was preparing her audition tape for ‘Last Comic Standing’ ”.

The backtracking Republican had her mouthpiece explain her humor to the Talking Points Memo website today after the St. Petersburg Times reported her comments at a weekend campaign rally in Florida. “I don’t know how much God has to do to get the attention of the politicians. We’ve had an earthquake. We’ve had a hurricane,” Bachmann joked, according to St. Petersburg Times. “He said, ‘Are you going to start listening to me here?’ Listen to the American people because the American people are roaring right now. They know government is on a morbid obesity diet and we’ve got to rein in the spending.”

“Not exactly Seinfeld or Leno”, observed Scott Alan Portus, a young Republican and local plumber who watched Bachmann’s attempt at humor. “Funnier than Carrot Top, though.” Last Comic Standing producer Mohr said he “watched the Bachmann tape”, but was not prepared to “pass judgment at this time” or confirm that Bachmann would be cast for the show.

“We do cast the show with a variety of different types of performers…we always have the ‘old-has-been-comedian-who-is-being-given-his-last-shot’. We have had the ‘ethnic-young-hipster-who knows-nothing-of-world-politics.’ And now we are going for the ’50-plus-woman-from-the-midwest-who-is-bat-shit-crazy’ type.

In other news, Congressman Jon Runyan (NJ-3) said he was supporting President Obama’s plan on ‘job creationism’. “This a large step in the right direction, and a much better plan than the mostly theoretical ‘job evolution’.” 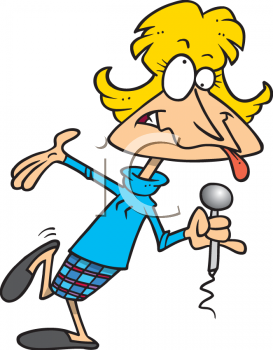