TRENTON – State Sen. President Steve Sweeney, (D-3), of West Deptford, was seen heading in the direction of Gov. Chris Christie’s office today, but sources in the Statehouse said it was nothing more than a hello following more than a month of radio silence between the two most powerful politicians in the state.

Following the budget process in late June, Sweeney lobbed profanities at Christie and the two did a public two-step about who called who and when. But today, Sweeney went to see the governor following the latter’s press conference in Burlington.

According to sources close to Sweeney, the two men did not discuss business today, even though $149 million in Transitional Aid for distressed cities has still not been resolved between the executive and legislative branches.

Christie is willing to restore the funding if it includes a return of the 1 percent appropriation for Department of Community Affairs oversight, but sources said the discussion would be a bridge for Democrats to reintroduce other budget casualties, such as legal services for the poor and funding for blind children.

Republican sources said Democrats are playing chicken with their own initiative, that being municipal aid to mostly-urban municipalities.

The head of the state’s municipality organization agreed.

“They’re on the proverbial hook,” said N.J. League of Municipalities Executive Director Bill Dressel, whose cities are facing a potential credit downgrade if the state doesn’t restore the funding. The DCA is in the middle of its application process with the cities, so the funding isn’t ready to be awarded yet; but with some towns on a calendar-year budget, the process can’t delay much longer.

“We’re being held hostage for political decisions being made on other issues,” Dressel said. “These dollars have been agreed on by the governor…Don’t commingle them.” 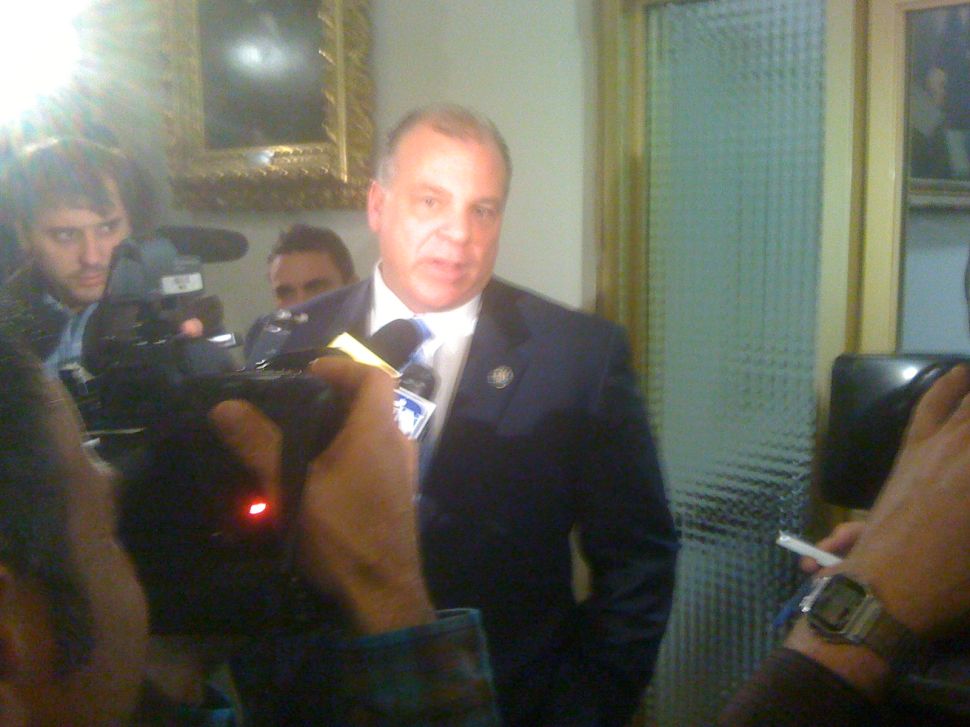