The chief executive told the press at the New Jersey State Police Regional Operations Intelligence Center that the National Weather Service re-categorized Hurricane Irene to an extreme rating. The storm is expected to hit directly over Cape May, and the barrier islands in Atlantic and Cape May Counties.

Christie declared an early state of emergency, allowing for the deployment of the National Guard to prepare for a “serious and significant event.”

Christie said the storm is expected to be “more serious than less.” For information on the storm, visit www.ready.nj.gov.

“I am actively considering a mandatory evacuation,” he said, and access to the southern barrier islands will “likely close” on Saturday.

The state police said a 7- to 12-foot storm surge is expected on Saturday night into Sunday morning.

“No one should underestimate this storm at all,” said a storm expert standing with the governor. Recommendations include topping off gas tanks and stockpiling five days worth of food and water.

“I know that over the course of time, people get warnings…that turn out not to be as advertised,” Christie said. “The current tracking of the storm is not positive for our state.”

If directed to leave, he pleaded, “Do not try to ride it out.” 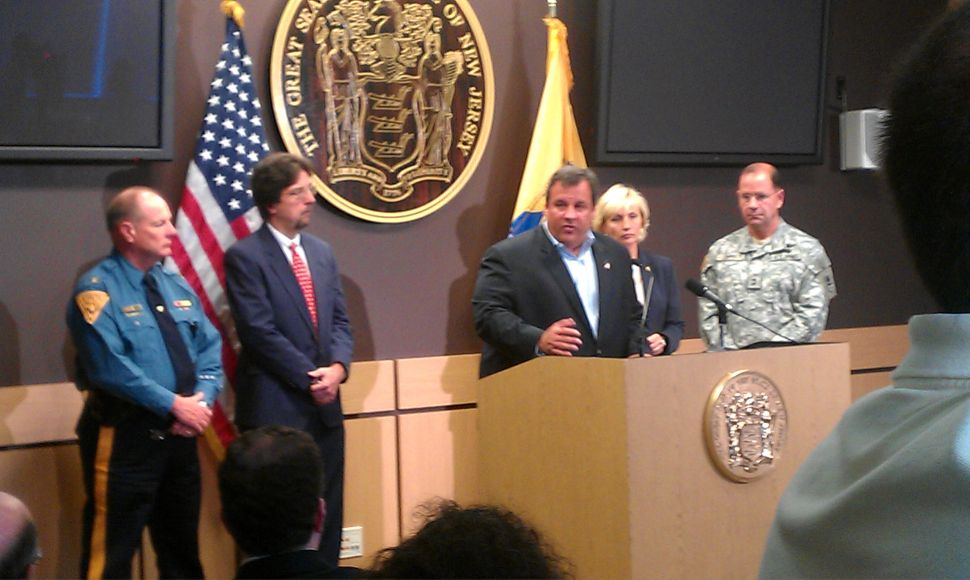