MANVILLE – The waters of a bulging Raritan River roiled behind Gov. Chris Christie’s lectern this afternoon, but it was, inevitably the GOP presidential contest that provided another backdrop for this Republican governor’s latest statewide challenge.

As the contenders for president try to run to the right in appeasement of a Tea Party fundament that government is bad, national party star Christie amid the entrenchments of government – National Guard trucks, EMS vehicles, police and fire, local, county and state elected officials – gingerly aimed at some perspective.

“Philosophically I believe government is too big, and I’ve said that many times,” the governor said today following his tour of a shelter at the VFW Building in the aftermath of this weekend’s tropical storm, which mauled the south side of this town, displacing 300 people.

Christie admitted that during this weekend’s crisis, overlapping government entities might have been guilty, in his words, “of jumping the gun,” running headlong into crisis management only to have their actions undone later for the sake of effectiveness and economy.

He refused to grade himself or his government.

PolitickerNJ.com gutchecked a Christie detractor off the record about the governor’s performance, and specifically asked the source to comment on the Republican governor’s heavy lean on government.

“Masterful,” the source said on condition of anonymity. “Was his appearance on national television overkill? Sure. Sure, it was. But will he get a bounce in the polls as a result of his performance? Sure, sure he will. He’s great at the politics. This is the guy who runs around attacking the machine, and then makes use of the machine (New Jersey’s layers of government) when he stands at a podium in a crisis. You didn’t see Chris Christie rescuing anyone from boats.”

Grudingly, though, the source said he/she had to credit the governor’s decision-making.

“I think that evacuating the shore was the right move,” said the source. 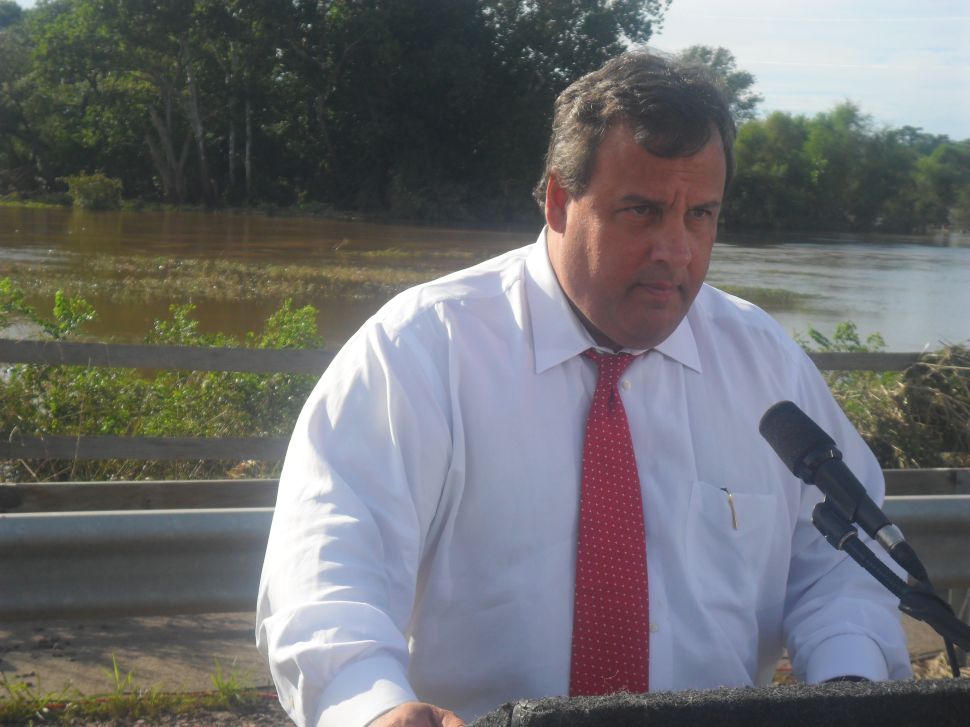