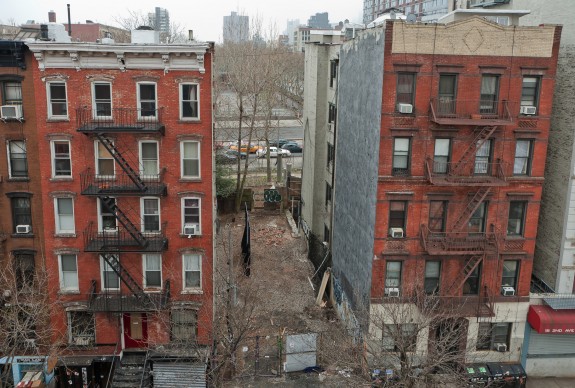 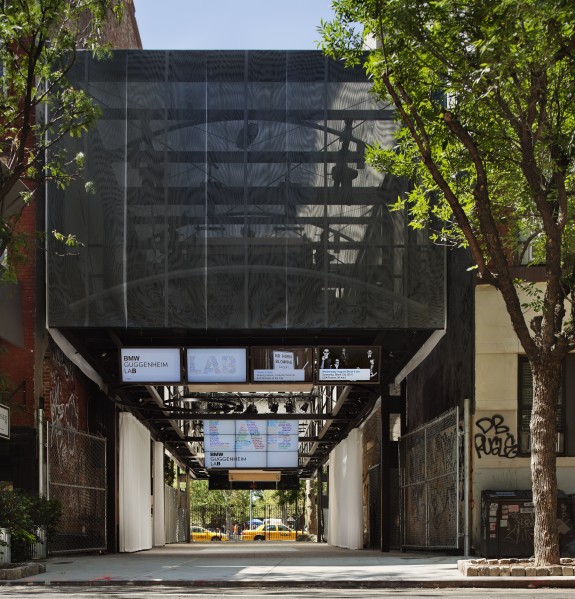 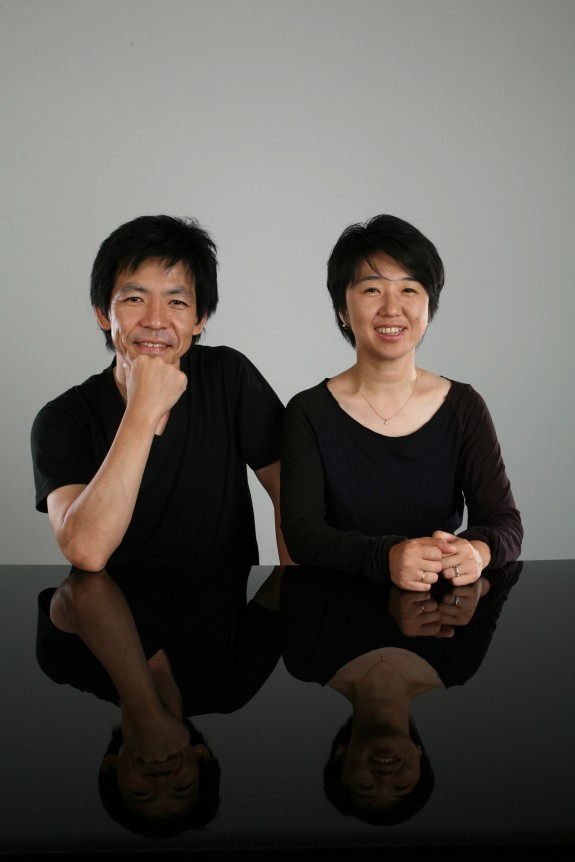 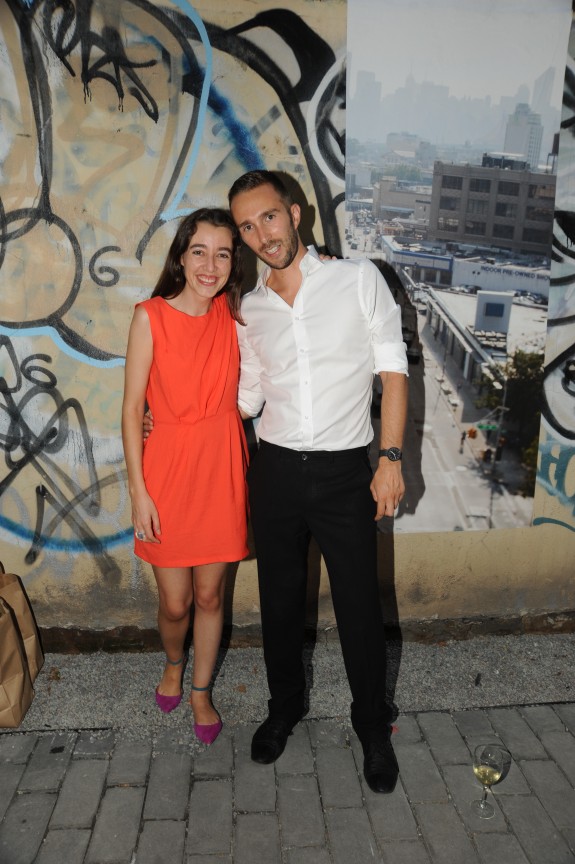 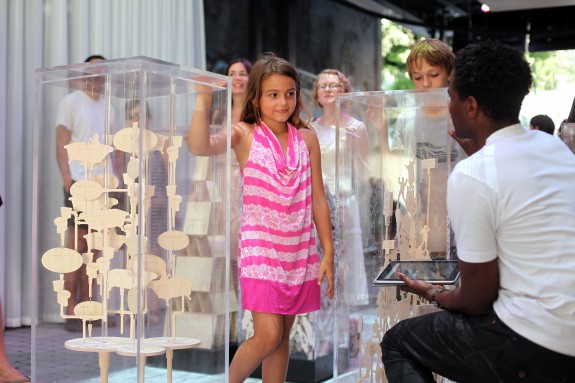 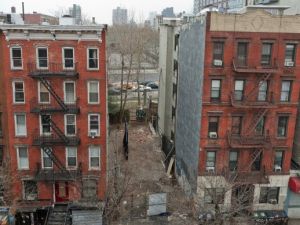 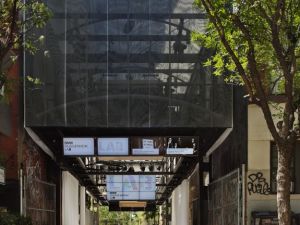 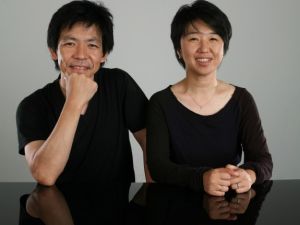 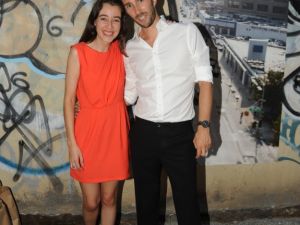 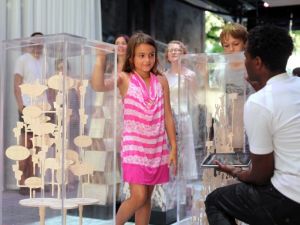 A two-story carbon fiber frame, draped with shimmering black mesh, hovered over a throng of people who were drinking champagne and laughing. It was crowded, and some of the people were spilling through the iron railings onto the downtown street.

The Lab, which opens to the public today, aims to address the topic of “Confronting Comfort”—the installation’s title—in urban life, and experts from an eclectic selection of fields, including music, architecture and environmental justice, have devised workshops that will be housed in the space over the next three months. Each addresses the ever-present issue of comfort in New York.

For Spurse, a design-consulting service that is collaborating on the project, personal comfort means waste. It is currently investigating the mutation of fish in the Hackensack River in New Jersey, as a result of New York waste being dumped there. Earlier in the day, they had taken a group of journalists to the river to help with their research there.

Later, The Observer received another explanation of the show’s title: “It’s about understanding others who are not like us and about exploring our own boundaries of comfort,” said Rosanna Flouty, one-time Education Manager for New Media at the Guggenheim, who has been working on the project for two years.

At about 7 p.m., a BMW representative proudly explained to the bustling crowd that at the end of its New York stint, the BGL will depart for Berlin on a six-year, nine-city global tour. Few people seemed to be listening.

At the far end of the structure, curators Maria Nicanor and David van der Leer posed for the cameras and found themselves cornered by reporters.

On the floor nearby was a giant chess board. Ms. Nicanor explained that it was part of a game installation called Urbanology, in which different pieces represent various aspects of city life such as housing and infrastructure and prompt visitors to debate the relative importance of each. Often, there will be no final agreement.

“It’s symbolic of the way cities work,” she said.

Above the checkered board was a large screen showing the hands of a man playing on some silverware with drumsticks. Then it showed the hand of the man holding an armless hand.

Also present: Roberta’s, the much-discussed Bushwick restaurant, which was serving little slices of salty Parma ham from a pop-up café at the site that will remain in place throughout the Lab’s stay in New York. On the menu last night were cheeseburgers, eggplant sandwiches and the fashionable NOLA iced coffee, a New Orleans specialty that features ground chicory.

“We’re forward thinkers,” Roberta’s catering chef Karen Gioia told The Observer. “We’ve learned how to live in an urban environment, which is what the project is all about.”

Although, to be fair, not everyone was there to confront the idea of comfort.

One of the musicians for the evening, a saxophonist, ran his fingers up the scale of his instrument as a man with long gray hair and a beard turned to the stranger he was talking to and quipped, “Anyone who’s willing to throw a party. I’m down with that.”