This terminally embattled former factory town has 300 displaced residents sitting or lying on cots in St. Mary’s or at the VFW building and they’re literally in the dark.

“If somebody could get us some generators, that would be great,” said Borough Administrator Gary Garwacke, who this afternoon milled with people making their way to the makeshift mess hall for hot dogs and pizza.

“We’re going to need it,” a woman told PolitickerNJ.com in response to a proferred “good luck.”

A lot of these residents are from the Somerset County borough’s lost valley section, which is situated on the south side of Manville.

It flooded, leaving a lake where 24 hours earlier there was a sedate residential neighborhood and requiring the state police to mobilize six water craft.

“It’s getting to be old hat at this point,” said Garwacke, who’s lived through other storms that upended his town, a town put on the map for a series of catastrophes, including asbestosis, an underground creosote lagoon that warranted a Superfund designation in a residential neighborhood and, of course, perpetual flooding.

“The Army Corps of Engineers is still working on a $6 million study (to abate flooding),” said Garwacke. “We have another $2 million to go.”

There’s no power in town right now and the town’s on lockdown. No one’s allowed in or out unless he or she can prove residency to checkpoint cops.

“We’re having problems with scavengers,” Police Chief Mark Peltack told PolitickerNJ.com. “What’s happening is people are taking things out of their houses to get them dry and other people are coming along and taking them.”

Some members of Gov. Chris Christie’s advance team appeared outside the VFW Building in the early afternoon, and shortly thereafter, the governor’s office formally issued Christie’s schedule, including a press conference in Manville.

“Many of these people are going to be here through Thursday, when pumping begins in the valley,” said Garwacke. 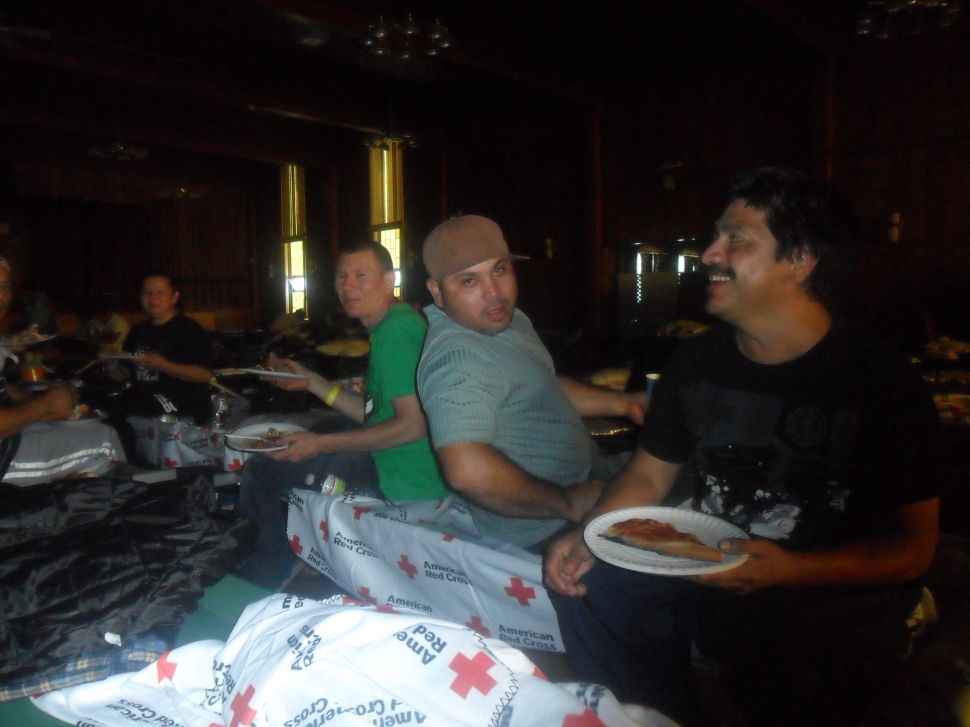