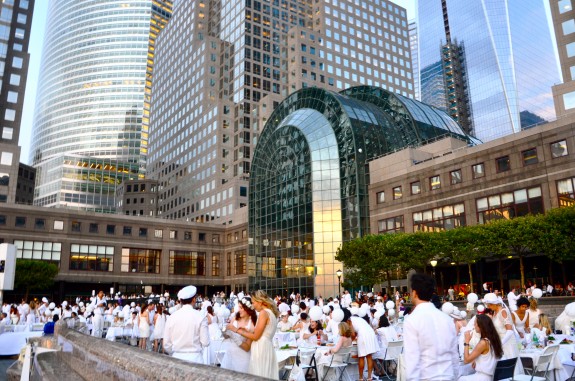 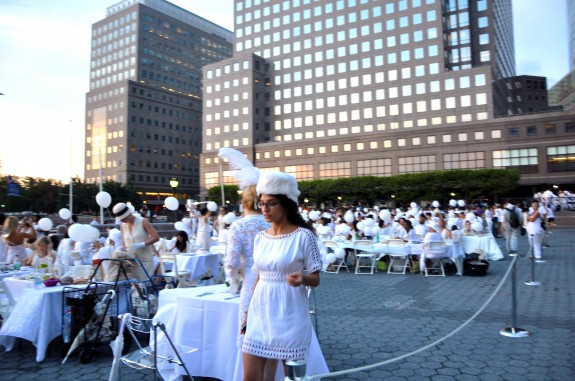 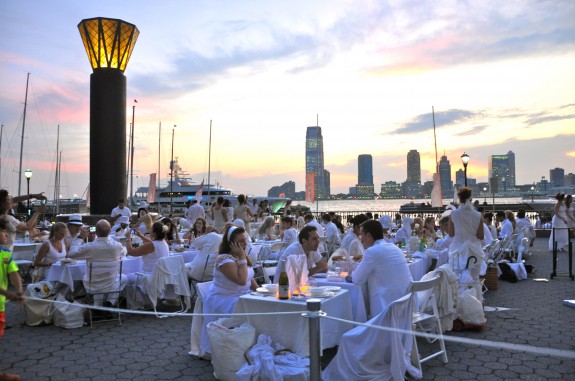 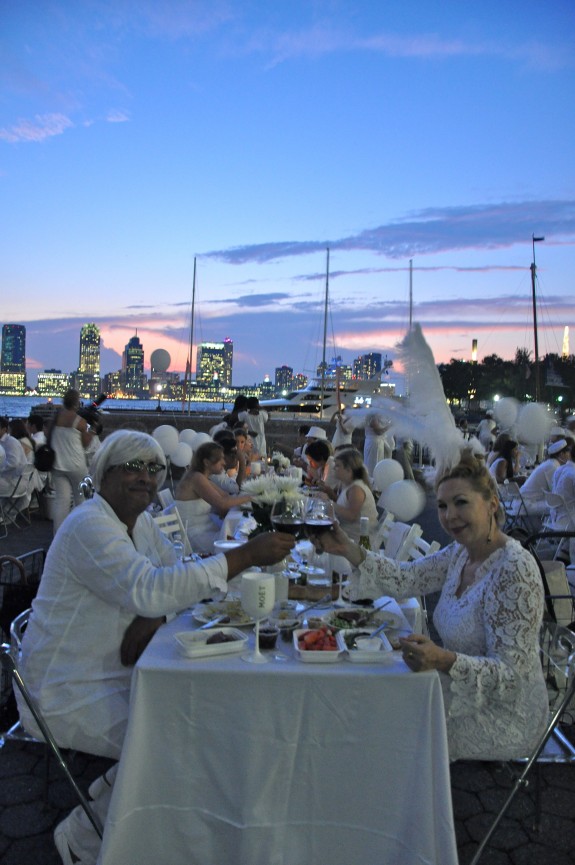 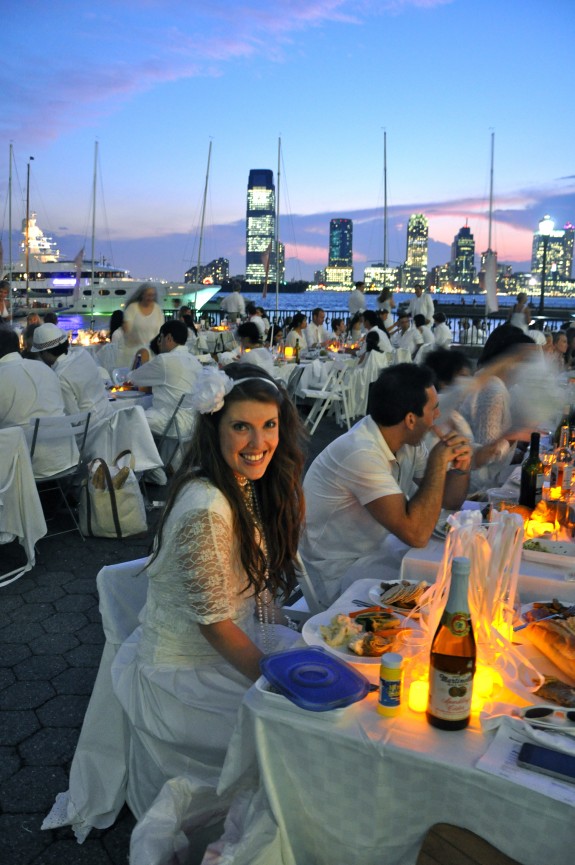 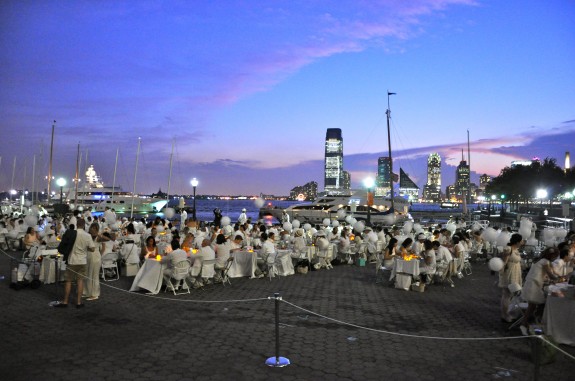 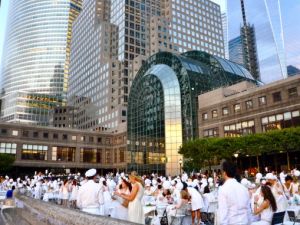 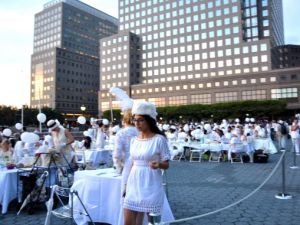 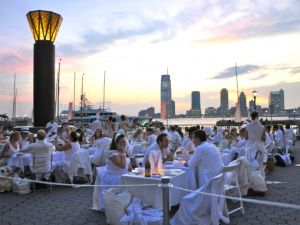 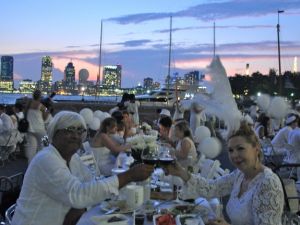 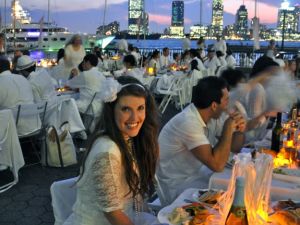 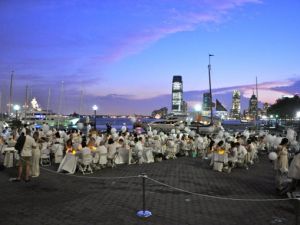 Bicyclists on their Battery Park route stopped to stare when they noticed something out of the ordinary last night: the Winter Garden was blanketed in white. White tables and chairs stood in neat rows. White cocktail dresses swarmed the plaza. White balloons floated up past the windows of the World Financial Center.

“I somehow miraculously was able to register, and I am so glad” said Kate Allgood Cowley, an assistant at Glenview Capital who was decked out in white feathers, flowers and “as many pearls as I could get my hands on.”

“Look at this scenery — it’s just a wow,” said James Wolfensberger, who came dressed as German playboy Gunter Sachs, as he sampled the contents of a catered picnic basket.  “It’s really delicious,” said Adriana Kaegi, his date and a singer from Kid Creole and the Coconuts.

“I heard of this event when I was still in France, but I never got a chance to participate because in France it’s for friends of friends, so if you don’t know anyone involved you cannot get in,” said Alexandra Simoes, the director of the Lyceum Kennedy, who helped to organize the New York Dîner.

Two bicyclists interrupted to ask Ms. Simoes about it. “We are lucky today,” one said. “We can see something new.”

The tradition began in the suburbs near Versailles, where Francois Pasquier hosted annual picnics in his garden to catch up with old friends after a two-year stint in Polynesia. The garden soon became too small, and the picnics moved to public parks, where guests dressed in white to recognize each other. As the numbers of guests climbed into the thousands, all through word of mouth, the Dîner moved into Paris.

“At first the police tried to forbid it, so it had to be secret,” said Mr. Pasquier’s son, Aymeric, who organized the New York picnic. “It was like a game with the authorities, and there was never any advertising because it was a social network that grew slowly and surely.”

But the New York franchise couldn’t be farther from its mischievous heritage.  With an online waiting list, liquor and event licenses, and security guards on walkie talkies, New Yorkers were more concerned with not being overcharged than skirting the law.

A widely publicized computer glitch accidentally charged over a thousand people on the waiting list for 200 available spots, and complaints continue to be posted on the event’s Facebook wall.  The city mandated a 1,150-person attendance cap, and Mr. Pasquier told The Observer that the computer error resulted from a significantly higher demand than anticipated, which overloaded the website.

“The French mentality is more laid back, less conformist, so we don’t follow the rules as Americans do,” he said. “In America, it’s a different mentality — all the lines are straight — so I’m surprised that the Dîner can cross the ocean.”