Guadagno said seven months of “sustained private-sector growth” are reason to be optimistic. “We need to be positioned here in New Jersey,” she said as a Conrail train passed behind her under the Park Avenue bridge of South Plainfield, which will receive $3.5 million this year. That means infrastructure.

“This isn’t just a bridge,” she said. “It’s a great example of people going to work.”

In those same seven months, Guadagno said, the state gained 50,000 private-sector jobs, a testament to the new business-friendly New Jersey.

The 95 grants total $14.65 million in project grants to municipalities, counties, and general aviation airports for infrastructure improvement and safety projects.

“The mayor will tell you, he could not possibly afford to fix this bridge on his own,” she said of South Plainfield’s Mayor, Matthew Anesh, who stood beside Guadagno and Department of Transportation Commissioner James Simpson.

The county, which is handling the project grant, would say the same, the lieutenant governor said.

“It is a three-way street,” with cooperation from the state, county, and cities that allows these projects to flourish, she said.

There are 6,450 bridges in New Jersey, according to Simpson, technically defined as structures over 20 feet long. The bridge behind him, he said, is only 65 feet long, yet will cost $21 million to renovate.

A recent report, Simpson said, placed New Jersey – just barely – in the upper half of the states with a 10.5 percent deficiency rating, which Simpson characterized as being “one of the top (rates) in old, industrialized states.” Nonetheless it needs improvement, he said, although he could not say what the deficiency rating would be after the projects announced today were completed. Simpson was clear in that deficient bridges are not unsafe, but may have narrow lanes or poor drainage.

Other projects announced today include $100,000 for a transit village streetscape in Linden; $300,000 each to Bergenfield and Alpine for street resurfacing projects; $290,000 for a bikeway project in Wildwood City; $250,000 for a streetscape project in Roxbury; and $150,000 for safety improvements in Hackettstown, Warren County.

Airport improvement grants are 95 percent state-funded, including $617,187 for runway crack repairs at Trenton-Mercer Airport; $570,000 for resurfacing at Flying W Airport; and $205,200 for aircraft tie-downs and new runway pavement at Central Jersey Regional Airport.

Aside from these projects, Simpson said the state is already pumping $2 billion annually into roads and bridges, which excludes the N.J. Turnpike and Garden State Parkway. 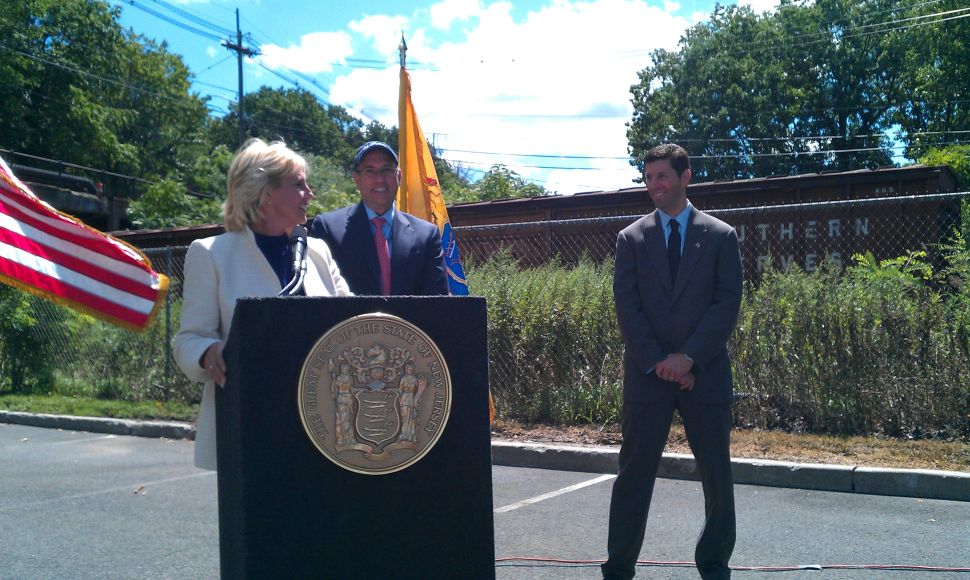