“I would like to thank everyone who has called to support me and urge me to run over the last several days but after consulting with my family and friends I have decided not to seek the District 39 Assembly seat,” said Hermansen this afteroon. “I made a promise to the people of Bergen County that I would represent them to the best of my abilities and I believe, at this time, that focusing on my duties as a Freeholder fulfills that promise.  I remain committed to the tasks at hand and I look forward to continuing to serve our community to the best of my ability.”

“Having met Holly and after speaking at length with both her and Charlotte I am completely confident that she is the right person for the job,” said the freeholder. “I look forward to working with her on the campaign trail and once she is a member of the Assembly.”

Sources in the party say Schepisi is on track to win.

“Rob made a promise to serve the people of Bergen County as a Freeholder and he is a man of his word,” Samuel Raia, NJGOP chairman, said of Hermansen following the freeholder’s decision. “His dedication to make Bergen County a better place to live and work is an example to other leaders.” 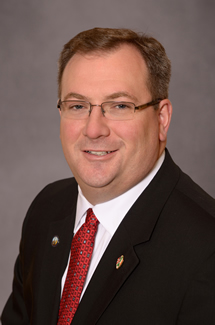