SOMERSET – Standing at the edge of redistricting along with his 12 other congressional colleagues from New Jersey, U.S. Rep. Rush Holt (D-12) said he doesn’t favor a California redistricting construct here.

The western rim state didn’t consider partisan performance as it pieced together a new map.

“I would argue that New Jersey would not be served well by that,” Holt told PolitickerNJ.com today after he toured a manufacturing facility as part of a week-long effort by the congressman to publicly underscore the industry.

“We will not only lose ground in Congress, but citizens would get less constituent service if your most experienced congressmen leave.”

As the 13-member redistricting commission prepares to meet for the first time publicly on Sept. 6 to consider maps that inevitably must slice out a congressman to account for New Jersey’s loss of population, buzz has included a matchup between Holt and his fellow Central Jersey congressman, U.S. Rep. Leonard Lance (R-7).

“Don’t believe everything you hear,” said Holt. “The commission hasn’t even met yet.”

“I don’t think it’s healthy to coast in this line of work,” he said. “It’s like this business. If they thought they were going to coast, they wouldn’t be in business.”

At least one group of Central Jersey Democrats earlier this year floated the name of Holt as a 2013 gubernatorial prospect, but Holt said he wouldn’t even consider the question. 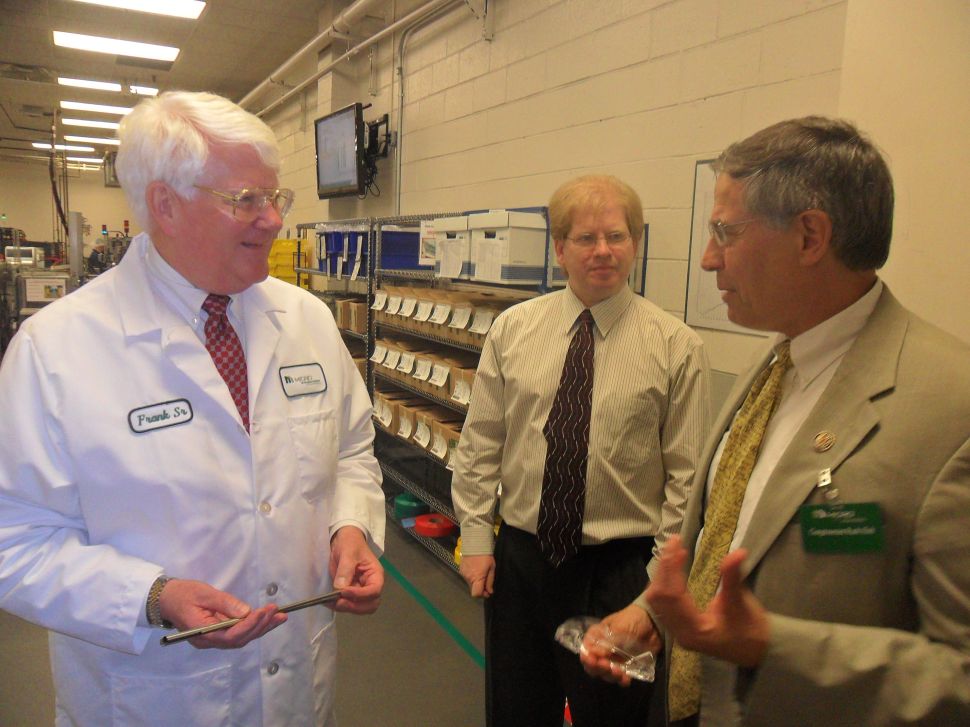