BOUND BROOK – Gov. Chris Christie issued alerts about inland flooding potentially as dangerous as coastal battering in the coming storm and hours removed from Category One Hurricane Irene, U.S. Rep. Leonard Lance (R-7) this morning toured towns in his district that traditionally get hammered hardest in wetter than usual conditions, including 1996 and 2010-ravaged Bound Brook and 1999-flood savaged Manville.

“I don’t ever remember as much mandatory evacuation as now,” said Lance, who also observed flood preparations efforts in Cranford, where authorities have issued evacuation precautions in advance of the storm that published news reports say is scheduled to hit Sunday morning.

Bound Brook Mayor Carey Pilato played a supporting role in Gov. Chris Christie’s viral “thin-skinned” YouTube video as a tickled Christie ally, but today he was front and center in his own town.

Destroyed and rebuilt after past floods, Bound Brook this weekend will test $130 million in Army Corps of Engineers infrastructure that includes reinforced concrete, and a sliding steel wall at the town’s unguarded point under the train tracks, 30-40 feet of key protection.

“Floodgates and two large pump stations,” said Pilato, who remembered sitting in his car at the top of the rise during the last storm and watching a raging river blast through the tunnel under the tracks and swamp Main Street. “This is as serious as it gets.”

Standing with Lance near Hose Co. No. 1 next to the enormous steel door with wheels just south of Main Street and just north of the railroad tracks, Pilato said it will close at 6 p.m. tonight.

Lance said NJ Transit won’t run trains after noon today along this spine that runs through his congressional district.

In Manville, authorities were a little more on edge in advance of the storm. They’ve issued mandatory evacuations. They have six boats, but they don’t have the wall that now guards Bound Brook.

“We’re expecting conditions similar to what we had in 2007 and 2010, and that’s major flooding,” said Peltack. 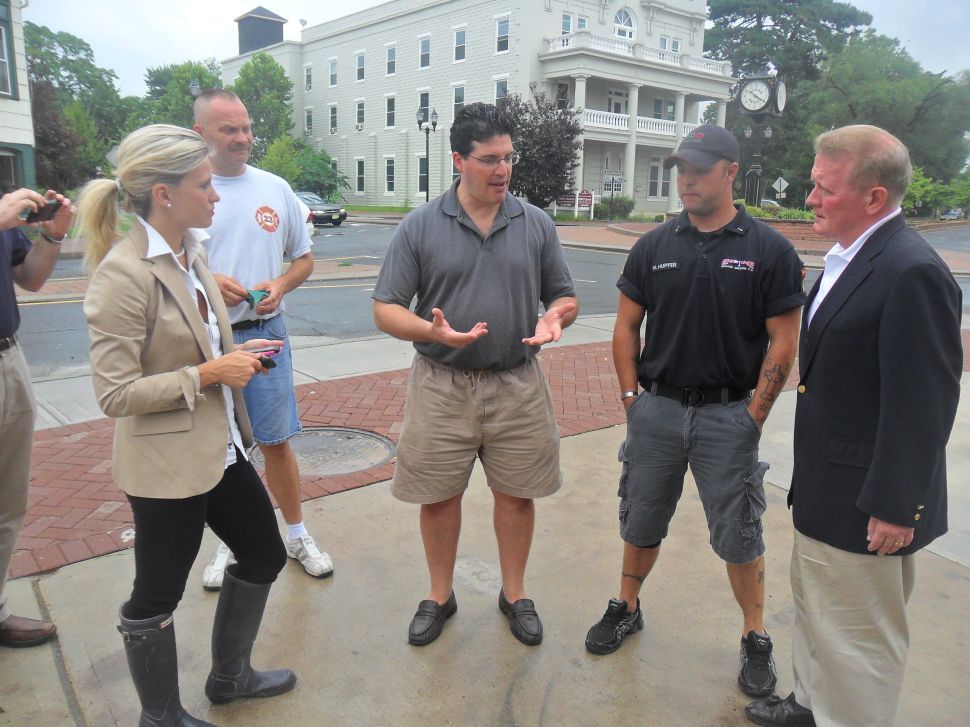