The platform setpiece had the added benefit of being the professional jumping off point for commuters.

“We stand here today because this is where so many of New Jersey’s hard-working citizens leave for work every morning,” said Driscoll, flanked by Assembly running mates, Hawthorne Mayor Rich Goldberg and attorney Fernando Alonso.

“These citizens work under a set of rules that almost all of us live by, a set of rules that supplies them with so many sick days a year and so many vacation days a year,” added Driscoll, who wants Gordon to support legislation championed by state Sen. Joe Kyrillos (R-13), which would abolish the accruement of sick leave.

“Like so many of us in the working world, when people don’t use those sick and vacation days, those days disappear,” said Goldberg. “There is, however, a place where that doesn’t happen.  That place is, of course, in state and local governments across New Jersey.”

This was the second time in as many weeks that Driscoll and company have focused on a union issue in an attempt to depict Gordon as an incumbent beholden to both public and private sector labor interests. Throughout the days of the Port Authority of New York and New Jersey’s toll hike proposal, Republicans jeered that the senator was reluctant to publicly pan a working plan for a toll increase that might have jeopardized labor’s project designs.

Then he did pan it, at the public hearing last week.

“I said clearly that I was against a tax increase,” said Gordon, a documented fact.

Regarding the accrued sick leave, “What John Driscoll neglects to mention is that I supported S-2220,” added the senator, which would limit to $15,000 the payment of supplemental compensation at retirement for accumulated unused sick leave.

Gordon said Kyrillos’s bill would land the State of New Jersey in the courts.

Another attack line of the GOP included Driscoll’s attempt to depict Gordon as the Wharton School of Business elitist huddled in his office beyond the hubbub of commuter actitivity.

“Bob Gordon needs to come out of his office and talk to the citizens of this district,” said Driscoll.

“The answer to the simple question of who lets this broken and costly system continue is simple: the politicians in Trenton who answer not to taxpayers, but to the special interests who fund their campaigns,” added Alonso, who took pains to cite Assemblywoman Connie Wagner’s (D-38) labor rally declaration that as a labor-backed Democrat she was proud to support public sector workers.

“Excuse me,” said the senator. “I went to Wharton to help the family business, where I got dirty every day. I would ask John Driscoll to protect the middle class and vote for the millionaire’s tax, something he would not do if he were in the Senate because he would do whatever (Gov. Chris) Christie told him to do.” 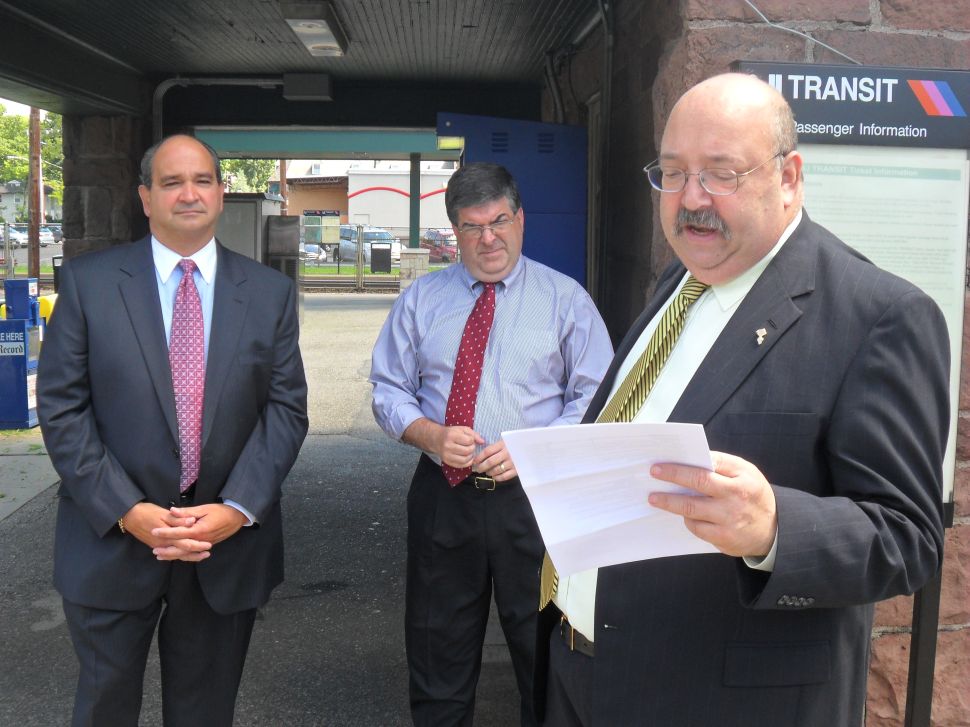