Jonathan Gray joined Blackstone in 1992, straight out of Penn, from which he graduated magna cum laude with a degree in English and a diploma from Wharton. A devoted numbers guy with rimless glasses to match, b-school won out over the classics, though Mr. Gray still makes time for the occasional history tome or biography. He had once considered becoming a journalist, and he openly admits to pretty much everyone that the best thing that ever happened to him was in a Romantic poetry class: he met his wife Mindy there. A Philly native, she worked for Edwin Schlossberg, the exhibition designer and Caroline Kennedy’s husband, until the first of the Grays’ four daughters was born in the late 1990s.

Mr. Gray comes from a business background, though not a finance one. His father worked in the family business, a small auto parts manufacturer on Chicago’s West Side. The 1970s were not exactly the best time for such work and eventually the family was forced to sell to a competitor. In Mr. Gray’s office hangs a poster of an old ad from the auto business his brother had blown up and framed. Above the lines of copy extolling the virtues of the company’s parts is a picture of their grandfather next to the company name: Blackstone Manufacturing. That Mr. Gray would come to work for a firm of the same name is sheer coincidence, according to acquaintances. Mr. Gray’s parents divorced when he was growing up, and his mother, another entrepreneur who ran a catering business, married a banker from Chicago Corp.

In Mr. Gray, Mr. Peterson and fellow Blackstone founder Stephen Schwarzman saw a smart, independent kid who could grow under their tutelage. “I’ve been around Wall Street now, it’s hard to believe, since 1973, and I don’t think I have ever seen this particular combination of attributes,” Mr. Peterson said. “I don’t know if you believe in compound probabilities, but when you have three critical qualities, like his talent, and like his team-building, management ability and then his human qualities, and they’re all at the very, very top rank, and they’re all in the same person, you tell me what the probability is of finding someone like that.”

Mr. Gray spent his first 18 months at Blackstone working on mergers and acquisitions. Around the time he started, the founders, with an eye toward diversifying, began mulling the idea for a real estate fund. Not unlike today, the country was still littered with the wreckage of a real estate recession, driven by the savings and loan crisis and a botched building boom caused by a flood of Japanese investment.

Blackstone turned to John Schreiber, a fellow Chicagoan who had just retired from JMB Realty. As the fund was taking shape, some of the firm’s senior managers suggested Mr. Gray consider joining it, as something new and exciting but altogether incidental. He became the first, and for a time only, junior-level employee. Combining his skills with numbers and analysis with his experience in M&A and the free-reign offered by the new position, he began to cultivate his understanding of real estate. Yet it was under the tutelage of the equally low-profile Mr. Schreiber—Mr. Peterson described him as a godfather, Mr. March as Obi Wan Kenobi—Mr. Gray soon became a force to be reckoned with. “Jon Gray is maybe the best and brightest in his generation, maybe ever,” said Mr. March. “But he also has the benefit of this sage sensei in John Schreiber, which just makes him even better.”

The first real estate fund was launched in 1994 and raised $335 million, a pittance by today’s standards—the firm is currently at work on raising an unprecedented $10 billion for its seventh real estate fund, on top of the $10.9 billion fund it just closed, numbers that are all the more impressive for being raised during the recession.

After almost a decade of smaller deals, a bid for a small hotel chain made Mr. Gray and his colleagues realize they could buy entire publicly traded companies using commercial mortgage backed securities, or C.M.B.S., so long as the companies’ core assets were property. This strategy offered far greater pools of financing than typical leveraged buyouts. This allowed Blackstone to do bigger and bigger deals, the first of which was Extended Stay, the $3.4 billion portfolio of 685 properties.

“That’s where he made his imprint,” said Lonny Henry, a long-time advisor of Gray’s who ran the real estate desk at Bear Stearns and is now a vice chairman at J.P. Morgan. “It was revolutionary, not just evolutionary, in terms of how deals get done, from structure to finance.”

That year, the firm also purchased Prime Hospitality, the five Boca Resorts in Florida and 31,000 apartments in Germany, followed in 2005 by the London NYC Hotel in Manhattan, Wyndam Worldwide and a portfolio of 30 Canadian office buildings. In 2006, showing no bias for different businesses, it purchased the Zurich Senior Living portfolio of 24 retirement communities, 45 health-care facilities in France, LaQuinta resorts, the 199-bed Trianon Palace near Versailles, the 57-hotel MeriStar, England’s Center Parcs resorts, and biggest of all the 61-office Trizec and CarrAmerica, a 285-building office portfolio. The following year, of course, was 2007. 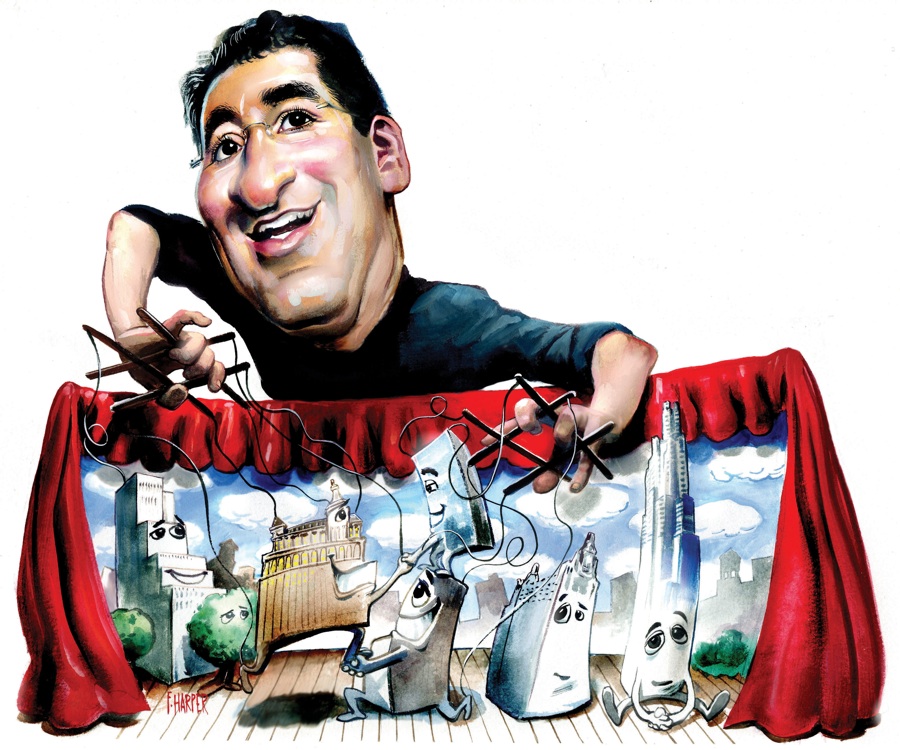