BELMAR – One week after Gov. Chris Christie came to the former Monmouth County borough of Elcho – now Belmar – a Democratic echo came from two Washington delegates at the beach today.

U.S. Sen. Frank Lautenberg (D-NJ) said Newsweek recently named Belmar the fifth most popular beach in the United States, and he and U.S. Rep. Frank Pallone (D-6) announced their renewal and strengthening of the Beaches Environmental Assessment and Coastal Health (BEACH) Act to keep it that way. The two New Jerseyans penned the bill in 2000, a  comprehensive effort to monitor and maintain coastal water quality.

The funding authorization bill – it does not appropriate the money – is being reintroduced with proposed upgrades to water quality notification programs and provide faster public notice of unhealthy beach conditions.

According to beach advocate Cindy Zipf, of Clean Ocean Action, the original bill brought New Jersey up to its current water quality ranking, second in the nation, in a recent study.

But, Zipf said, there are still “dead and dying dolphins” and hypodermic needles washing up at some shore points.

“There’s nothing like a beach closure to shock a town into action,” she said. “Because of closures there was the economic incentive to find those sources (of the pollution).”

She said “the Frank Team” – Lautenberg and Pallone – “brought together a bipartisan team to (get the bill) passed.”

The information on water testing results required by the act are available at NJBeaches.org, but the new law would require towns to host their own online notification sites and make closures public within two hours of notification.

Polluted stormwater, according to advocates, is the main cause of pollution these days, and Lautenberg said the two lawmakers will work hard to prevent it.

Earlier this year, Christie vetoed a bill to authorize the neighboring county planning board to monitor the Barnegat Bay watershed and charge a developers’ fee to address stormwater and pollution management, which generally drew harsh criticism from environmental advocates.

“A day at the beach should never (turn into) a day at the doctor’s,” Lautenberg said today. Referencing the Tea Party, Lautenberg told Republicans in Washington “determined” to cut Environmental Protection Agency (EPA) funding to “stop brewing your obnoxious tea in our waters…to expand the profitability of the companies who (create the) pollution.”

Pallone said that more than anything, the BEACH Act is a “right to know” bill, “that individuals…can sort of be empowered, if you will, with information.”

“Many times the people who report the action or bring it to our attention are volunteers” such as Zipf, he said. “A lot of times the EPA or the (state Department of Environmental Protection) do not have the resources to do that (research and investigation) themselves.”

The more rapid testing for water contamination – from 24 hours to six hours, according to the bill – is essential “because if it is contaminated we want to close the beach sooner;” if it’s not, he said, the beachgoers should have peace of mind that the ocean is clean.

He said the bill also has components that provide resources to track the sources of pollution and study the impact of climate change on coastal waters. 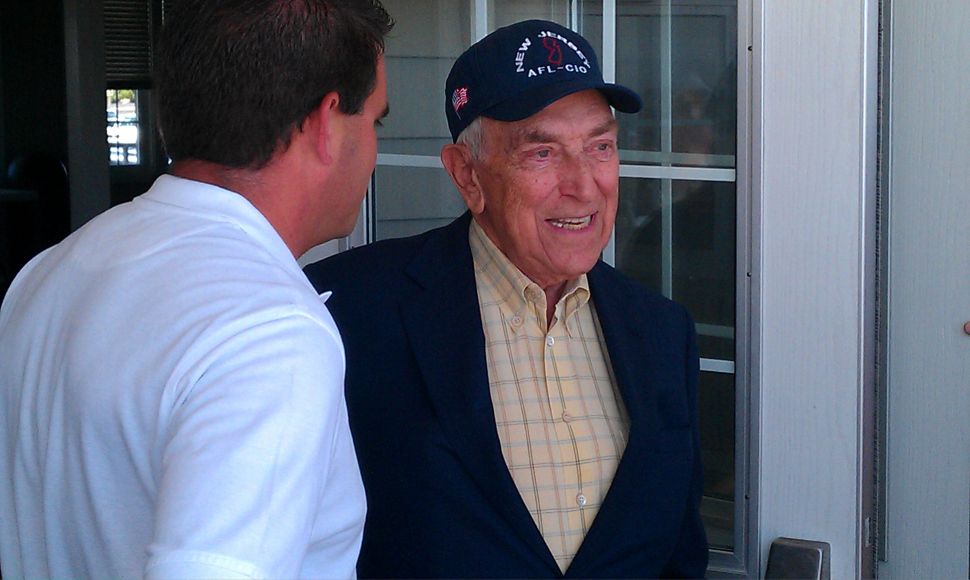