After touring flood sites in Little Falls along the Passaic River and in Pompton Lakes where the Ramapo, Pequannock, and Wanaque rivers run by, Lautenberg told reporters that he was agitated that U.S. Rep. Eric Cantor (R-VA) was putting the brakes on emergency funding. Cantor asked for the spending to be identified as paid-for in the federal budget before being allocated to recovering eastern seaboard states.

The Federal Emergency Management Agency has under $1 billion in reserve, the senator said, and as vice chairman of the Senate subcommittee overseeing homeland security, he will ask for that reserve to be increased to between $5 billion and $9 billion.

Compared to almost $1 trillion on war spending, Lautenberg sees the request as reasonable.

The Passaic River is expected to crest Tuesday at 5 a.m., Little Falls emergency management said, just under the historical high of 17 feet. Lautenberg said the dam in Pompton Lakes was overflowing, “like looking at a giant boiling pot of water.”

Lautenberg said man made global warming is increasing these types of events, even if only evidenced anecdotally by his memory of growing up along the Passaic. “We have to do some work convincing people,” he said.

Asked about the suspension of commuter rail service in New Jersey, Lautenberg, long a champion of public transportation, said he’ll leave the decisions on whether or not to operate to the experts. 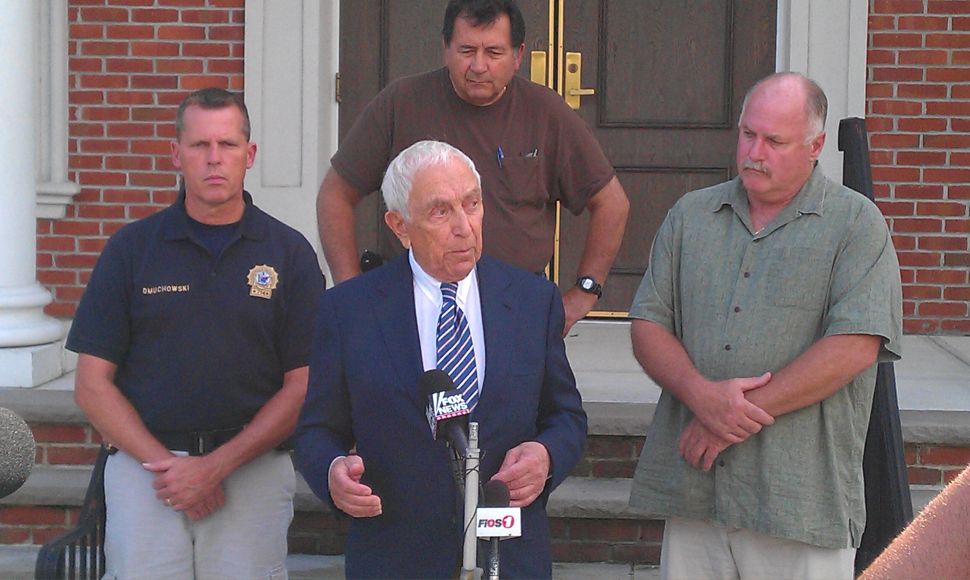