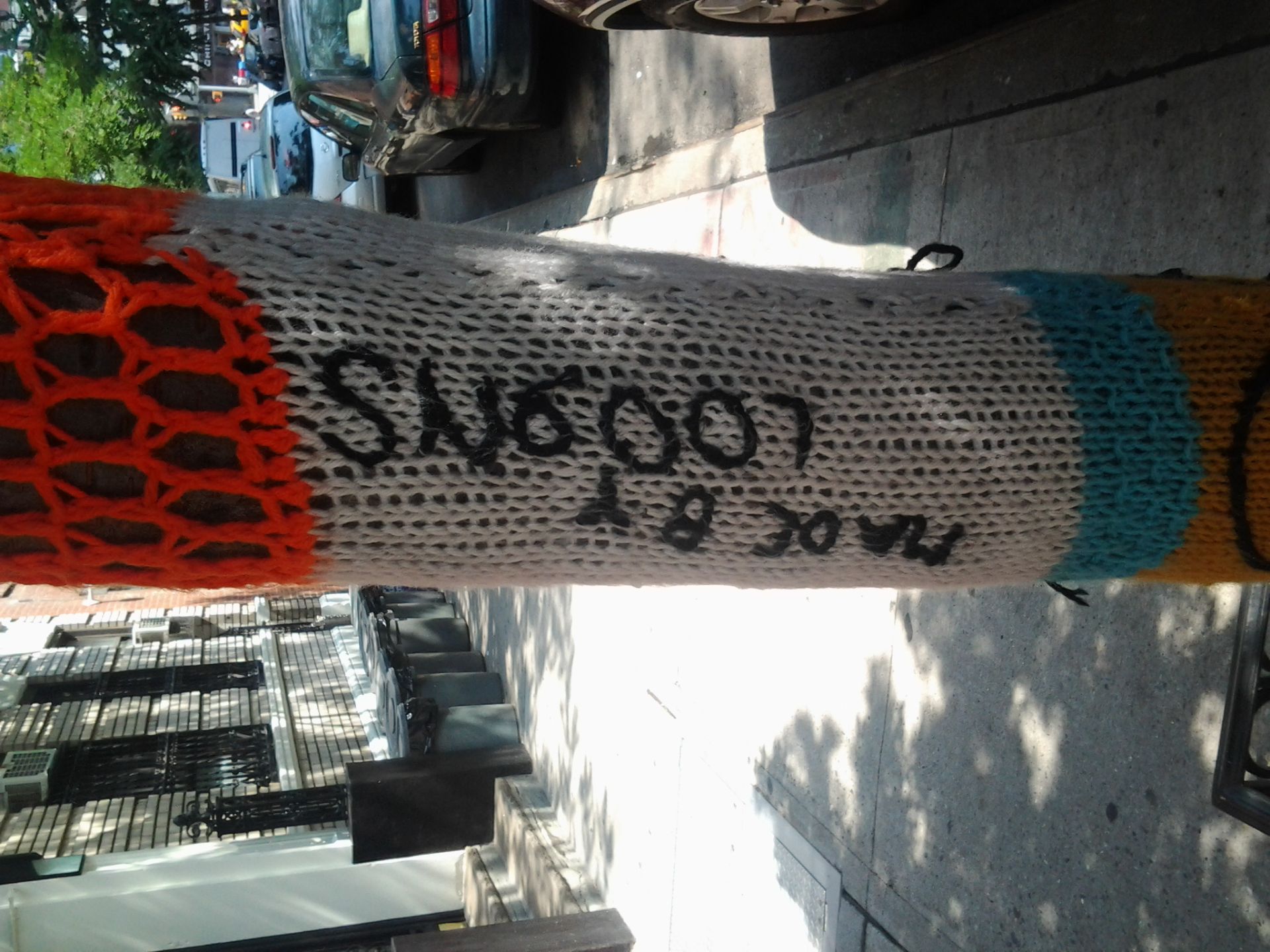 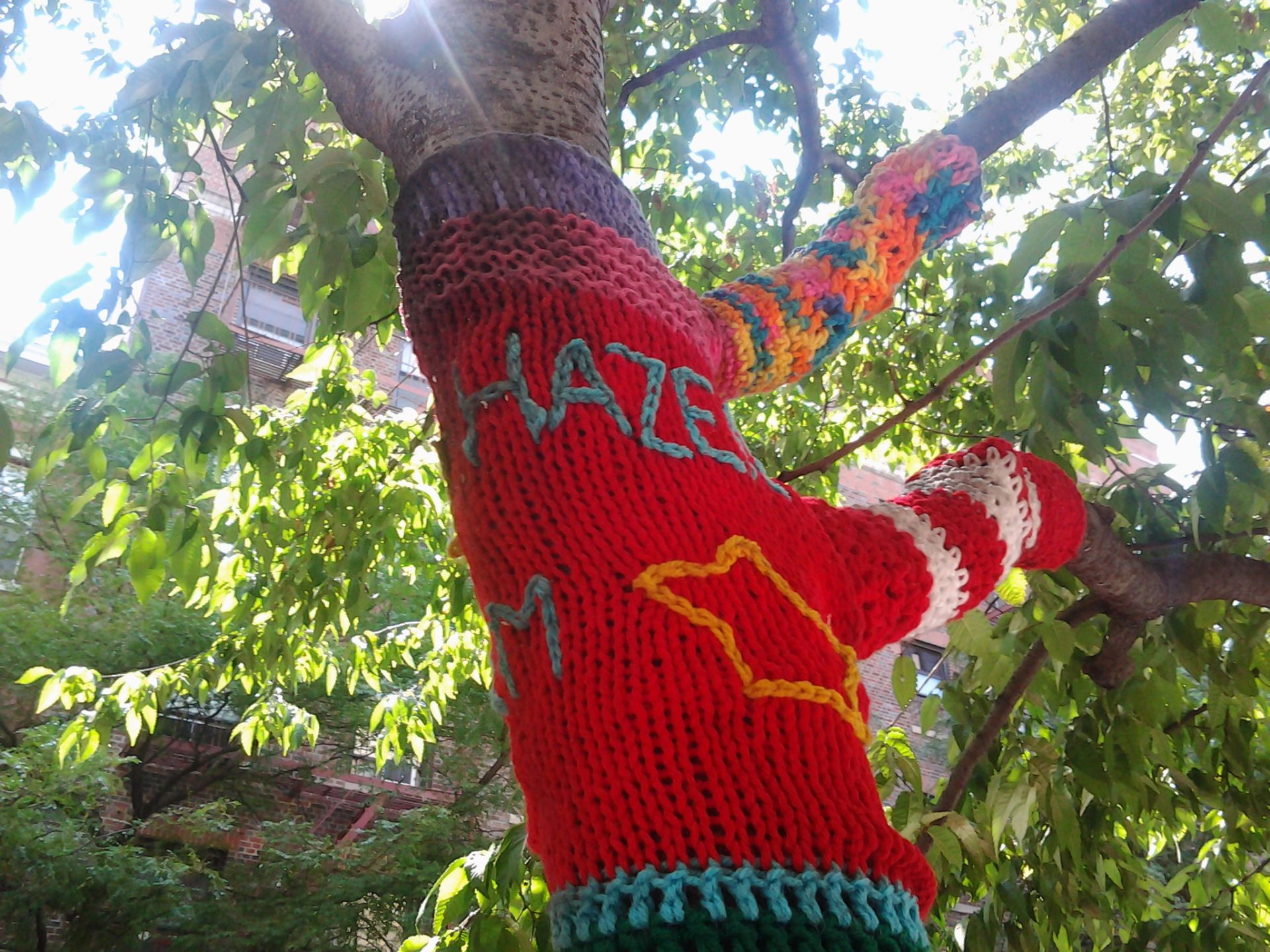 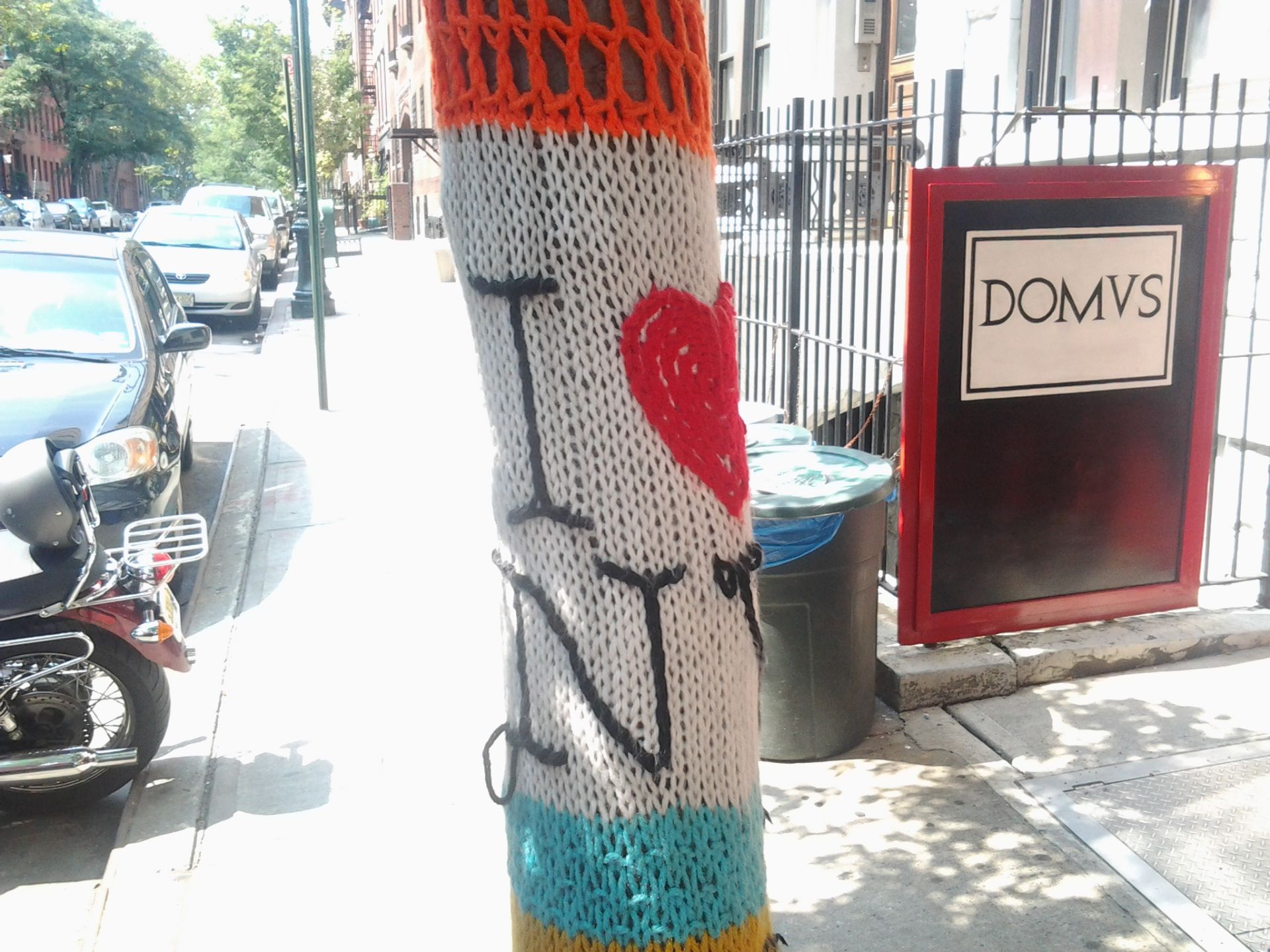 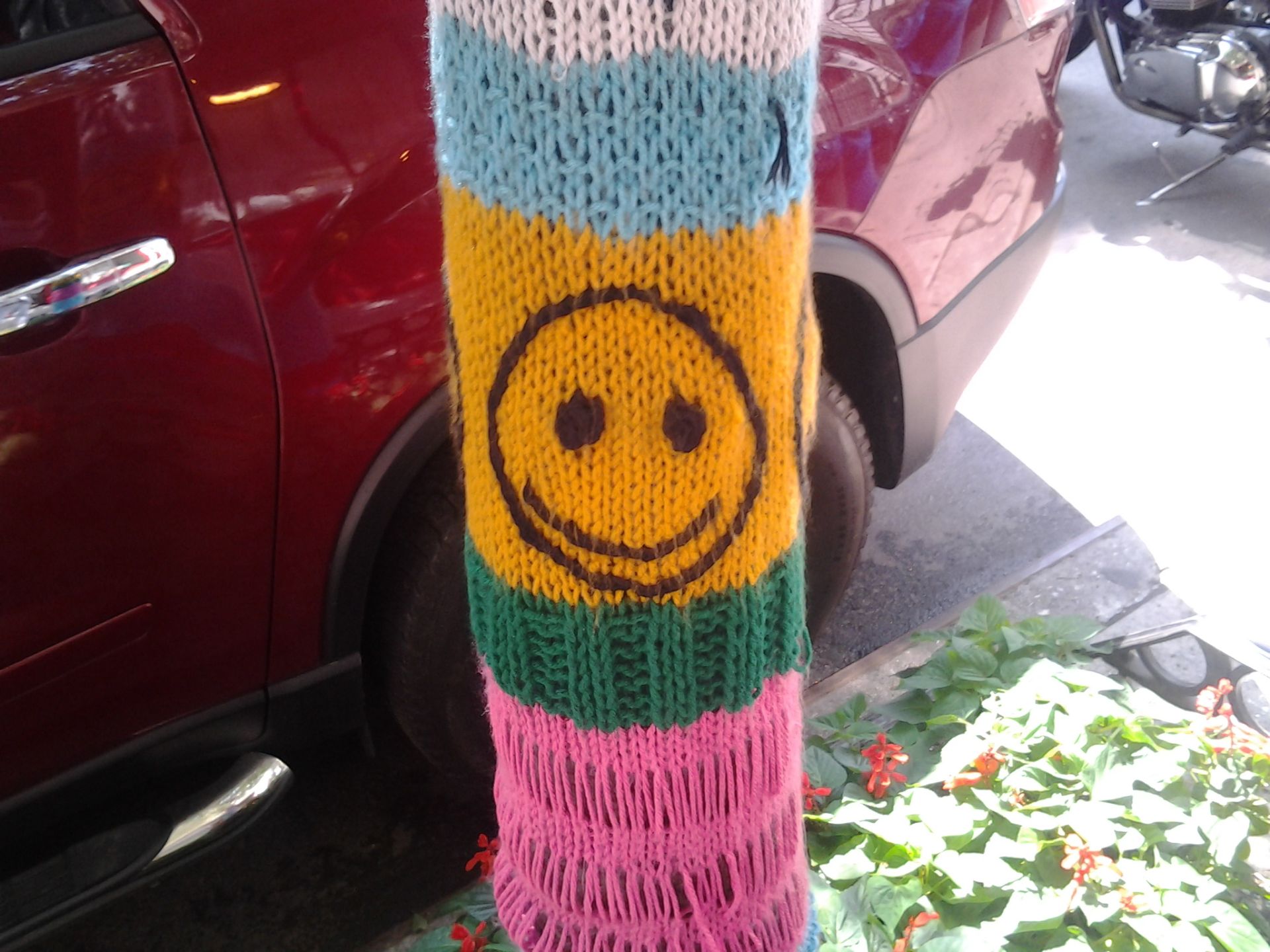 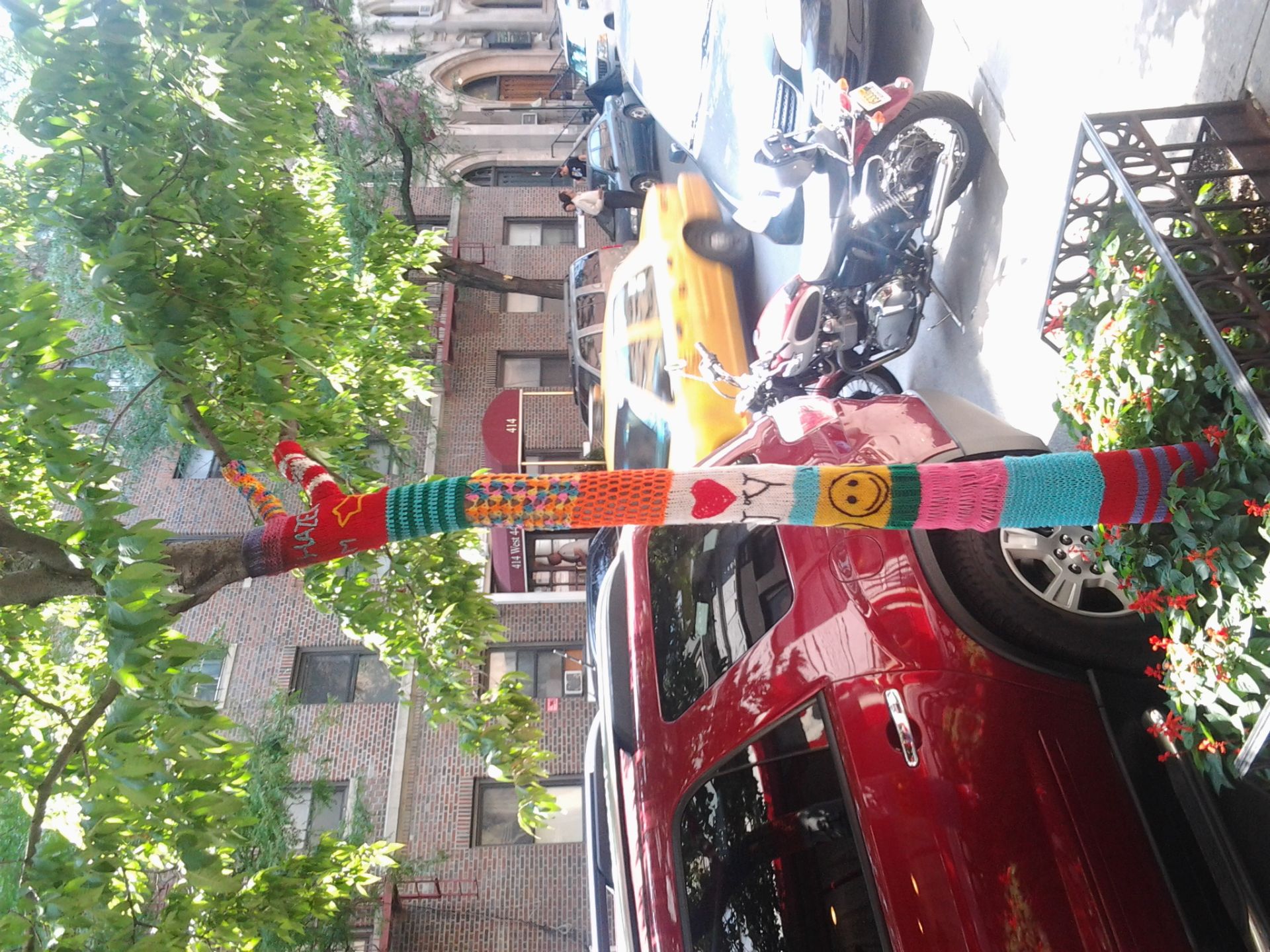 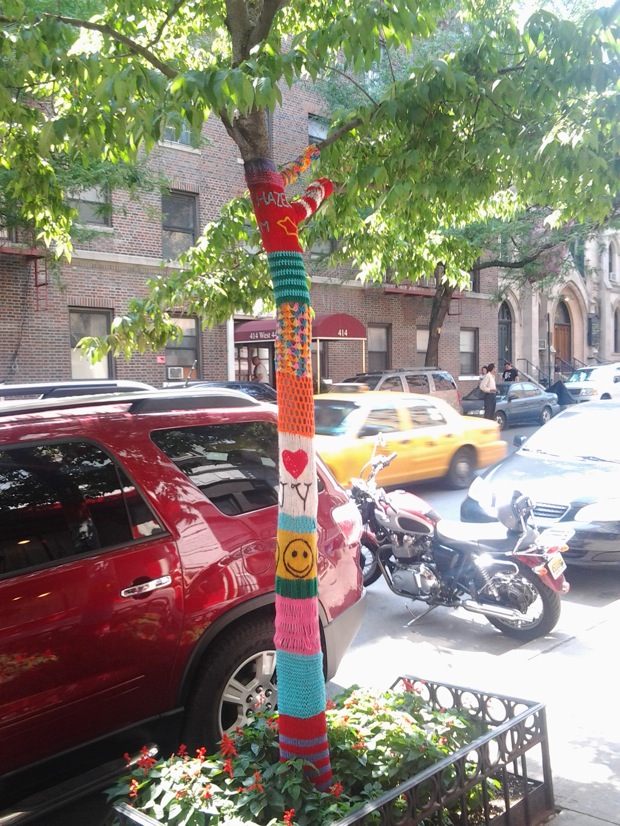 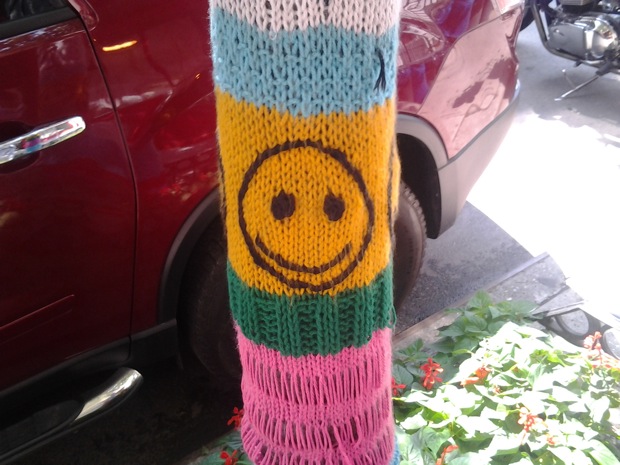 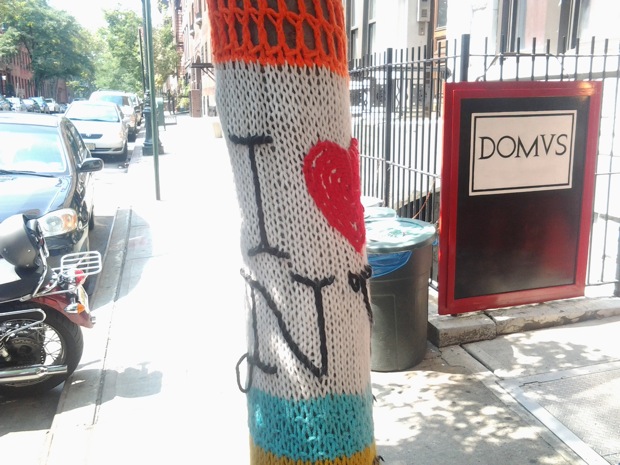 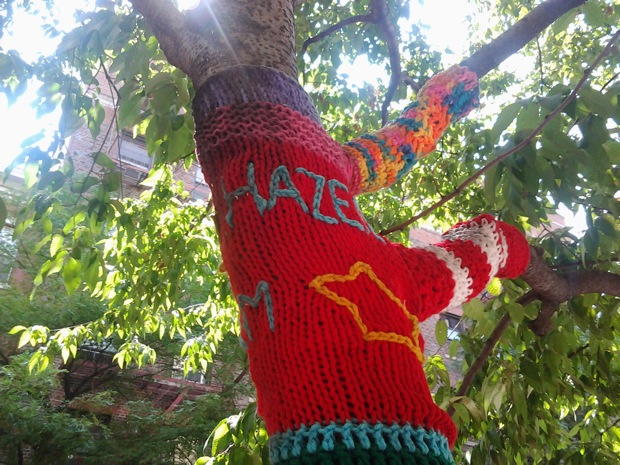 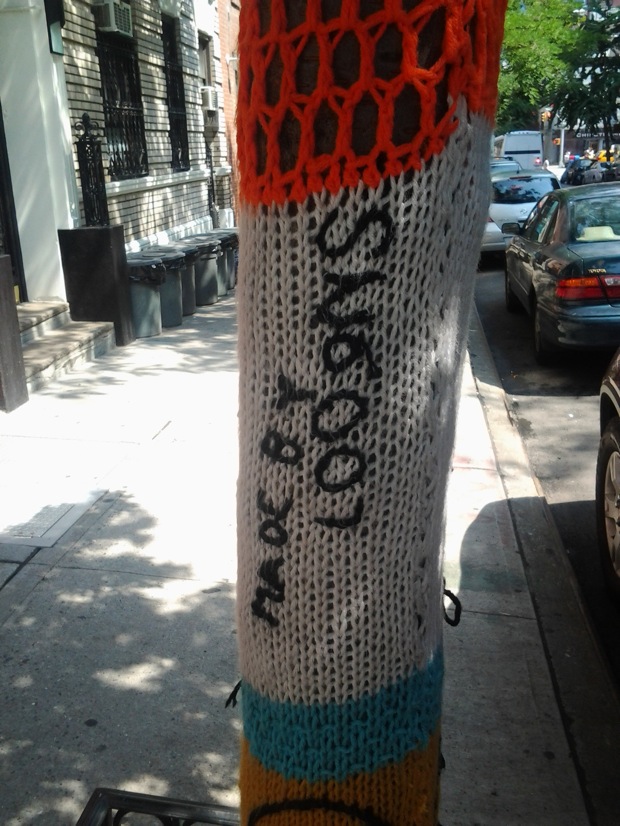 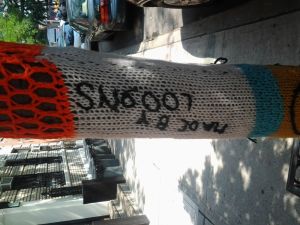 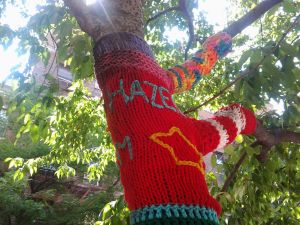 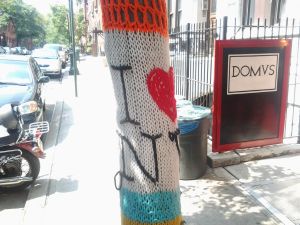 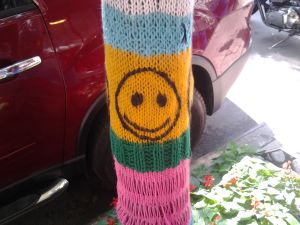 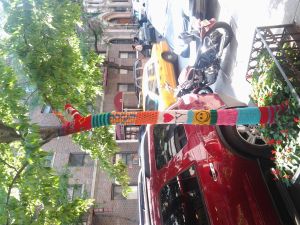 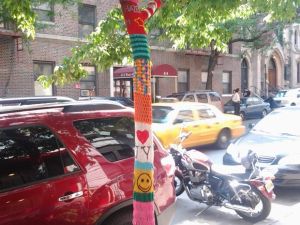 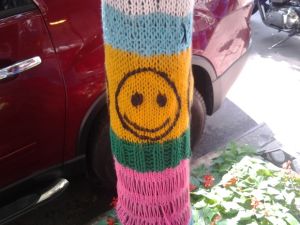 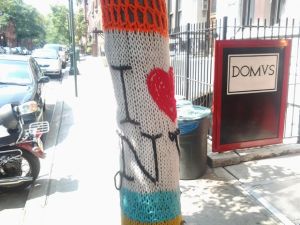 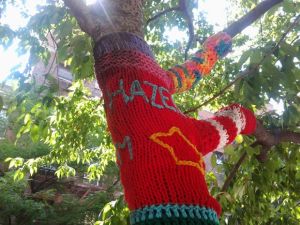 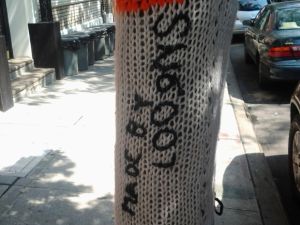 While on our way to lunch yesterday, The Observer passed by a most unusual tree on West 44th Street, a block from the mothership. And no, it was not strange simply because trees are such a rarity in Midtown. Even in the sweltering heat, it had on a sweater. After our sweat-clogged mind cleared, The Observer realized it is, in fact, unusual for a tree to be wearing a sweater, even in November. No, this tree had been yarnbombed.

We thought perhaps it could be the work of well-known street artist Olek, who among other infamous acts stitched up the Wall Street bull last Christmas. The answer is sweeter—both in the gnarly and precious sense—than that. As this YouTube video explains, it is the work of two women who own the shop next door, Domus.

There is an Olek connection—they were inspired by the prolific knitter—but what is even more impressive is they did not know how to crochet until they decided to undertake the project. Which, we might add, has been up for a few months now, with the sad fact that someone’s stolen the butterfly once sewn on.

The Observer needs to look around more on the rare occasions we peel ourselves away from the computer.