On a recent sweltering Saturday afternoon, a group of young men gathered in a dance studio in midtown overlooking Eighth Avenue. The room, oddly but appropriately, smelled faintly of hay.

A grand piano had been pushed to the wall to accommodate a series of folding tables, and a fan was rotating lazily, attempting to combat the 98-degree heat. At the door, a volunteer handed out raffle tickets and solicited pizza preferences for lunch. The guests—mostly in their 20s and overwhelmingly in favor of facial hair and cargo shorts—milled around, but no one strayed far from a table at the front of the room, which was covered end-to-end with My Little Pony merchandise.

Lording over the spread of glittering pastel wares was a stocky man with graying hair and glasses who wore a T-shirt emblazoned with a pink pony and the words “HATERS GONNA HATE.” Hello, his name tag read, My name is Cupcakes.

Welcome to the world of the Bronies.

Brony, short for “bro pony,” refers to an unusual audience demographic of My Little Pony: Friendship Is Magic, a cartoon that began airing on the new cable network the Hub in October of last year. The show, based on the seminal 1980s toy franchise, was created for Hasbro by Lauren Faust, a former writer and director on The Powerpuff Girls. While it is marketed to children, it has quickly amassed a legion of fanboys between the ages of 18 and 35 who obsess over characters with names like Twilight Sparkle, Rainbow Dash, Applejack and Pinkie Pie. Predictably, this has led to some confusion.

“Everyone thought I was a girl,” said a mop-topped young man wearing a Friendship Is Magic T-shirt and a name tag that identified him as Strawberry Spice (Purple Tinker, the head of the Bronies’ New York chapter, calls these alter egos“pony-sonas”). Mr. Spice, 18, was at the Brony meetup partially to establish his gender in person, but also to hand out homemade stickers and pony-themed fruit snacks.

Across from him a slightly older Brony named Sean Levine sat quietly, sketching a series of ponies on a small pad of graph paper. “My hesitation wasn’t that it was a girl show,” Mr. Levine said. “It was that it was a kid show.” Mr. Levine added that he had just finished reading War and Peace. “Being an adult isn’t a bad thing,” he said. “And this show is created by adults who respect their audience. When you watch it you’re indulging in a story you can be vulnerable to.”

It’s easy to imagine such a thoughtful, sugar-coated group originating from convivial Hasbro fan boards, but the Bronies’ origin story is far darker and more complicated. Before there was BroNYCon, which debuted this June in “wonderful Manehattan,” before there was Equestria Daily, a candy-color web hub described by Bronies as the Huffington Post of the community, before there were meetups and raffles and fruit snacks, there was only one major gathering spot for pony fanatics. There was only 4chan.

The /b/ board, strangely enough, is also a haven for those who enjoy more cute and cuddly fetishes. “Before the whole Brony movement, people were attracted to the cuteness of the pony avatars,” said Riley Kilo, a 25-year-old transgendered woman who, prior to becoming a Friendship Is Magic fan, used 4chan to discuss age play, specifically paraphilic infantilism, or the practice of being an “adult baby.” Many came to /b/ as part of other fandoms. “There were Bronies in just about every single group imaginable, from furries to Trekkies to otaku,” said Nanashi Tanaka, the Bronies’ security chief and one of many who were active on 4chan before the show aired. “You can see how word of pony ended up spreading to every corner of the Internet.”

It’s hard to identify a Patient Zero in the pony fandom of 4chan, but Mr. Tanaka remembers an article posted in October 2010 on the /co/ board titled “The End of the Creator-Driven Era in TV Animation.” It linked back to a post on the site Cartoon Brew that targeted not only Friendship Is Magic but also the Hub’s other toy-themed programming, including Strawberry Shortcake’s Berry Bitty Adventures and G.I. Joe: Renegades. “It was pretty alarmist, but it also got a lot of us going over to watch the show,” he said. “We were going to make fun of it, but instead everybody got hooked. And then the first pony threads exploded.” Mr. Tanaka estimates that by February 2011 there were 6,000-plus daily pony threads on /co/.

The trolls descended immediately, especially on the /b/ board, where pony threads had also begun to proliferate, and thus began the Pony Wars.

Ms. Kilo, who admits that she is “not a hardcore Brony” and was skeptical at first, described the Bronies’ appearance on /b/ as polarizing. “There were healthy conversations about how cool the show was, or the importance of nostalgia,” she said. “And then on the other hand there were pictures of big black dicks and dead horses.”

Even on the relatively tame /co/ board, threads were invaded. “Basically we got the cancer treatment from 4chan,” Mr. Tanaka said.

At some point in the fall of 2010, a 4chan moderator decided to take matters into his or her own hands. “They decided that the best solution to the combative atmosphere would be to ban ponies,” Mr. Tanaka said. “‘Ponies’ became a banable word, and posting would get you a one-day ban from the site.” (He added that the ban also affected people from animal boards who were discussing real ponies—a senseless casualty.) But for Bronies who were themselves seasoned tech geeks, the ban proved easily circumvented. “Our saying was ‘Banned from /b/, back in 10 seconds flat,’” Mr. Tanaka said proudly.

“It was a civil war,” Mr. Levine said. “Ponies were all over /b/.” He smiled. “And of course the ultimate way to troll on 4chan is to antagonize /b/.” The Bronies fought back with the one thing the trolls didn’t expect: apathy, tolerance and, of course, a whole lot of pony pictures. “The aggressors became more and more enraged that they couldn’t get what trolls thrive on the most: a negative response,” Mr. Tanaka said.

The white flag in the Pony Wars was officially waved by none other than moot himself, who fired the offending moderator and subsequently mentioned the pony phenomenon in his keynote speech at SXSW in March. “My Little Pony … is really popular on 4chan right now for whatever reason,” he said. Not exactly a love letter, but the Bronies celebrated it. “My Little Pony is the only group to take on 4chan and win,” Mr. Levine said. “4chan once took on the F.B.I. and won. So you might say that My Little Pony is more powerful than the F.B.I.”

Bronies may feel safer on 4chan now than they did last fall, but many have decamped to sites like Equestria Daily, RainbowDash.net and the thinly-veiled homage site Ponychan, which were created by members of the community as safe, pony-only spaces for those who can no longer abide the trolls of the /co/ and /b/ boards.
“4chan is known for being hateful, but ponies are all about love!” Mr. Spice said.

Mr. Levine agreed. “4chan is the manifestation of absolute cynicism and apathy,” he said. “For that to be the cradle of such a caring movement … ” He trailed off, as if in disbelief, then regained his confidence: “As a community, we’ve become extremely bored with putting up with other people’s shit.” It’s worth noting that the feeling appears to be mutual.

“People on 4chan seem a bit tired of ponies,” said a Brony named Aether Naut. And indeed, when The Observer posted a query about the /b/ board’s current feelings about the show, we received in reply a photograph of a woman’s anus.

“4chan is full of a lot of broken people,” Mr. Spice said solemnly.

Ms. Kilo was more blunt. “4chan is a total fucking joke,” she said. “I mean, a lot of people spend a lot of time on there. If it gets down to the war of net neutrality, 4chan will be the last thing standing. But it’s the worst website in the world.”

Shaun Scotellaro, who runs Equestria Daily under the alias Sethisto, said that he started his blog less as a reaction to animosity on 4chan and more because he worried that Friendship Is Magic needed a unified fan base. “A lot of us were worried that Hasbro would cut the show off at the end of Season 1,” he said (a second season has since been green-lit). “I wanted to keep the pony train going, so to speak.”

The founder of RainbowDash.net, another popular Brony hub, who goes by Cabal, said that he broke off from 4chan “to bring the Bronies out from their anonymous roots and into the open.” (While emailing about scheduling an interview, however, Cabal cautioned The Observer to use his real name when we called his home, asking that we not mention Bronies or anything related to 4chan if someone else answered the phone.)

Any real names in this story are used with permission. But the fact that some Bronies remain closeted raises some questions. Is there a safe place for the sensitive, gender-stereotype-challenging Bronies in the public eye, outside of internal meetups?

“A lot of what happens on 4chan happens because it’s anonymous,” Mr. Tanaka explained. “It wouldn’t be as rude if people couldn’t hide. But by the same token, people wouldn’t be man enough to go out and say, ‘I love ponies!’”

There are some exceptions to this rule, of course, such as the guileless Strawberry Spice, who wears his pony love like a sandwich board. “Everyone who knows me knows!” he said, adding that the pink T-shirt he was wearing—featuring one of the show’s catch phrases—was a gift from his mother. But while being an adult My Little Pony fan has nothing to do with masculinity (despite the moniker, a quarter of the country’s 1,600-plus active Bronies are female) or sexuality (while 5 percent to 10 percent of female Bronies are transgendered, Purple Tinker says that she has never met a gay male Brony), many still grapple with their love of the brand.

We approached a young man with close-cropped blond hair and a vaguely frat boy vibe—Rainbro Dash, according to his name tag—who explained that the merchandise table at meetups is popular because it is the only way many Bronies are comfortable buying pony products. “I’m not sure these guys want to be walking around a toy store carrying My Little Pony merch,” he said. “Dude—it’s bad enough we like the show.” 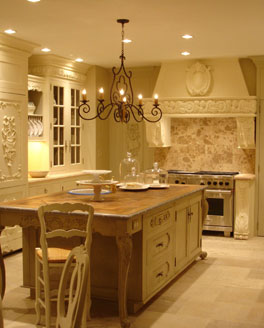