The Port Authority of New York and New Jersey is shelling out more than $2 million per month on three interest rate swaps tied to bonds that either never were issued or have long since been refunded.

In March, Moody’s Investor Services used the three swaps as part of its reasoning for threatening a downgrade of the PA’s credit rating.  That threat was cited by the PA as part of the justification for the massive toll hike approved by the agency earlier this month.

The swaps are basically an exchange of a fixed payment by the PA for a variable one from a counterparty tied to a short term interest rate.  The derivatives, which are essentially a bet with another company on which way interest rates will move, are meant to protect the PA in the event that interest rates soar.  When used as a hedge, a swap is designed to lock in a low fixed rate payment to offset the long term risk of a variable rate bond.  The variable rate payment paid by the counter party is designed to track the rate paid by the PA on the bonds, offsetting each other and mitigating the risk of soaring rates.

When no underlying bond is issued, the swaps become a pure bet on rates. When interest rates are high as they were in 2006 when the deal was cut, the PA stands to break even or make money on the swaps.  But, when rates go in the tank, the fixed payments the PA is forced to make far outweigh the variable payment it receives.

In June 2006, when all three swaps were made, the short-term rate on which the swaps are based – known as the London Interbank Offered Rate or LIBOR – stood at over 5.5 percent.  Today that rate is .29 percent.

The swaps, which have a face value of $647 million, were entered into by the PA at a time when interest rates were on the rise and public finance professionals across the nation were looking for ways to lock in lower rates on future bond issues.

But officials miscalculated the financial picture as the effective date of the swaps coincided directly with the latest recession, which has forced interest rates down to levels never seen before.  The underlying bonds were never issued on two of the swaps and the PA has been forced to pay out millions to the counterparty banks. The third bond issue was retired in 2008, but the swap, which had plummeted in value, remained on the books.

In addition to the losses, the PA was forced to pay interset on its variable rate bonds that was higher than it would have had it not hedged the offering with the swap.

At current interest rates, the PA will pay out $27.7 million more per year than it takes in on the swaps.  But canceling the contracts would cost far more – upwards of $140 million at current market value – leaving the PA little choice but to ride the wave and hope interest rates begin to climb.

Losing from the start

In 2008, the year the PA was supposed to issue the underlying bonds on two of the swaps, interest rates were at half their 2006 levels and the value of the swaps had dropped to negative $197 million.  That year’s financial statement reflects the PA’s concern over the unhedged swaps.

“The Port Authority continues to monitor all three swaps… to determine possible actions to take when market conditions are more favorable,” The 2008 statement said.

In the second quarter of 2009, the Port Authority amended the three unhedged swap agreements to defer interest rate payments until the last quarter of 2010. That agreement included an increase in the fixed rate paid by the PA, upping its annual payout by $3.2 million.  The variable rate payback was also changed

Payments began again in October.  Since then, the PA has paid out more than $22 million.

The PA also has paid an additional $31 million in the past two years to cancel out two swaps entered into in the early 1990s.  Those swaps called for much higher interest rates and were terminated when the bonds they were meant to hedge were refunded.

In addition to the payouts, the PA has paid nearly $800,000 in advisory fees in connection with the three unhedged swaps on the books, putting its total five-year payout on the derivatives at more than $70 million.

“A certain arrogance associated with swaps”

Robert Brooks, a finance professor at the University of Alabama and author of a book on swaps, said the PA was essentially gambling with the public’s money and lost.

“There is a certain arrogance associated with swaps because you are saying you can tell what is going to happen in the future,” Brooks said.  “But we know that generally you can’t predict and things happen that have never happened before.”

Brooks said swaps are entered into as a hedge; however there is tremendous downside to the agreements as the PA and hundreds of other government entities have discovered in recent years.  Managing risk is about preparing for what comes your way, not betting on the future.

“They should be managing their risk the same way these investment banks on the other end of the swaps do,” he said.  “They don’t manage their risk this way.”

Swap experts stress that a market value is simply a snapshot of the swap at a given time.  Over its life, a given swap could turn out to be a solid investment and swaps are not inherently bad under the right circumstances and with the right knowledge of the product.

A spokesman for the PA said the agency has used swaps “very conservatively” and continues to watch the three unhedged derivatives on its books.  The PA has no plans to enter into further swaps “at this time.”

“With the deterioration of the variable rate debt market, swaps would not be used to fix interest rates in refunding,” said Port Authority spokesman Ron Marsico. “Therefore, at this time, the Port Authority does not intend to enter into any further swap transactions. The last swap was entered into in June 2006.”

Earlier this month, the PA approved a sweeping toll hike that will add billions to its coffers over the next four years.  Part of teh reasoning behind the toll hike was Moody’s threatened downgrade of the PA’s credit rating, which the agency based in part on the presence of the three unhedged swaps on its books.

Beginning next month, cars will pay an additional $1.50 to cross the Hudson and PATH riders will pay an extra 25 cents per ride.  Tolls will rise another $3 by 2015 and the PATH fare will jump another 75 cents.

In his statement last week before the board voted in favor of the toll hike, PA Chairman David Samson blamed the need for the hike on bad economic climates, the $11 billion resurrection of the World Trade Center (and other infrastructure projects), and the heightened need for security investments in the region.

The Port Authority is not alone in its usage of swaps as an interest rate hedge.  Earlier this decade, New Jersey entered into dozens of risky swap deals and has paid millions to untangle them.  Governments around the nation have also partaken heavily in the derivatives market, many with little understanding of what they were committing to.

With credit markets booming and interest rates seemingly on the perpetual rise, Wall Street financiers approached municipalities, pension funds and other government agencies with a deal: We’ll cut your borrowing costs while at the same time protect you against soaring rates.  The catch? There was no hedge against losses should interest rates crater.

The result, according to a study by Bloomberg,  is that swap deals have cost governments across the country some $400 billion.

In New Jersey, the state still has 27 swap deals on its books, with an estimated market value in January of negative $400 million.  Earlier this year, New Jersey paid more than $122 million to partially terminate eight of its swaps. 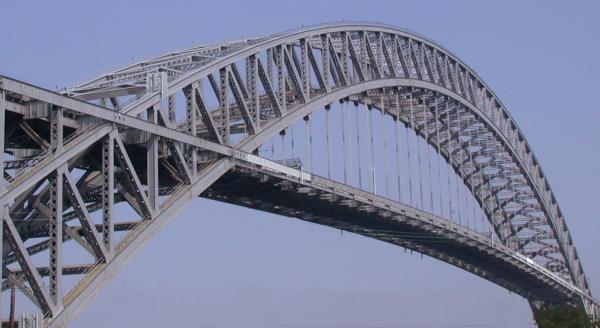