Babs knows the sting of 740 Park Avenue. Barbara Walters, too. She and Ms. Streisand have been among those rejected by the tony co-op that angles toward old money and away from entertainers.

“Its polished granite entrance reeks of the prospects of satin sheets and the promise of the echoes of fine crystal,” architecture critic Carter Horsley once wrote.

Lately, though, the co-op has become bifurcated between the haves and the haves-more. While Blackstone co-founder Steve Schwarzman reigns in what may be the city’s largest luxury apartment, Liz Swig (née Macklowe) faces what is possibly 740 Park’s first foreclosure. The building represents a certain irony of the exiting Great Recession in New York: it was harsh on everybody but the very rich, and the very rich know that better than anybody.

Seven-forty Park was developed by James T. Lee, grandfather to Jackie O. (the future first lady grew up in the building), just as the markets crashed in the fall of 1929.

Soon after opening, the building struggled to attract wealthy residents in the nasty economic climate, eventually turning into a rental. “The building was effectively bankrupt three years after it opened,” said Michael Gross, author of 740 Park: The Story of the World’s Richest Apartment Building.

A. Laurance Kaiser IV, a longtime New York broker very familiar with 740 Park, says that the building remains extremely exclusive, but in a different way than in the past. In the early days, Mr. Kaiser notes, residents were largely “grand industrialists … grand Christian families and the fine, old Germanic Jewish families,” all of whom had substantial wealth and, perhaps more importantly, social notoriety. Today, he says, things are different. “I think these days they’re still selective, but one doesn’t have to be from the American aristocracy to pass the board.”

Indeed. But that might not be the best thing for 740 Park going forward. Here are some of the current residents, as the recession that may have altered their storied building forever ends:

Residents of 740 Park hoping to get a fabulous wedding dress made (for perhaps their second, third or fourth go) need not look far. The designer and her businessman husband moved into the duplex in 2007 with their two daughters. Ms. Wang purchased the apartment, spanning the 10th and 11th floors, for $23.1 million from the estate of her father, cosmetics tycoon Cheng Ching “C.C.” Wang.

In 2010, Ms. Wang ran into some pricey problems with Uncle Sam regarding the property when the Smoking Gun revealed that the designer and her husband owed nearly $350,000 in back taxes dating from her 2008 return.

Mr. Thain, the former COO of Goldman Sachs and the former CEO of the New York Stock Exchange, and his wife purchased the penthouse duplex on the 17th and 18th floors in 2006, paying $27.5 million for the two-bedroom, three-bath. He was named the president of Merrill Lynch around the same time, but was ousted soon after Bank of America bought the teetering bank in 2009. Mr. Thain was roundly criticized when it was revealed that he spent over a million company dollars to redecorate his office at Merrill Lynch in early 2008. (The Observer wonders if he was allowed to take that now infamous $87,000 area rug back home to 740 Park.) The designer responsible for the ill-fated refurbishing, Michael Smith, also decorated Mr. Thain’s residence at 740 Park, according to media reports. In addition to his work with Mr. Thain’s family, Mr. Smith redecorated the private quarters of the White House when the Obama family moved in.

The media matron lives at 740 Park with her husband, who reigns as king, er, president of the co-op board. Author of the choice title Beauty Junkies: In Search of the Thinnest Thighs, Perkiest Breasts, Smoothest Faces, Whitest Teeth, and Skinniest, Most Perfect Toes in America, Ms. Kuczynski is a master of all things aesthetic (she is also, it should be noted, a former staff writer at The Observer and, later, at The New York Times).

It may not come as a large shock that after Mr. Becker proposed, his enfianced allegedly Xeroxed her ring and sent the image around to friends.

Mr. Stevenson was himself blown off by the board in his first attempt to buy into the co-op, according to Mr. Gross’s book, but was finally allowed to purchase a 16-room apartment (previously owned by Henry Kravis) with wife number 3 (Ms. Kuczynski is number 4). 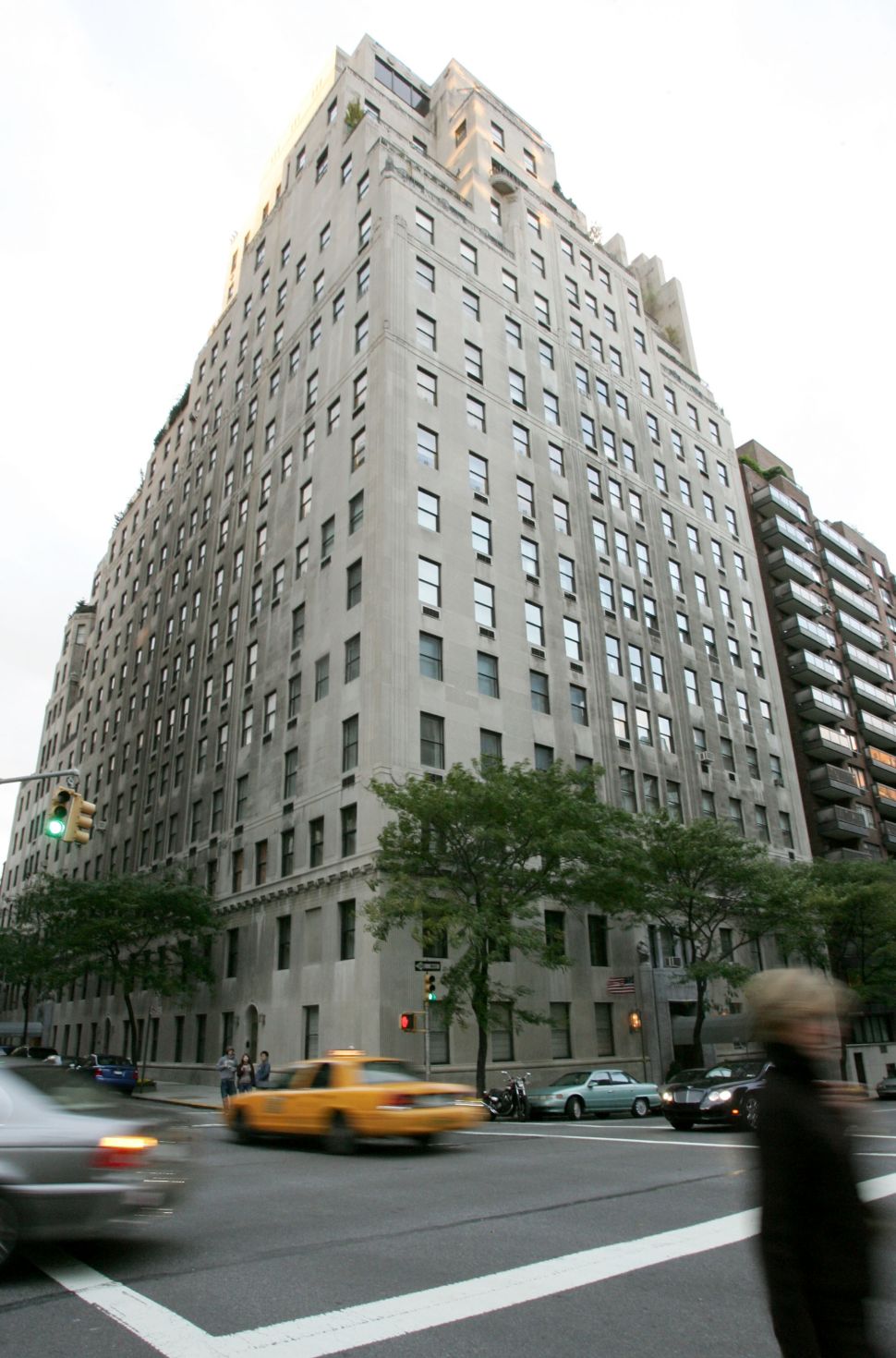