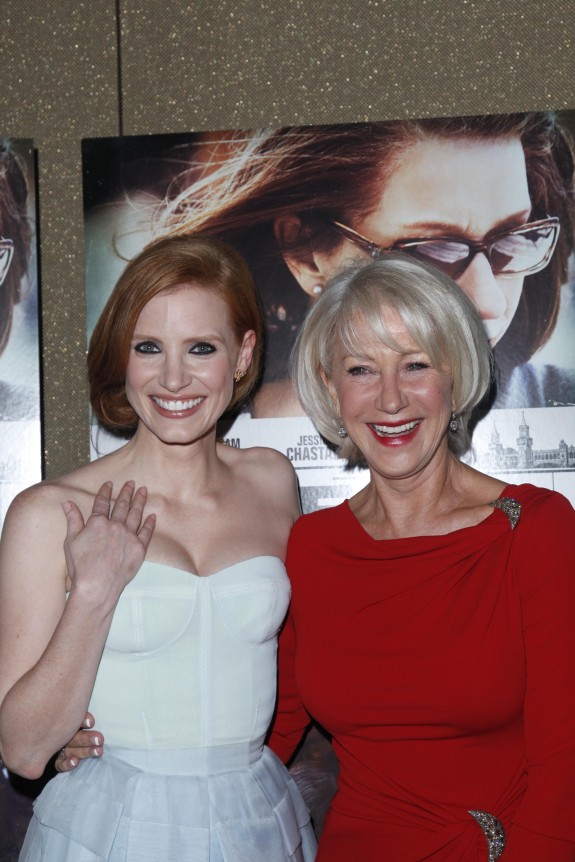 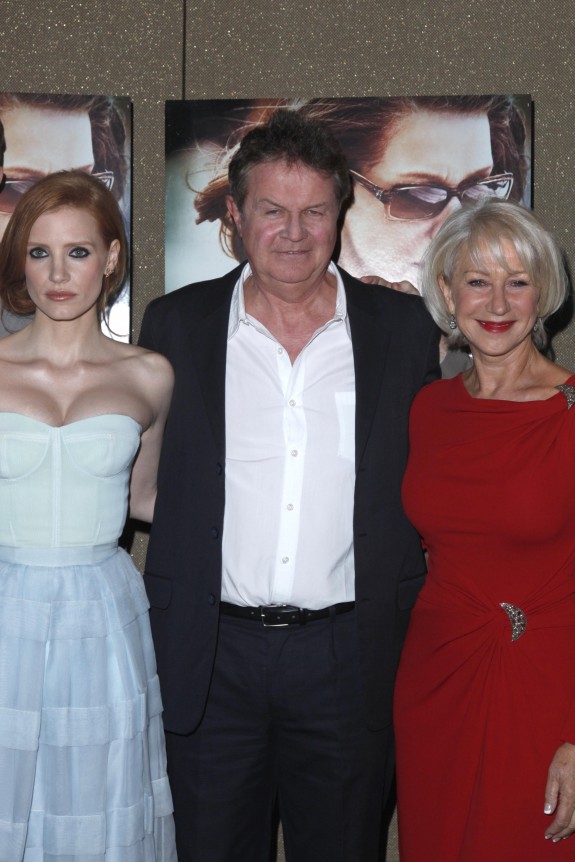 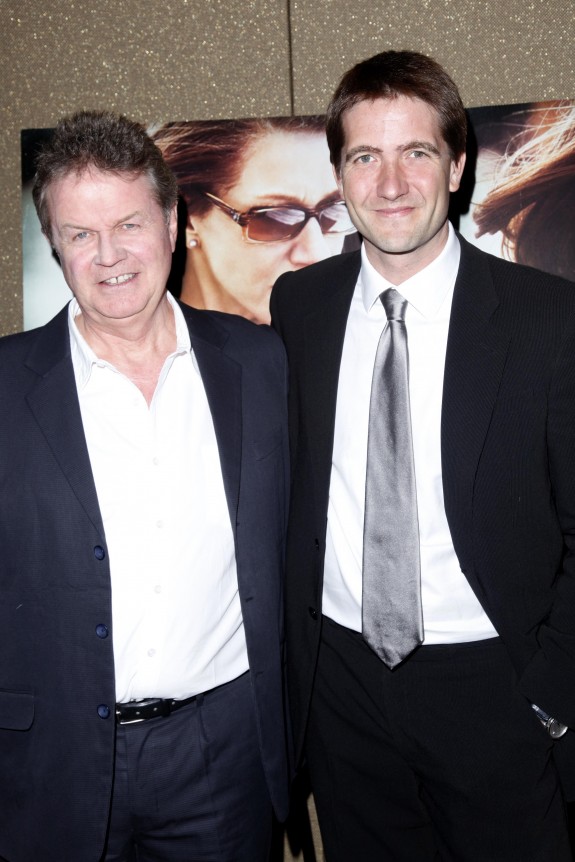 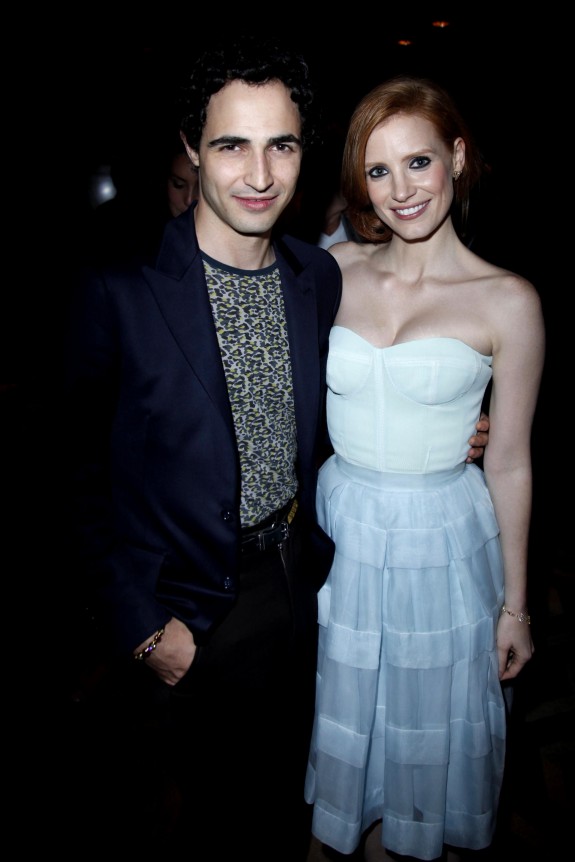 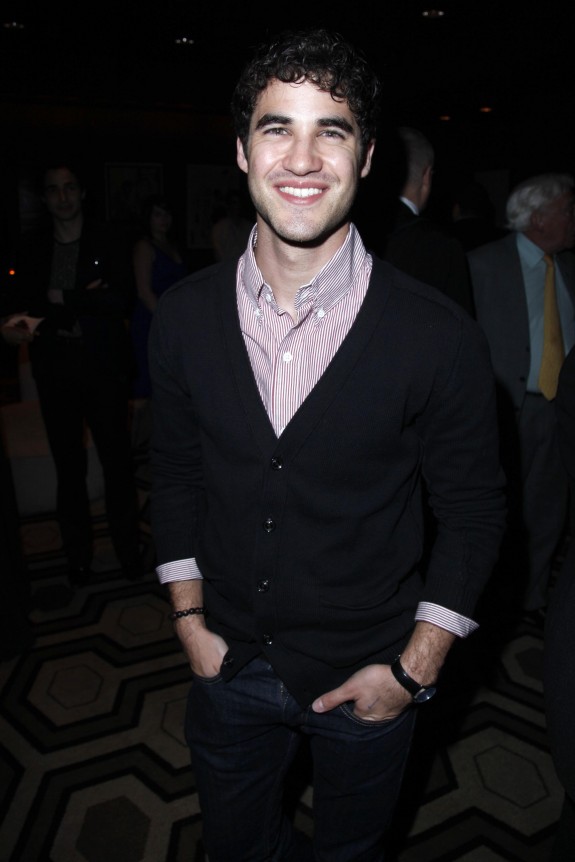 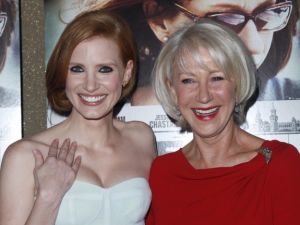 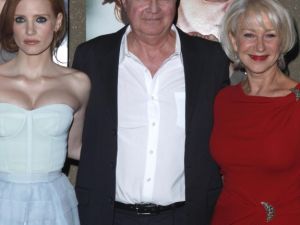 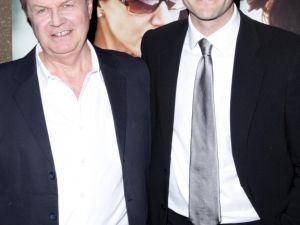 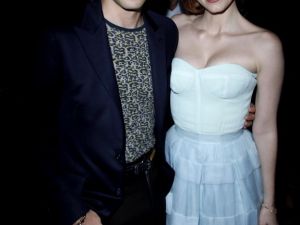 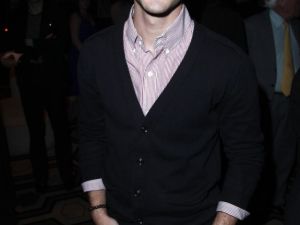 The Tribeca Grand Hotel transformed into a star-studded venue yesterday for the movie screening of The Debt.  As camera crews lined the red carpet eagerly waiting for the stars, reporters indulged in gossip and movie critiquing. “No, she slept with this guy and got pregnant with him but actually loves this guy” a reporter exclaimed, pointing towards Sam Worthington in a desperate attempt to explain the romantic angle of the film to another reporter. Her words trailed off as Helen Mirren entered the room.

Dressed in a bright red dress by Micheal Kors, all eyes were on the Dame. Graciously posing for photographs, Ms. Mirren was self-deprecating when asked how she felt about 25-year-olds envying her body. “Well I don’t think that is true. And if they know the truth they would go ‘no I don’t want that body, am very happy with mine own, thank you very much.’ There is nothing like the beauty of youth,” she responded.

The Debt is adapted from a 2007 Israeli movie, ‘Ha-Hov’. Directed by John Madden and produced by Kris Thykier, the film follows three Mossad agents, Rachel, David and Stephan (played by Jessica Chastain, Sam Worthington and Marton Csoskas respectively) on assignment to capture a dangerous Nazi criminal, a surgeon of the concentration camp, Birkenau (played by Jesper Christensen). The mission ended with the doctor’s death. Thirty years later, Rachel and Stephan (whose older incarnations are played by Helen Mirren and Tom Wilkinson) hear shocking news about their former colleague David (now played by Ciaran Hinds). To discover the truth, the film switches back and forth timelines uncovering surprising revelations.

Director John Madden spoke to reporters, discussing the structure of the storyline in intimate detail. Asked why he decided to cast newcomer Jessica Chastain, Mr. Madden said he wanted a new actress without baggage, and someone who shared Helen’s tenacity and adaptability.

Jessica Chastain, who emerged on the Hollywood scene this year, wore a white bustier and a white sheer skirt by Dior. When a reporter told Ms. Chastain she was the next Meryl Streep, the starlet gasped. “That is the greatest compliment. I think it’s very soon to bestow that compliment on me. I take it as an encouragement. But I could never be Meryl Streep. She is one of a kind. I can only be the next Jessica Chastain.”

Most guests quickly walked passed, unwilling to humor the paparazzi. As the red carpet came to a close, the stars headed into the theater. ‘The Debt’ releases in theaters nationwide on August 31st.