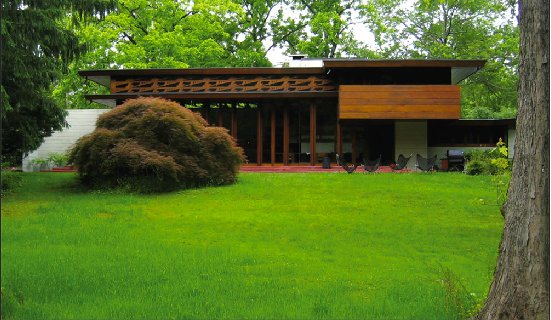 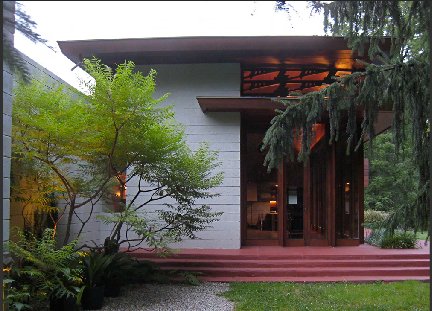 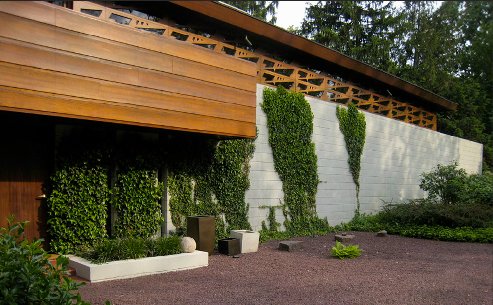 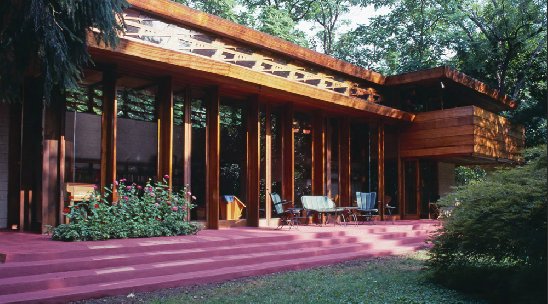 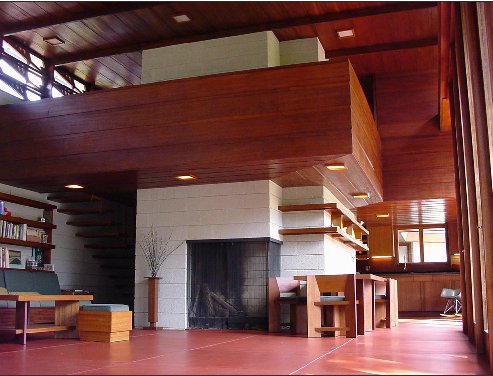 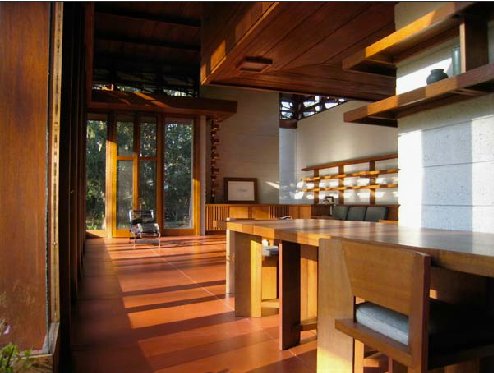 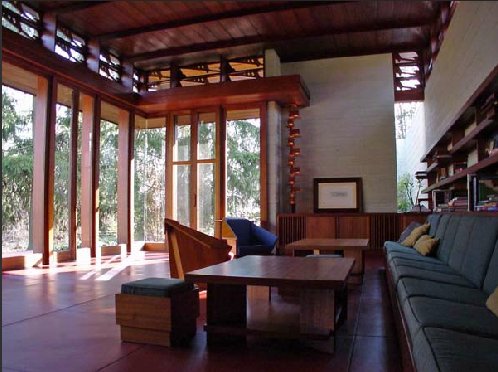 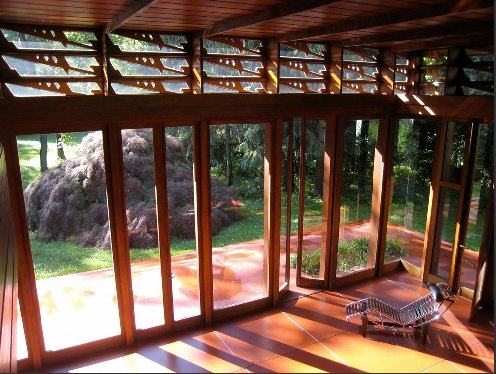 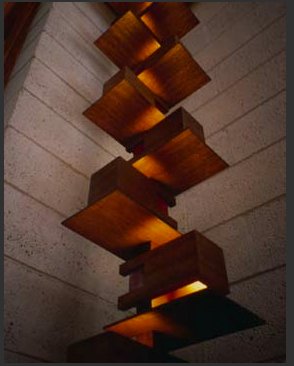 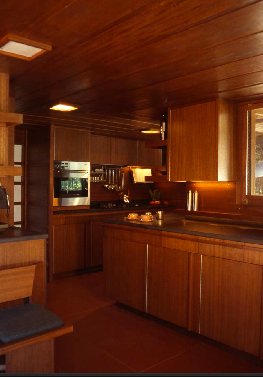 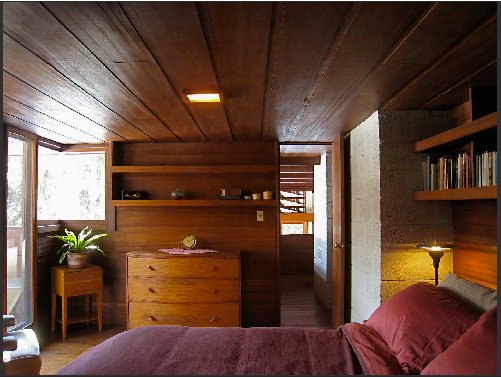 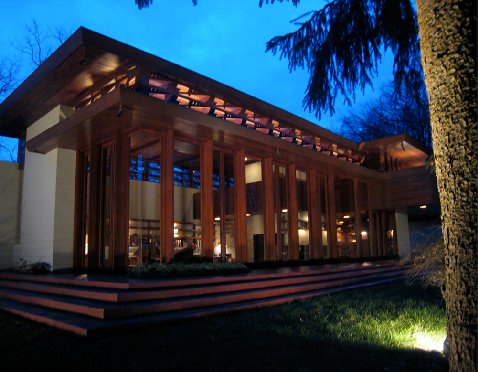 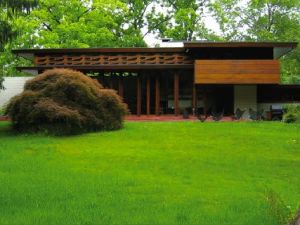 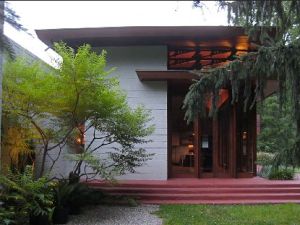 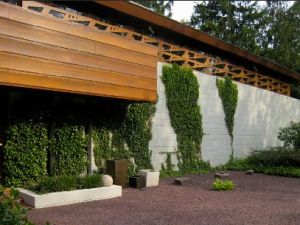 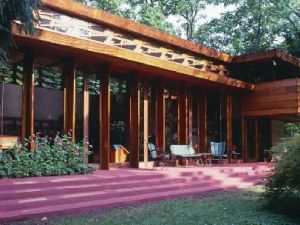 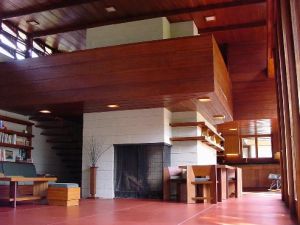 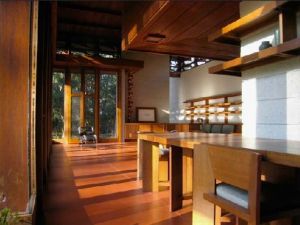 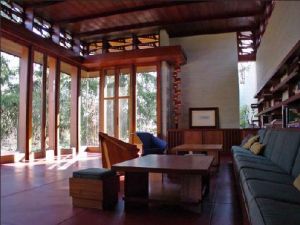 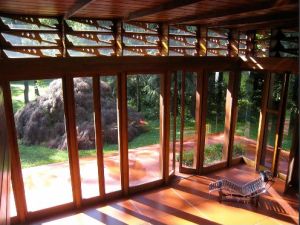 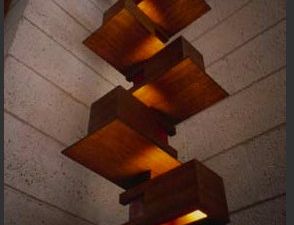 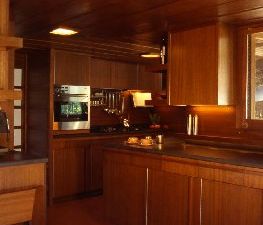 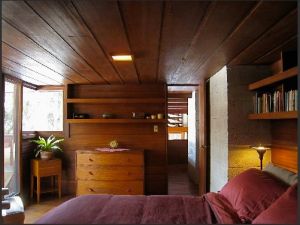 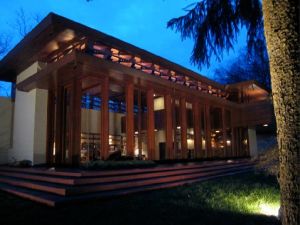 According to its Brown Harris Stevens listing, this $5 million, four-bedroom, 3,200-square-foot classic was built in New Jersey in 1954, and moved to Sagaponack because… wait for it… it kept flooding in its original location.

CORRECTION: Due to an error in our reading of the listing’s text, we mistakenly understood the house to have already been transplanted to Sagaponack. In fact, the home remains in New Jersey and the listing price is for the land that comprises the proposed new site and the home itself.

It’s textbook Lloyd-Wright, with everything built-in to the gorgeous wood exterior and sitting on two acres of land that the architect would clearly want for the house to be used in context with (even if it wasn’t the land he built it for).

Unfortunately, this house that has apparently taken a  decade to restore after years of flood damage is now sitting directly in the path of Hurricane Irene.

And, while The Observer hates seeing the potential destruction of an example of the style of an American architectural demi-god, we do like irony, so we have to show a wry smile about the fact that someone could have snapped this up for a cool $5 mil and been waiting to either keep a piece of history or collect on what we hope would be bountiful, hurricane insurance.

Even worse, it could have been you… or can you close escrow by tomorrow afternoon?