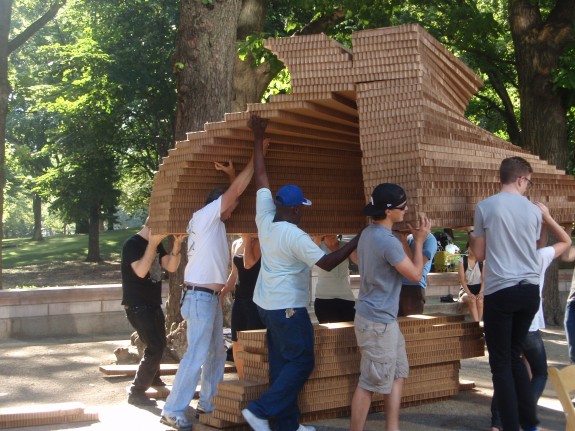 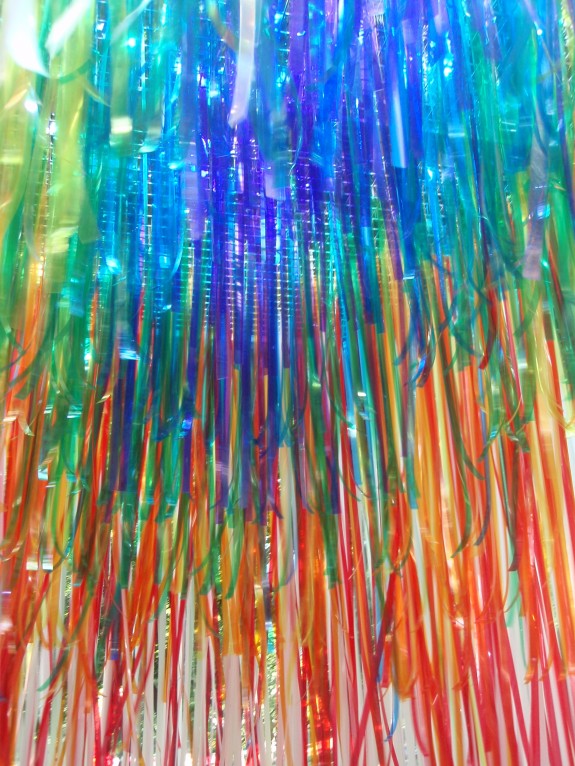 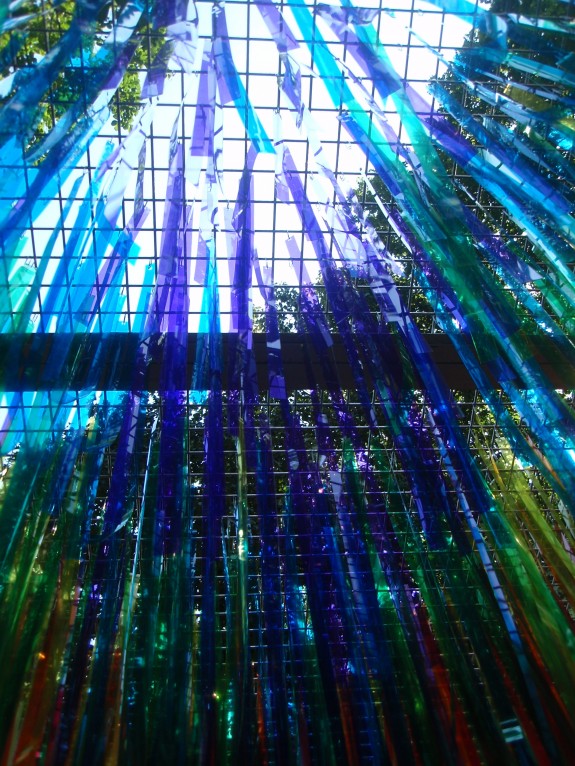 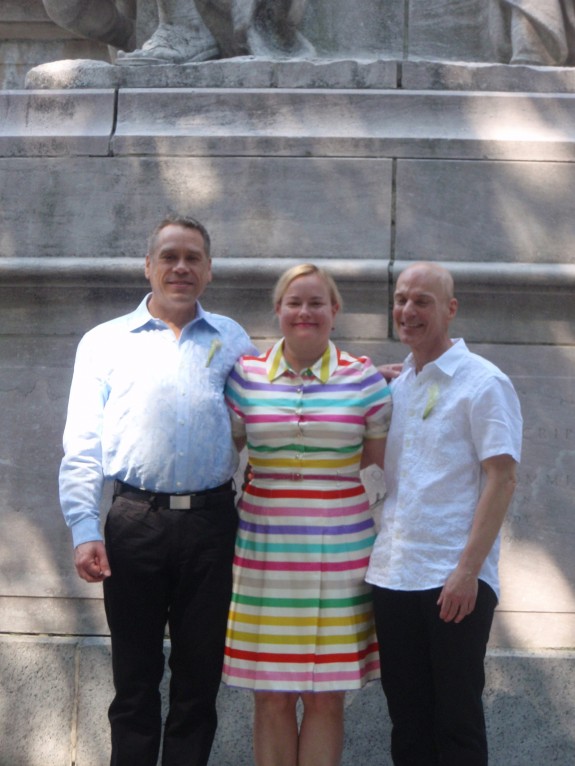 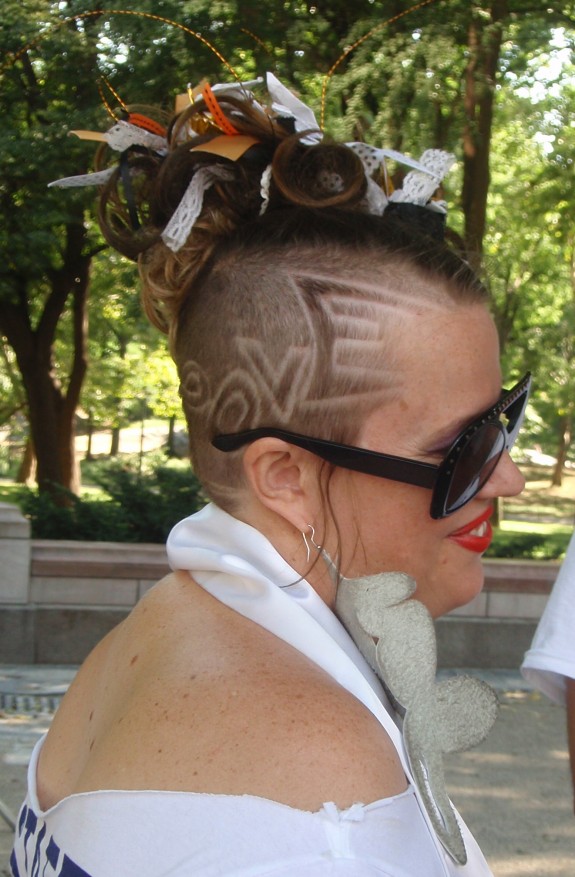 Love is in the hair.
jhanasobserver 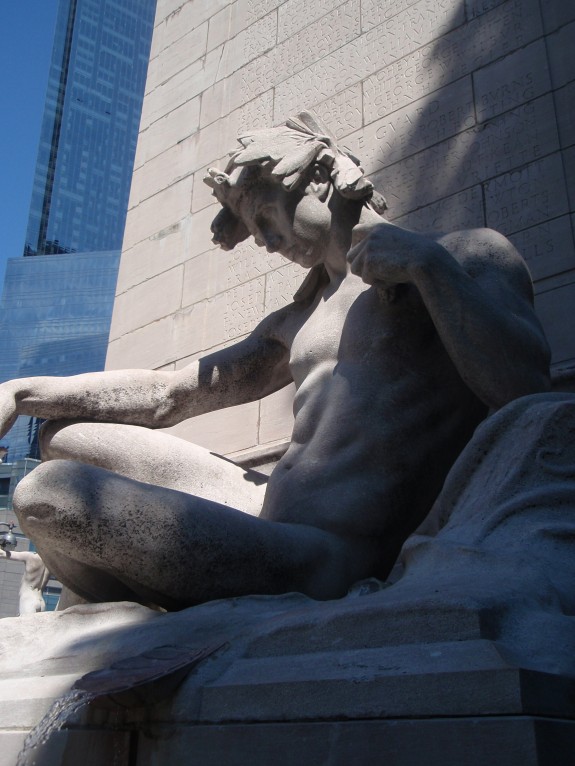 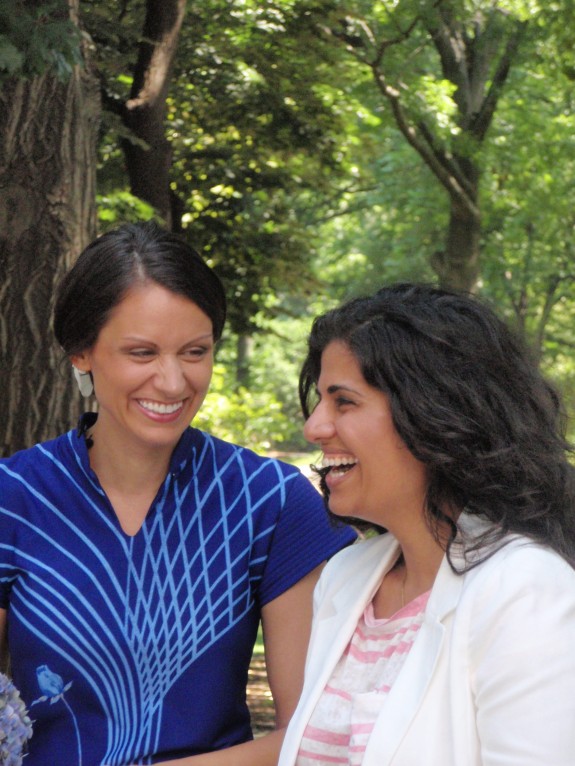 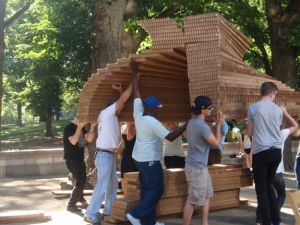 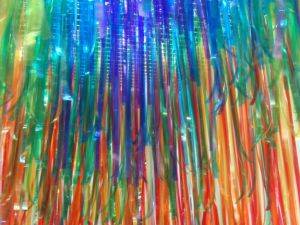 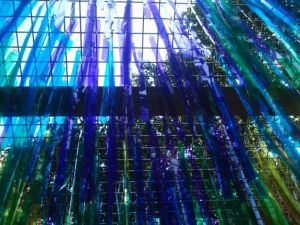 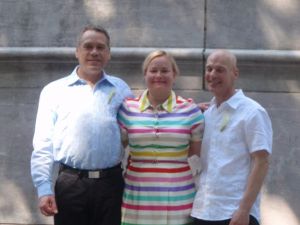 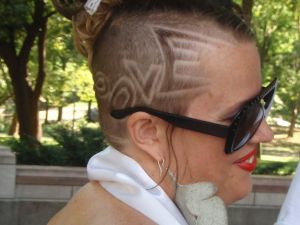 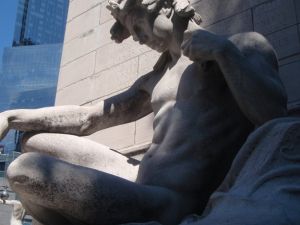 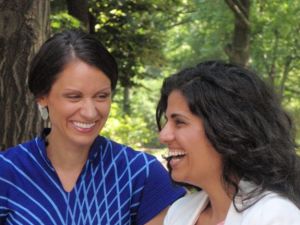 In the days after the same-sex marriage law was passed, a group of friends hatched a plan.

“We got really excited and said, ‘Let’s do free weddings, it’s the least we can do,’” Bex Schwartz, one of the creators of Pop-Up Chapel, told The Observer. She was still bubbling with excitement when we spoke to her a few days before the big day on Saturday July 30.

The group established and executed the whole project from scratch. They coordinated a competition to design the pop-up chapels in which the couples would be married and got permission from Central Park authorities to hold the event there.

The competition was launched only 9 days before the deadline, but even in that short time there were 56 entries for the two winning spots.

“There were a couple of chapel designs that we really liked but they seemed too dangerous for weather contingency,” Schwartz laughed. “The winners really rose to the top on the first look round; we really liked the theory behind them.”

The Observer arrived at Central Park’s Merchants Gate on Saturday just as the ICRAVE chapel’s colored ribbons were let down and the roof of the Kiss chapel by Guy Zucker at Z-A was hoisted up – albeit with some debate as to which way round it went.

Mr. Zucker described the idea behind his arch-shaped chapel. “Both sides are made from cardboard panels so they have the same DNA, but it’s layered differently to create two individuals. They come together in a kiss at top that gives the chapel structural stability, just like two people in a marriage.”

An image of wild poppies growing amongst long grass constituted the chapel floor.

The ribbons of the ICRAVE chapel – which weren’t actually ribbons but strips of plastic – rustled like leaves in the wind and glittered like the stained-glass windows of the nearby Church of St. Paul the Apostle.

“We wanted to create a traditional cathedral on the outside to represent the normality of gay marriage,” designer Robert del Pozzo told us. “But then the chapel is also vibrant and special,” he continued, “just as today is.”

24 weddings took place to reflect the special date, June 24, when the same-sex marriage legislation was passed. Because there were many more than 24 couples wanting to be married at the event, they were selected on a first come, first serve basis.

Ken Lindley, one half of the first couple to be married, spoke to us as his chaperone for the day pinned a flower to his shirt: “We feel our relationship is the strongest out of all our friends, gay and straight. We’ve been together 22 years so this is a renewal of our vows. It’s so nice to be showered with love by so many people, by strangers.”

That love were very much in the air. Or in the hair, in the case of the Rev. Lainie Love Dolby, a volunteer for the day, who had the word ‘love’ shaved on her head.

Mayor Michael Bloomberg, who recently officiated the marriage of his two aides, John Feinblatt and Jonathan Mintz, sent a few words to be read out in his absence: “I was honored to preside over the first gay wedding last weekend,” he said, and pronounced New York the “freest, most dynamic city in the world.”

His message, which opened the ceremonies, was met with hugs and with the ringing of bells.

As Mr. Lindley noted, it was a bit of political theater. But there was intimacy at the ceremonies and it was apposite that we, the audience, couldn’t quite hear the vows of the couples from our position at the back of the outdoor chapel.