“I was extremely proud to recently receive the endorsement of the New Jersey Education Association (NJEA), the state’s largest teacher’s union, for my campaign for State Assembly,” Connors wrote in a letter to the Jersey Journal today, a copy of which his handlers CC’d to PolitickerNJ.com.

“The NJEA has been one of the strongest voices statewide fighting back against Governor Christie’s harmful agenda that has slashed aid to urban and suburban school districts,negatively impacted education in Jersey City and Hudson County and led to higher property taxes throughout the state.They have fought the Governor tooth and nail, standing up to him on behalf of their membership, public school students and their families, and it’s something they should be commended for.”

That letter arrived a day after Stack gave the NJEA a tongue lashing in his own Journal letter, reveling in not receiving the support of the labor organization wounded by Stack’s endorsement of Gov. Chris Christie’s health and pension benefits reform.

The contrast threw up another indication of Stack’s distance from the Hudson County Democratic Organization (HCDO), the establishment party operation that backs Connors.

At Connors’ pre-primary campaign kickoff, the Jersey City cop wouldn’t rule out a future challenge to his top of the ticket mate, Stack.

Today, the candidate delighted in defining himself as the district’s anti-Stack.

“As a member of the Jersey City Board of Education,” Connors wrote, “I have been truly privileged to meet many outstanding teachers, aides and support staff. These people dedicate their lives to making sure the next generation of our country’s leaders are properly prepared to succeed. Teachers — along with police officers, firefighters, and other middle-class workers – form the backbone of American society. That’s why it has been so disheartening to see them demonized repeatedly by the Governor and his allies in Trenton.

“For both our state and our country to get back on the right track, we need to stop attacking the middle-class and promote true shared sacrifice. When I get to the Assembly, I will support an additional tax on millionaires. This revenue should be dedicated for job creation to lower our unemployment rate and get people back to work, and this must include teachers and other public employees. It’s the right thing to do – for our economy, for the middle-class and for our future.” 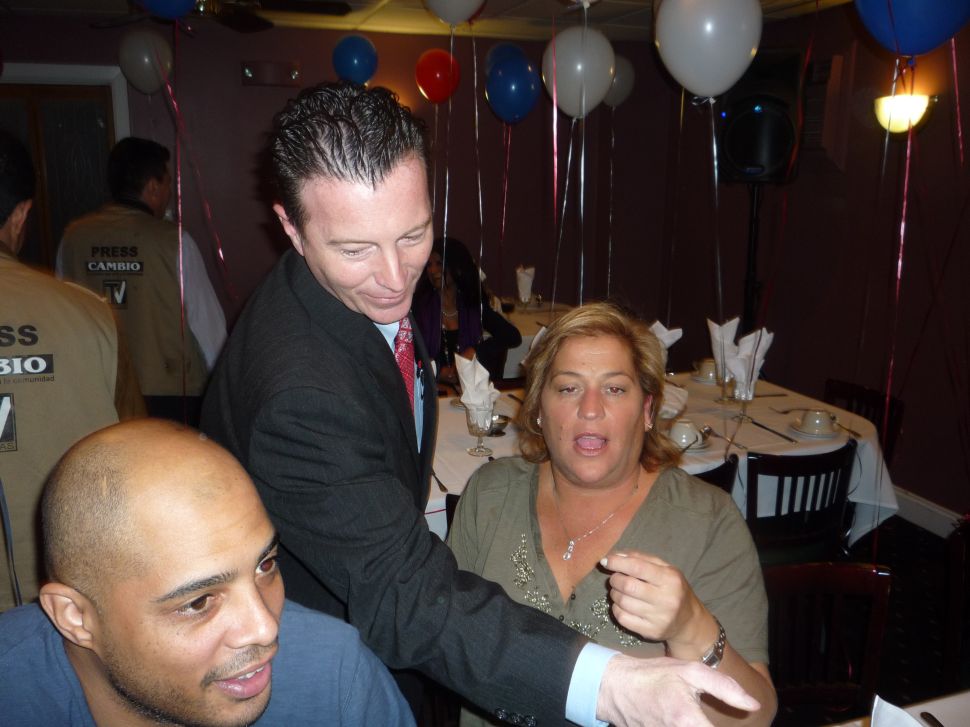