Within hours after a 5.8 earthquake was felt in the Garden State, the New Jersey chapter of the Professional Comedians Association (NJ-PCA) called an emergency meeting to deal with the issue of the possibility of a post-earthquake proliferation of “Chris Christie/Earthquake fat jokes”.

Shecky Noodleman, President of the NJ-PCA, said, “This kind of situation demands the comedy industry deal with this matter swiftly. We’ve had too many amateur comedians making Christie fat jokes at comedy clubs throughout the state like ‘Christie is so fat, he has his own zip code. Or ‘Christie is so fat that in Trenton, state legislators orbit around him’. Those jokes just are not funny, and we need to nip these in the bud before the big Labor Day comedy weekend. Nip it, nip it, nip it.”

Workers at the Statehouse in Trenton noticed the quake tremor—-and felt as if something was shaking their chairs. The building was not evacuated. Fire alarms at a number of buildings throughout the state were triggered by the quake.

Jessica Ligorano, Deputy Director of the Office of the Community Emergency Response Center, immediately issued a memo to her staff to “not make any fat jokes about the governor like ‘Christie is so fat that the earthquake was caused when he jumped into the ocean at the Jersey Shore.’ These jokes are not funny, and any state employee telling such jokes will be disciplined.”

Noodleman shared that this response has been part of the Comedy Emergency Response Plan the NJ-PCA put in place after the proliferation of Gay jokes after Jim McGreevey resigned in 2004.

“We learned our lesson. Back then, you could not go to a comedy club for weeks without hearing Gay jokes like ‘Where did Jim McGreevy consider living in New Jersey after he resigned? Succasunna and Long Branch.’ Or ‘Finally, a Democrat who can honestly say, ‘I did not have sex with that woman!‘”

In other news, this week Congressman Jon Runyan was motivated to reconsider his “position on the so-called science of ‘evolution’ ” after taking his family to see the summer blockbuster “Rise of The Planet of The Apes”. The congressman from the 3rd District said, “When I saw what these apes were actually capable of, it made me re-think this whole ‘creationism theory’. I mean, if they can pick locks, solve puzzles and talk–what’s next?”. 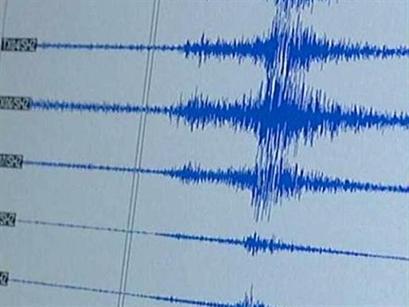