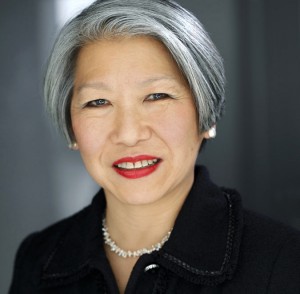 Susan Chin, who has served as assistant commissioner for capital projects for the New York City Department of Cultural Projects for 23 years, has been named executive director of the Design Trust for Public Space.

At the Department of Cultural Projects, Ms. Chin has overseen the city’s Percent for Art program, which mandates that one percent of construction costs on public buildings be used to acquire or construct artworks, which has delivered a Scott Burton  architectural installation to Sheepshead Bay and a Stephen Antonakos neon work to the Manhattan piers, among other works.

The Design Trust is an advisory and research group, founded in 1995, which consults on public projects in New York. It was active in the early planning of the High Line park, and has consulted on a wide variety of other projects involving the use of urban space.

Ms. Chin, who is also a regional director of the American Institute of Architects, and a former president of its New York chapter, has also been involved with the planning of recent building projects like the new Museum of the Moving Image in Astoria, El Museo del Barrio’s renovation and the new Bowery home of the New Museum.