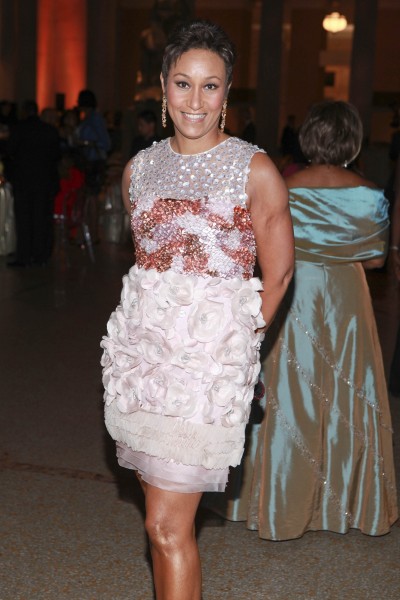 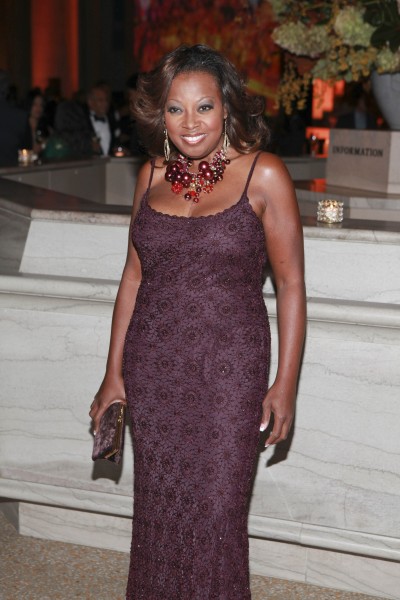 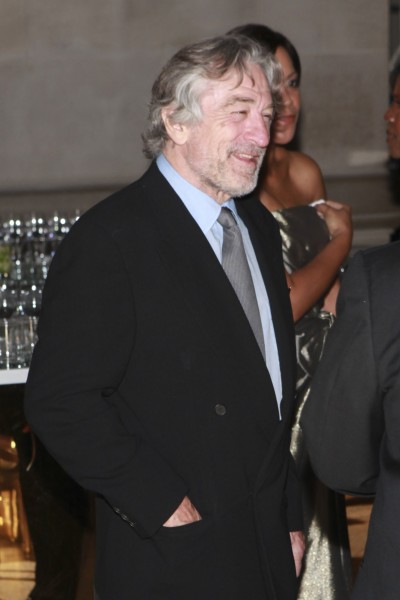 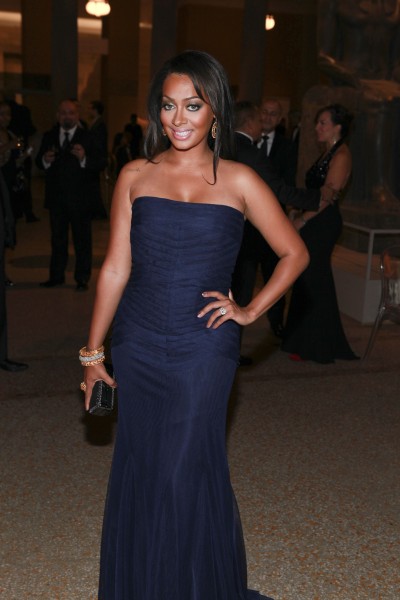 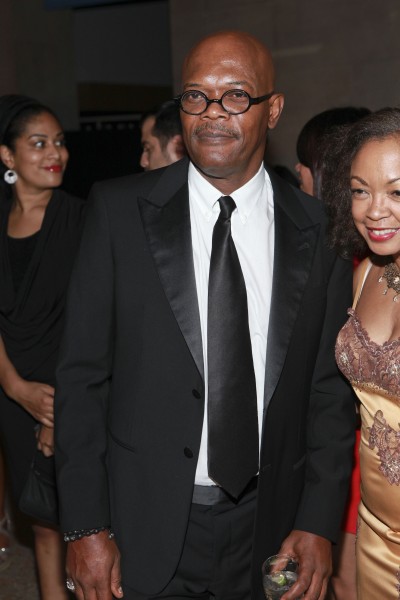 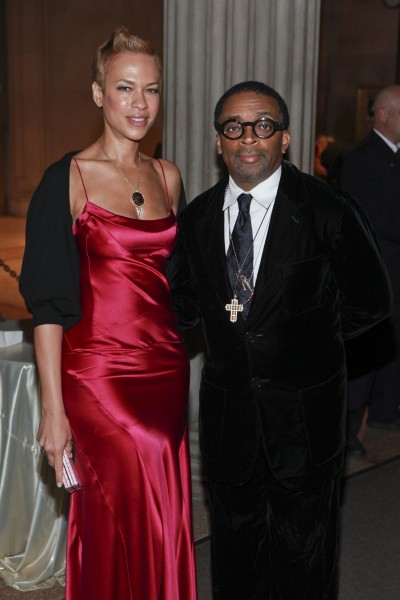 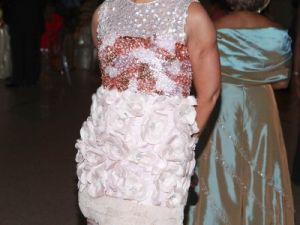 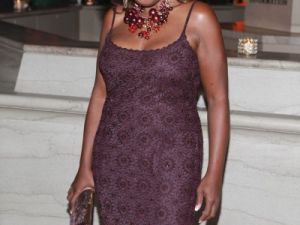 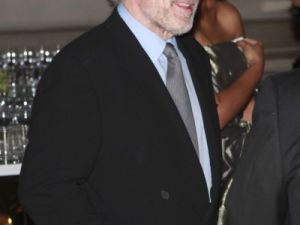 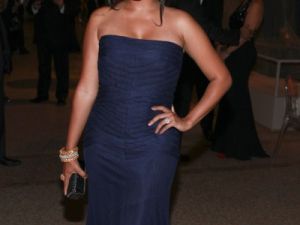 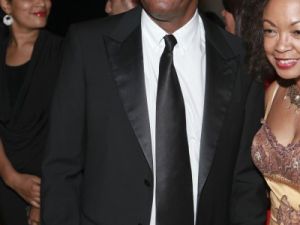 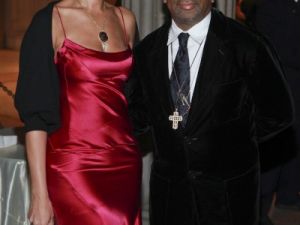 The Observer arrived at the Metropolitan Museum of Art last night as the first guests were arriving for the Multicultural Gala. A small protest had gathered outside, but guests braved their way past the blaring whistles, careful not to tread on the hems of their evening gowns as they ascended up the front staircase. The event was just getting started as we walked through the Corinthian columns and into the museum’s Great Hall.

Inside the Great Hall guests convened to celebrate the institution’s dedication multiculturalism and diversity. The evening honored several people who have shown a commitment to multiculturalism and the arts, among them La Tanya Richardson and Samuel L. Jackson, as well as Robert De Niro and his wife Grace Hightower De Niro.

Guests arrived and mingled in the hall, snacking on mango shrimp, apple smoked trout, and, somewhat unusually, French toast bites with brie and apple, all the while taking advantage of the dual open-bar setup. Waiters flew around serving their hors d’oeuvres with speed and an impressive amount of agility.  We saw one waitress nearly lose her tray of truffled mac and cheese bites on the floor before deftly catching it.  There was just one casualty, “That’s for you,” she said with a laugh before giving the fallen appetizer a vigorous kick into the coatroom. The pharonic statue, a newcomer to the Met on loan from Berlin, sat stoically on the North end of the Hall, hovering over the party with a regal gaze and the shadow of a smile.

Meanwhile, Steven and Daryl Roth, Star Jones, Al Roker and the Met’s president Emily Rafferty hobnobbed with guests, several perching on the startling gold vinyl couches that the museum had rented for the occasion.  The De Niros and the Jacksons were ushered in through side doors, avoiding the ruckus outside. Strange for people who have made fortunes as screen actors, both Mr. Jackson and Mr. De Niro proved elusive and camera shy. They kept to themselves, refusing interviews and passing the entire cocktail hour off in a corner near the bar.

The Observer ran into director Spike Lee who implored us to take a walk with him as he made his way across the Great Hall. We asked how the Met could increase diversity among its patrons. “It’s not just the Met, it’s everything. Have you seen the latest report by the United States Census?” He asked us, peering over the edges of his circular tortoise shell glasses as he waited for a response. What about the Census?, we wondered. “By as early as 2035 white Americans will be a minority in this country,” he said flatly. “It’s not inviting, you know,” he said of the museum, gesturing vaguely to the vaulted ceilings, a giant cross pendant swinging slightly around his neck. “It’s the high art and stuff like that. So we got to go out and really reach out, which they’re doing but just have to do more of it,” the director added before disappearing into the crowd.

As the goal of the evening was to highlight the museum’s diverse holdings, a special collection of traditional African art was made available for guests throughout the evening. The exhibit, “Heroic Africans: Legendary Leaders, Iconic Sculptures” featured a wide array of wooden commemorative statues from West and Central Africa. The vast collection sheds little seen light on pre-Colonial African figureheads, memorialized by contemporary artists through intricately carved wooden statuettes.

Former White House social secretary Desirée Rogers soon appeared on the scene, dazzling in a short champagne colored dress. “I’m excited to not only celebrate the Met but also to celebrate the honorees,” she said, looking across the room at Mr. De Niro and Mr. Jackson who were deep in conversation. Ms. Rogers also expounded on the virtues of diversifying the museum’s visitorship. “The more you can get that word out, the more you can kind of open the arms of the museum and make certain that people continue to visit,” she said.

A New York newcomer, Lala Anthony also entered, looking elegant in a strapless blue gown. “I want to plan a day with my husband here, because he was traded to the Knicks, and our life was just crazy,” she said, referring to her basketballer husband Carmelo Anthony. “Now that things are starting to settle down it would be nice to come, you know, take a walk through here.” And how is New York treating Ms. Anthony? “It’s been wonderful, it’s definitely kind of settling in now… and it’s feeling really good,” she said before heading back to cocktail hour.

Later after a dinner in Temple of Dendur, guests re-entered the Great Hall for late night cocktails.  We caught up with Colombian artist Olga de Amaral best-known for her gold-thread filigreed tapestries. Ms. de Amaral was one of the artists to be honored along with Mr. De Niro and Mr. Jackson.  “I feel very, very proud,” she said. “It’s like a dream,” she added with a smile. She admitted that when she told her friends about the award, everyone wanted to know if she would meet Mr. De Niro. “He’s wonderful,” she said of their brief encounter.

Her husband, Jim Amaral, had a slightly different take. “I remember De Niro very young, so it was a little different to see him old,” Mr. Amaral noted. “No, but he’s great,” he said with a good natured laugh.

Diligent waiters were once again crisscrossing the giant room, this time with delectable desserts in hand. Tiny s’mores, churros, and mini-ricotta cheese cakes were eagerly consumed by guests. A DJ was playing classic party hits, and a few brave guests were dancing near the booth. Most, however, preferred to chat while continuing to make the best possible use of the bar.

We left around 10:30, walking down the steps which by that time had been cleared of protestors. Several joggers ran past, breaking their stride to gawk at the black-tie clad guests who were spilling forth from the museum.