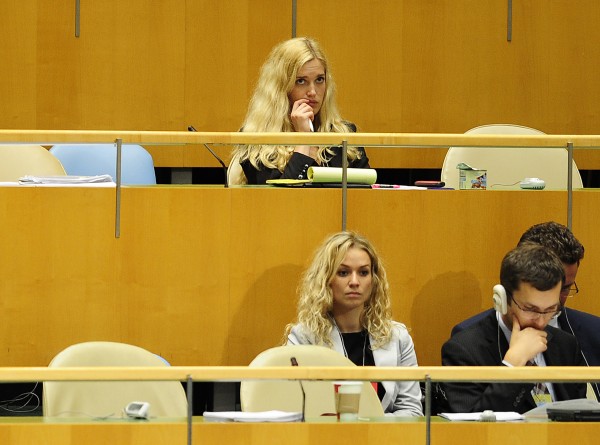 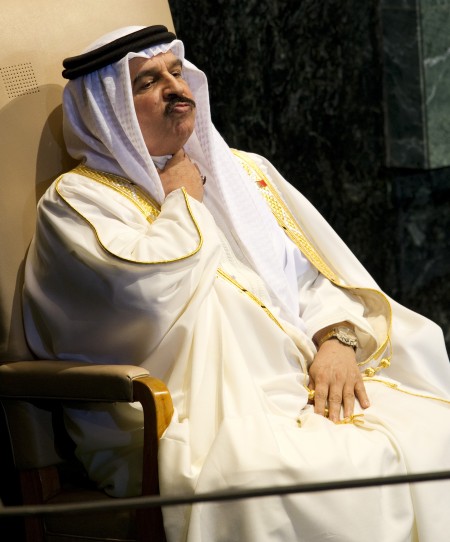 Okay, he already has four wives, but that just means there's room for one more! Plus he's loosened the reigns on Bahrain, giving women the right to vote and freeing political prisoners back '99 and allowing them to run for office in 2002. Recently things have gotten a little bit testy, what with all the blocking of cell phones and Facebook to avoid riots to Bahrain, so just make sure you have a backup country with lax extradition laws in mind for an exit strategy. 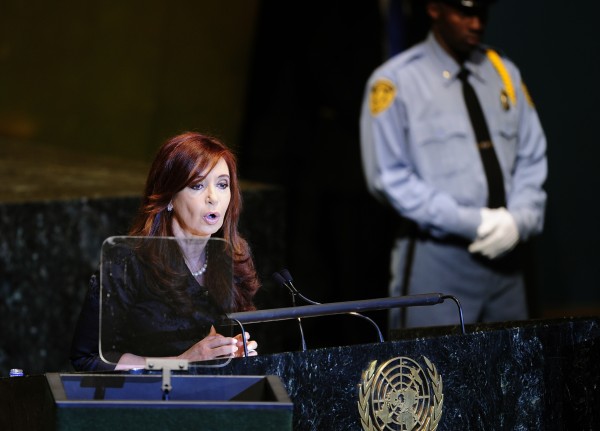 Boom! Ms. Fernández is not only the thirteenth most powerful woman in the world (according to Forbes) but not since Eva Peron has Argentina had such a fashionable leader. And unlike Evita, she's a widow. 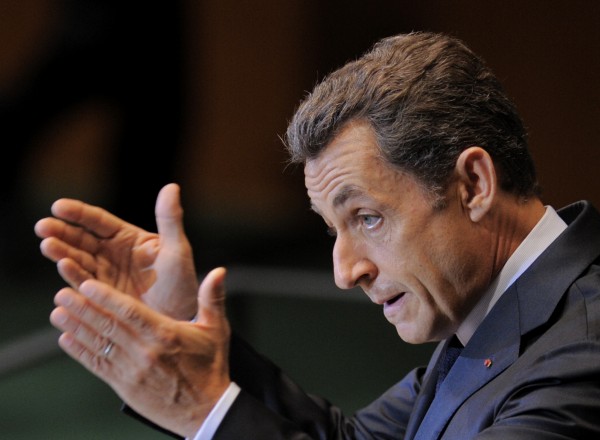 So long, Mr. Sarkozy.
Yes, he's married to hottie Carla Bruni. But you just know that couple loves to party. Worth a shot anyhow, if that hand gesture he's making is what we think it is.
Advertisement 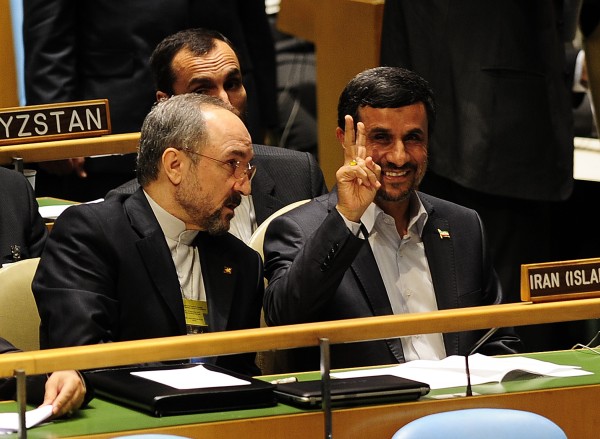 No? Definitely no, right? Still, there's something about such a blatant villain that's just a little sexy, you have to admit. 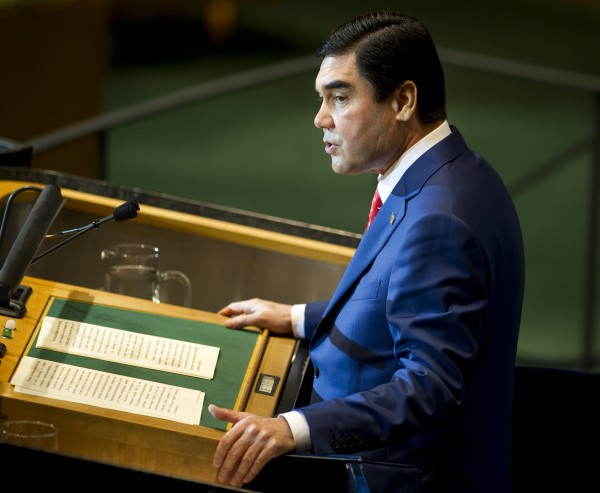 His wife lives in London in son, and he already has a daughter with Russian mistress, so you still have a chance. An interest in dentistry (President Berdimuhamedov's former profession) is a definite plus. 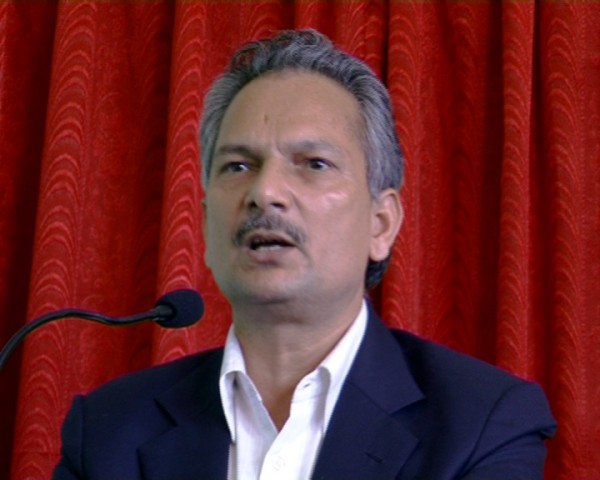 He's a doctor, you guys. Okay, a socialist communist doctor, but when was the last time Nepal had problems, right?
Advertisement 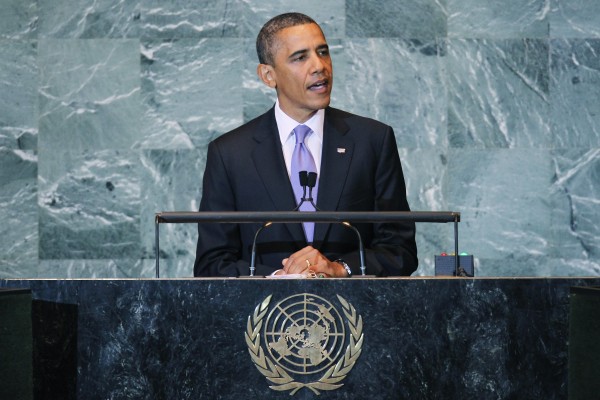 President Obama.
He's not eligible, but he's all ours. 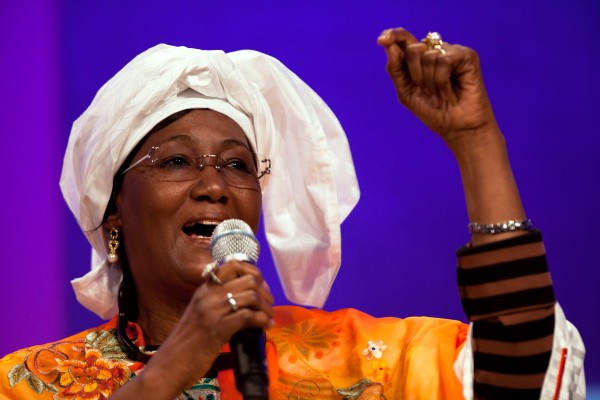 Also off the market, but she's the first female PM of Mali and her style is impeccable. 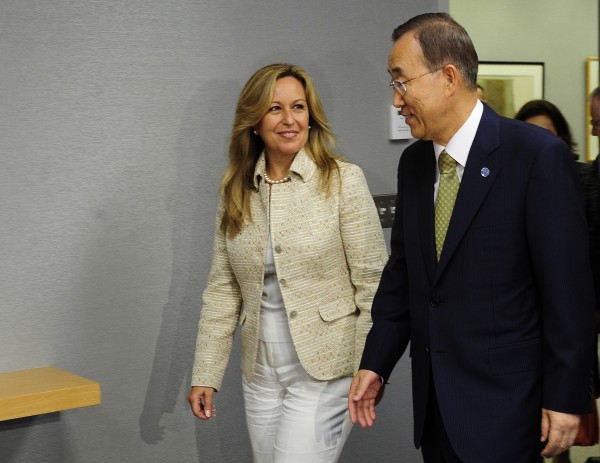 Mo mention of husband or kids, probably because she is always traveling to foreign and exotic locales. She also disagrees with the idea that abortion is worse than pedophilia, so keep that in your pocket for first date conversation. 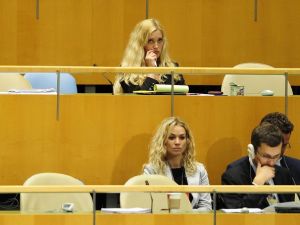 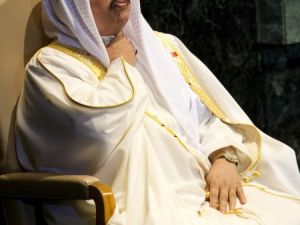 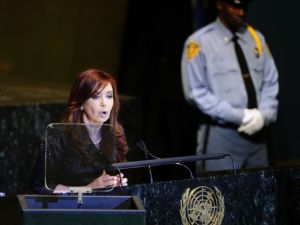 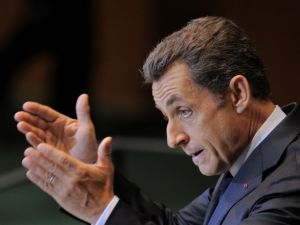 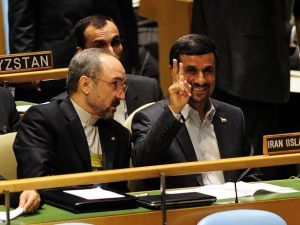 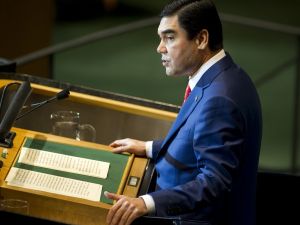 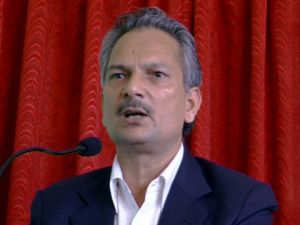 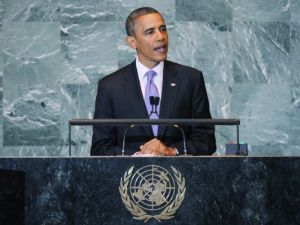 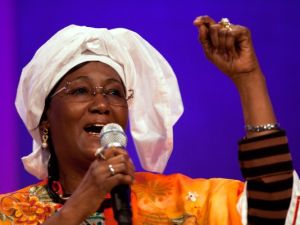 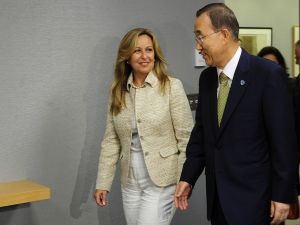 The Swedish always bring the best delegates to the party

You can thank all that traffic in Midtown this week to the 66th session of the United Nations General Assembly, which brought in not only the world’s most important leaders, but all their bodyguards and beefed up security as well. Don’t even try going east of 3rd Ave today, is all we’re saying.

But as President Barack Obama hangs out with Israeli Prime Minister Benjamin Netanyahu and Iran’s ultimate bad boy, President Mahmoud Ahmadinejad, we know the real question on your mind: “Where are all the hotties?”