Maus, Art Spiegelman‘s graphic novel series where Nazis are cats and Jewish people are mice (and the Swedish are inexplicably reindeer) is still the only comic book to have won a Pulitzer. As the story progresses, the art in Maus gets pretty meta — Mr. Spiegelman inserts himself into the narrative by interviewing his Holocaust-surviving father, who is a mouse, (as is Mr. Spiegelman) but at certain parts his character lifts off his mask and behind it there a person. But that isn’t Art Spielgman either, just another facsimile of his persona that he created in attempt to understand his relationship with his own story.

So who is the real Art Spiegelman? And how has Maus stood the test of time now that graphic novels are considered a legitimate and serious art form instead of a totally inappropriate way to discuss deeply personal but also broadly political tragedies? Well, that’s what his new novel MetaMaus will answer, ostensibly by adding extra layers of meta-ness on the cultural impact of the comics since publishing. Oh, and here’s a book trailer, in case you don’t like reading. 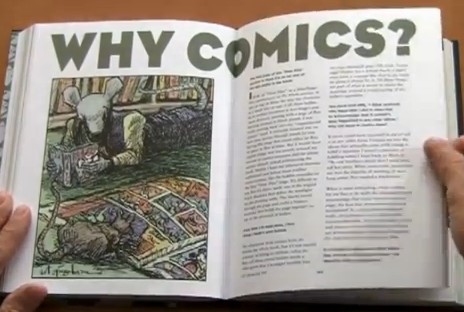