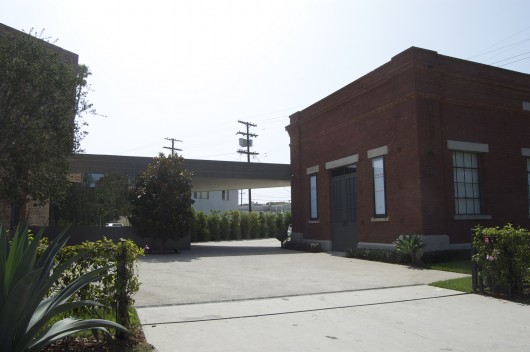 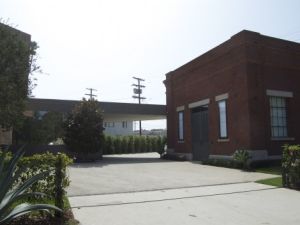 Critical explanations of Robert Irwin’s work almost invariably emphasize the fact that he is an artist from Southern California. He was born in Long Beach, back in 1928, and his delicate, subtle work, we’re told, channels something ineffable about the light and the feel of Los Angeles. We’ve seen much of his work elsewhere, in museums mostly, and loved it, but each time it has felt otherworldly, of a slightly different place.

It’s a pleasure, then, to see Mr. Irwin’s new fluorescent light works installed in L&M Arts’ new Los Angeles outpost on Venice Boulevard, just 30 miles from his birthplace. Titled Way Out West, it’s his first gallery exhibition in the area in 40 years, as the L&M press release notes. With Pacific Standard Time, the Getty-funded panoply of exhibitions about postwar California at area museums, opening throughout the week, the show feels like a momentous event, like seeing the Cubs play at Wrigley Field after a lengthy road trip.

Given the auspicious circumstances, even a modest display of new work would seem like a triumph. Thankfully, though, Mr. Irwin has knocked it out of the park. Stretching across L&M’s two spaces at its Venice branch, his new pieces take Dan Flavin’s trademark fluorescent lights and, with the most subtle alterations, tease out whole new worlds of color. The fluorescent light becomes a medium unto its own, transcending its status as a readymade, suddenly rich with the endless possibilities of a field like painting or video.

Mr. Irwin took fluorescent lights and wrapped them with various gels and lines them in rows, creating long panels that feature subtle gradations of color. It’s often hard to tell if some of the lights are turned on, but look close: subtle, mysterious shades of green and dark rich blues glide into one another in one work; reds and greens and almost-white blues abut in another. They’re uncanny

In L&M’s lofty, artificially lit building, they look superb, but it’s in the gallery’s newly built space, with a wide open sunroof that they really hum. Under natural light, Mr. Irwin’s works—one is tempted to simply call them paintings—transmit a natural, organic aura. It’s impossible to understand how he’s made them. And truth be told, reproductions don’t do their effects much justice. As he has throughout his career, Mr. Irwin has taken seemingly quotidian materials and transmuted them into forms that are entirely his own.