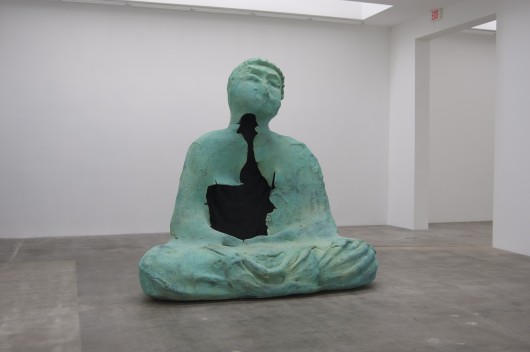 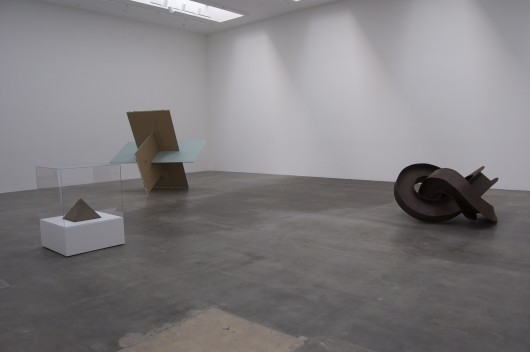 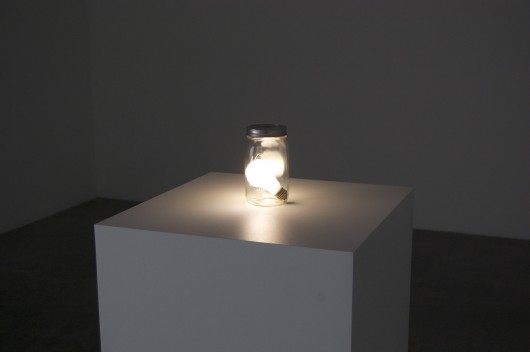 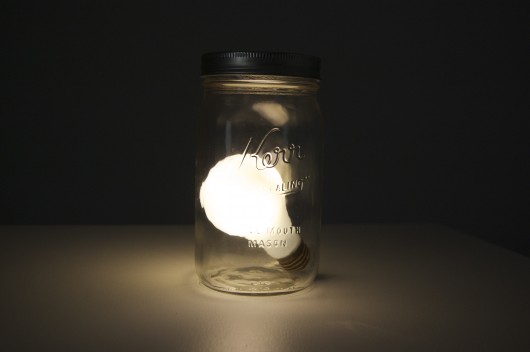 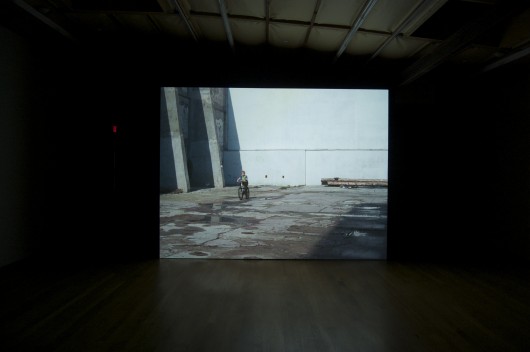 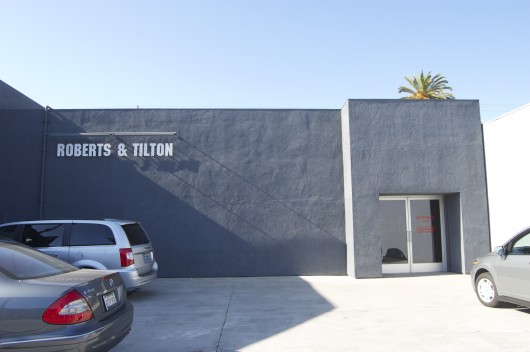 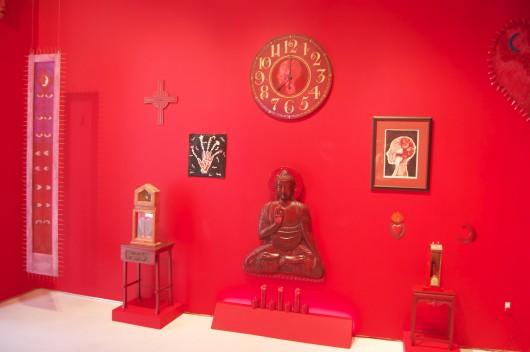 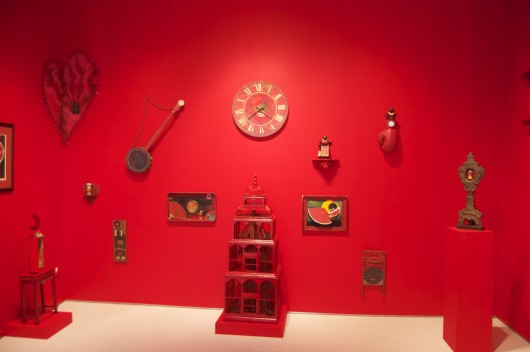 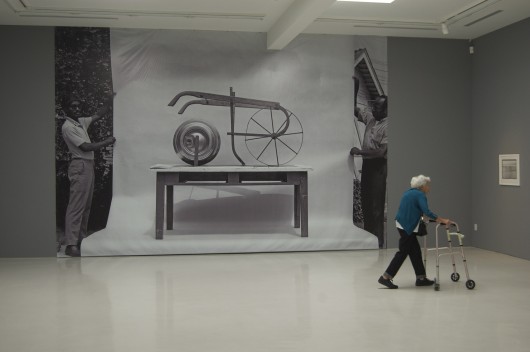 Installation view with enlarged photo of Darcy Robinson and Judson Powell with Noah Purifoy's Barrel and Plow (1966) by Harry Drinkwater. 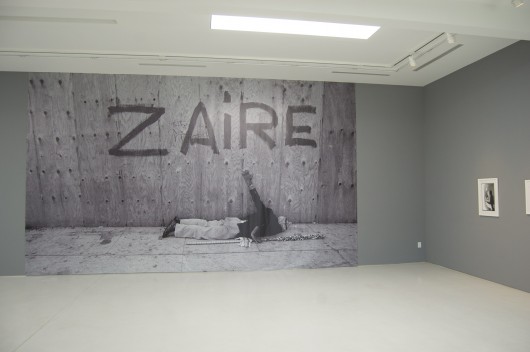 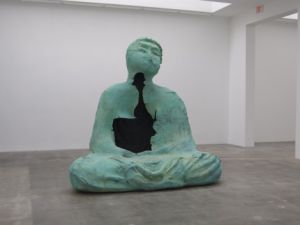 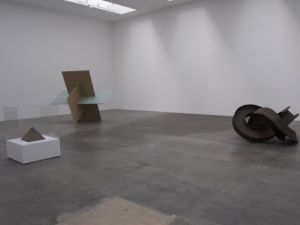 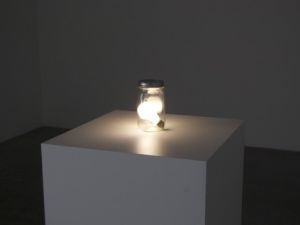 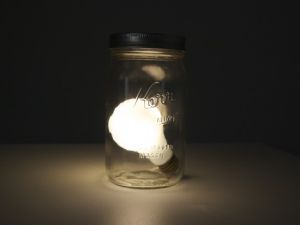 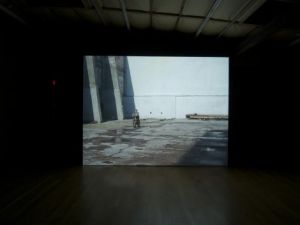 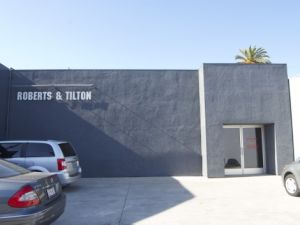 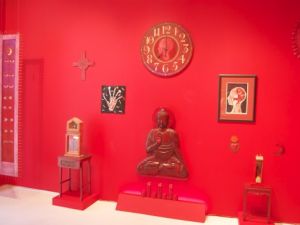 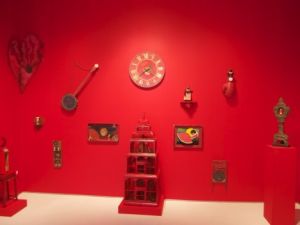 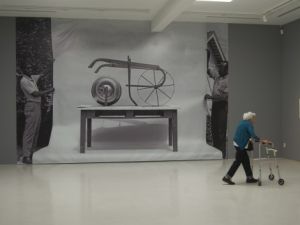 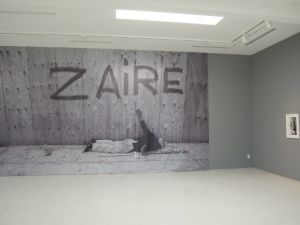 Less than a decade ago, the Culver City area of Los Angeles was a relatively sleepy, industrial part of town. Rent was low and there were a number of large, unoccupied buildings. But as sometimes happens with such urban areas, it has since become a thriving arts district. That transformation is due in large part to art dealers Timothy Blum and Jeff Poe, who decided to move their gallery to an enormous space on South La Cienega Boulevard in 2003, on a stretch that is now lined with many of the city’s leading galleries.

Interestingly, many of those galleries are not participating in the Art Platform Los Angeles fair, which opens today at 2 p.m. Blum & Poe is sitting it out, and so too are Cherry and Martin, Roberts & Tilton, Honor Fraser and the nonprofit space LAXART. (Those last three all participate in Art Platform’s rival two-year-old rival, Art Los Angeles Contemporary.)

The development of the neighborhood is, in some sense, a classic story of dealers moving to where the action is, just as they have done in New York. (The East Village and SoHo in the 1980s, Chelsea in the 1990s, the Lower East Side—at least for young galleries—today.)

But one dealer told Gallerist that the city had also played a role in shaping the district, helping galleries navigate red tape to encourage them to settle in the district in its early years. Rents have risen since then, but dealers are still settling there. (New Yorker Tim Nye just opened a shop, for insance: more on that later.)

As the city and its visiting journalists braced for the opening of Art Platform and a bevy of “Pacific Standard Time” events at area museums, we took a quick stroll of the galleries to see what dealers were offering at this moment of heightened visibility. People were startlingly friendly, front desk assistants almost uniformly stopping their work to say hello, to recommend other galleries to visit, a marked difference from New York.

At the left, click for a quick slide show of their offerings, which range from an exhibition by the veteran L.A. sculptor and former Watts Tower director John Outterbridge at LAXART to a stunning, bright red installation by Betye Staar at Roberts & Tilton (her daughter Alison Saar just inaugurated a series of sculptures in Madison Square Park) to a new series of hulking sculptures by Matt Johnson at Blum & Poe.