He’s off the ballot again.

Failing to see Carl Lewis’s argument that he has a fundamental right to run for office over and above state constitutional requirments, the Third Circuit Court of Appeals today reversed its initial ruling in the case of the legendary Olympian, a state Senate candidate in the 8th Legislative District.

The three-judge panel in Philadelphia on Tuesday vacated its previous order enabling Lewis to stay on the ballot which said strict scrutiny applied.

That decision aligned the panel with District Judge Noel Hillman, who ruled earlier this year that Lewis does not meet the New Jersey Constitution’s four-year residency requirement for the office of state senator.

“We will affirm the District Court’s judgment,” the judges wrote today in their decision.

Reversing their initial decision last week to grant Lewis’s appeal, the judges in their review of the candidate’s eligibility this time said rational basis applies.

“It is unfortunate that the voters of the Eighth Legislative District are being denied a meaningful choice in this election by today’s decision,” said a disappointed William Tambussi, Lewis’s attorney. “The extreme measures taken by the Republican Party to keep Carl Lewis off the ballot truly do a disservice to the voters.”

“That’s a 180,” said one source close to the case, assessing the court’s scrutiny rule after the GOP delivered its appeal argument on Tuesday morning.

The ongoing crux of the case has been Lewis’s New Jersey residency, challenged in a suit filed by the Burlington County Republican Party.

The former nine-time Olympic Gold medalist bought a house here in the state of his birth in 2005, but owned property and voted in California as late as 2009.

He registered to vote in New Jersey this year.

Fearing a reversal of the court, Democrats were prepared to switch Lewis out as a Senate candidate and attempt to put him on the ballot as an Assembly candidate, for which the residency rules are not as strict, sources said.

To run for the Assembly, a candidate must prove two years of residency compared to four for Senate.

“Just to clarify,” Lewis tweeted Thursday afternoon. “No one has spoken to me about running for Assembly. It is off the table. Dems have two great candidates who can win.”

From the start of his campaign last spring, Lewis’s would-be magnetic entry into politics has proved embattled, as his legal team struggled to prove his residency in court after court.

Reacting to a decision by Secretary of State Kim Guadagno, Lewis appealed in District Court, alleging that the secretary’s order to remove him from the ballot violated the U.S. Constitution’s Equal Protection Clause and the New Jersey Civil Rights Act.

He appealed in the Third District Court, winning last week on federal Constitutional grounds, but losing today when the same panel – on an appeal by GOP attorney Mark Sheridan but not the Secretary of State or the Attorney General’s Office – said Lewis “fails to articulate what discrimination the residency requirement imposes.”

Canadian Ben Johnson initially won the event, but was stripped of the gold after authorities determined he ran the event on steroids.

“I’m glad to see the rule of law matters,” said Sheridan of Drinker Biddle, the lead Republican attorney in the case representing the case from the start when Burlington County GOP Chairman Bill Layton sued Lewis on the residency question.

Naturally and conversely, the mood was grim in the Lewis camp in the aftermath of the decision.

“From the beginning this has not been about residency,” said Lewis campaign manager Chris Walker. “This has been about entitlement and privilege. When you take someone like Carl Lewis, an inductee into the New Jersey Hall of Fame, and go to this extent to keep him away from running, it really makes you wonder why. He can represent this country and compete to bring recognition to this state and yet when he wants to step out and raise the level of consciousness, he’s told no. It makes you wonder why.”

Lewis plans to hold a press conference Friday at Ten Kings Park to detail his course of action going forward.

“We are presently reviewing all legal options with Carl Lewis,” Tambussi said. 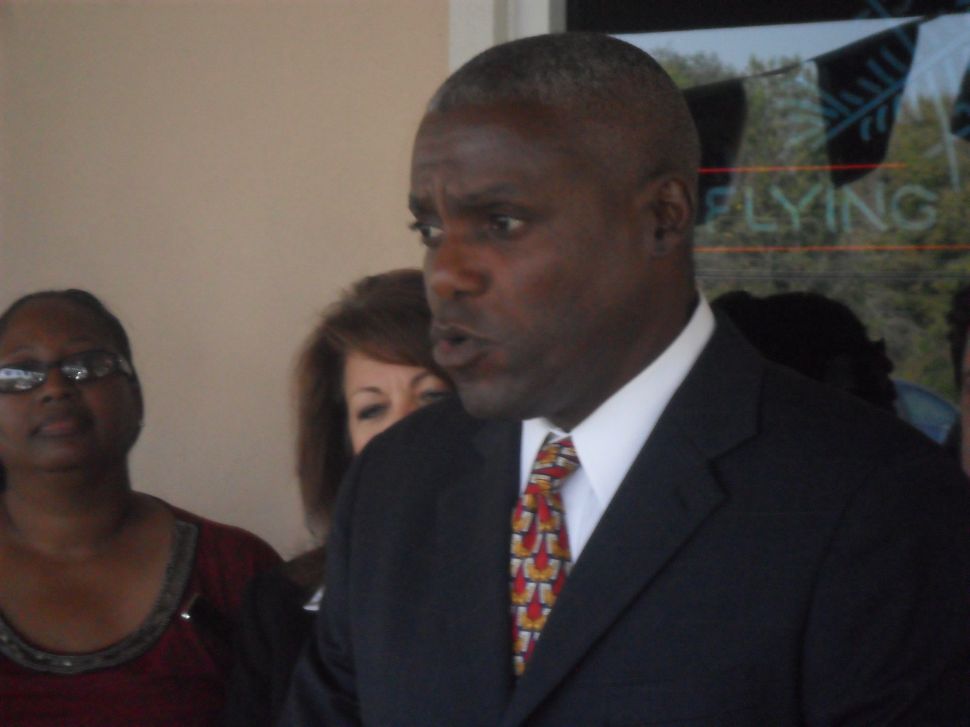