MOUNT LAUREL – A day after the Third Circuit Court of Appeals reversed itself and ruled against allowing Carl Lewis to appear on the 8th Legislative District Ballot, the legendary Olympic sprinter formally ended his embattled state Senate candidacy today.

“We want to make sure we get the Assembly candidates elected. There is zero chance I am running for Congress,” Lewis said.

He didn’t encourage a write-in campaign.

Assembly candidate Anita Lovely said she hopes the Democratic Party installs a replacement, and Burlington County Democratic Chairman Joe Andl said he and the party would review the situation and decide what to do by the end of the weekend.

The deadline for a candidate to get in the race was Sept. 13.

Since announcing his challenge of state Sen. Dawn Marie Addiego, (R-8), Evesham, earlier this year, Lewis has tried to withstand repeated GOP efforts to bump him from the ballot, most notably with Secretary of State (and Lieutenant Governor) Kim Guadagno’s spring ruling that he was ineligibe based on his residency status.

The nine-time Olympic gold medalist’s legal team fought back for three months but finally conceded this week after the Third Circuit appeals court ruled against Lewis, deciding that the California property owner and New Jersey native does not meet New Jersey’s four-year residency requirement to run for the state Senate.

Coming in off a rain-spattered parking lot on the side of Route 73, Lewis held his press conference in a Mount Laurel hotel.

Already the author of two volumes, he said he may write a book about his embattled campaign. 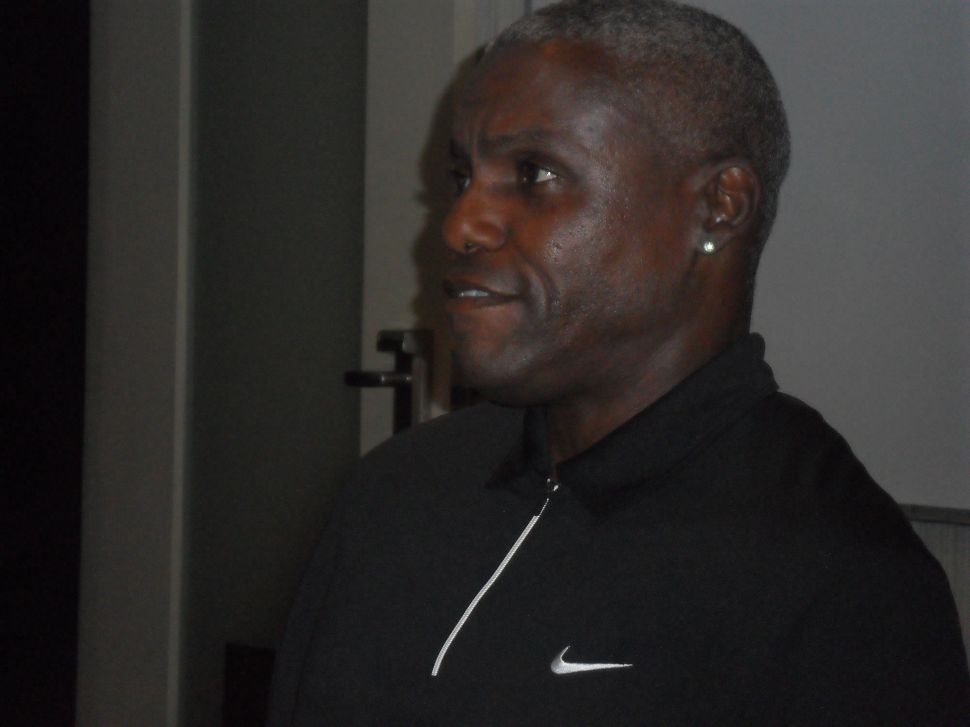