Newsies–a (financial) bomb of a film the dealt with the sobering topic of 1922 youth-led Newsboy Strike by getting Christian Bale and Bill Pullman to prance around with half the cast of Nickelodeon’s Roundhouse–can now be enjoyed two decades later in live theater form thanks to Disney not learning its lesson the first time.

According to lead actor Jeremy Jordan:

“Disney has invested a lot of money in this, and a lot of work has gone into this,” he said. “I think the audience is in for a lot of intense music, intense dancing and an exciting story. It’s an incredibly inspiring story, incredibly dramatic, but also fun and energetic.”

Of course, Disney put a lot of money into Newsies twenty years ago with a budget of $15 million, and only made 1/5th of their investment back. Maybe the ace up Disney’s sleeve for the New Jersey production is Harvey Fierstein, who wrote the book for the show! Naturally. Why not Harvey Fierstein? That would just be weird. He won’t be in it though. Boo!

The fact that Disney is trying to take away some of the “bad idea” thunder from Julie Taymor in no way dampens our enthusiasm for the show, though. As long as we’re allowed to sing along quietly in our seats during such classics as “King of New York” and “Carrying the Banner,” we wouldn’t miss this for the world. 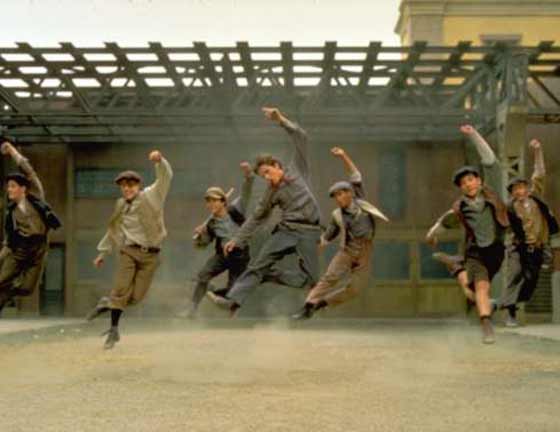