“Teachers should never be evaluated on the basis of a single consideration,” he said, be that years of service or standardized test scores.

Christie said a year-to-year comparison of each student gives a better picture of teacher performance than any one test: “Children come in at all different levels.”

“This is not a time for complacency,” either with teacher performance or the system of evaluation, according to Acting Education Commissioner Chris Cerf. “I believe this is a moral crisis.”

The predominant system of teacher tenure was put in place, Cerf said, “to guard against patronage, to guard against nepotism,” but the commissioner said it’s a system “indifferent” to learning. “That’s crazy,” he said.

Christie said the potential for the pilot program to spread is premature. “First, we’re going to get through the first year,” he said. For it to take off as a statewide policy, “We’d have to be talking to not only the Legislature, but educators across the state.”

“I think it’s great that he wants to address education,” Buono said. “But it’s been two years, we’re still waiting for his jobs plan.

The education beat is “a means of avoidance” for Christie, she said. “By any measure, he’s failed New Jersey workers.” 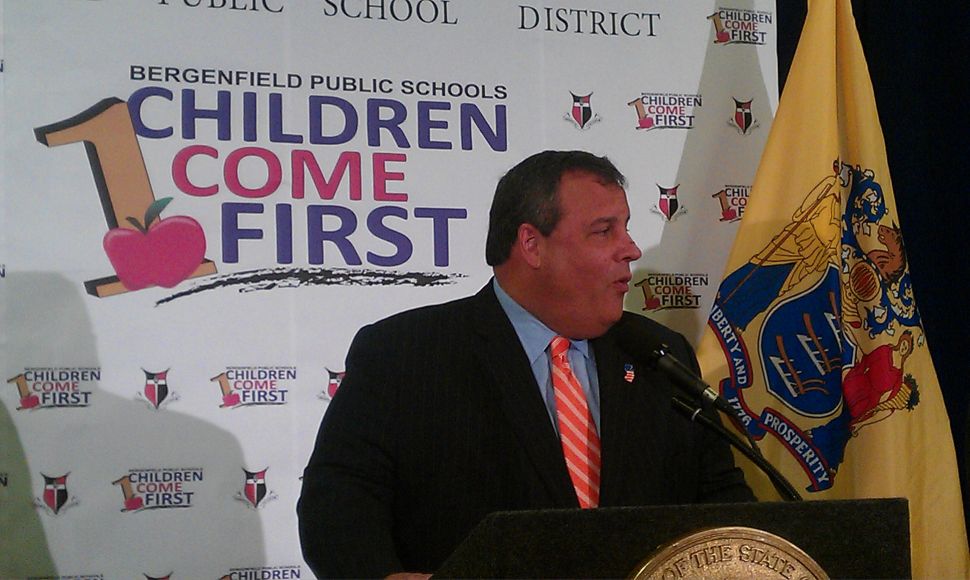