As calls for Gov. Chris Christie to take the next step in his political ascension have continued, voters here in New Jersey have taken the governor back into the fold.

A Fairleigh Dickinson University PublicMind poll released this morning shows Christie’s approval rating has spiked to 54 percent of New Jersey voters versus 36 percent who disapprove.  In May, Christie stood at 44 percent approval against the same number who disapproved of his job performance.

“The spring budget battles at every level – municipal, county, and state – hurt the governor,” Woolley said. “But he got a big win on pension and benefits reform in June, and weathered Hurricane Irene in August.”

As has been the case in the past, women voiced a less enthusiastic response to the governor, as 46 percent of those polled approved of the job Christie is doing versus 42 percent who disapprove.

Asked if the state is moving in the right direction, voters were split evenly, with 45 percent answering yes and 47 percent saying it’s “off on the wrong track.”

But Christie can nevertheless take heart in those numbers as they are a big improvement from May, when 55 percent said the state was on the wrong track and just 36 percent said it was headed in the right direction.

Not surprisingly, public-employee households, by a margin of two to one (61-33) say the state is on the wrong track.

Christie’s favorable ratings have also gotten a boost from his spring numbers as nearly half – 49 percent – of voters polled said they have a favorable view of the governor versus 41 percent with an unfavorable view.

In May, prior to Christie’s huge victory on pension and benefit reform, the governor’s numbers were upside down at 40 percent favorable and 45 percent unfavorable.

The poll also looked at the New Jersey Education Association, the state’s largest teachers union, which Christie has battled since his early days on the campaign trail.

Proving that money indeed can’t buy love, 39 percent of those polled say they have a favorable view of the teachers’ union while 37 percent say their view of the NJEA is unfavorable. One in four (24%) have mixed views or are unsure.

The poll of 800 registered voters statewide was conducted by telephone with both landline and cell phones from Sept. 19 through Sept. 25, 2011, and has a margin of error of +/-3.5 percentage points. 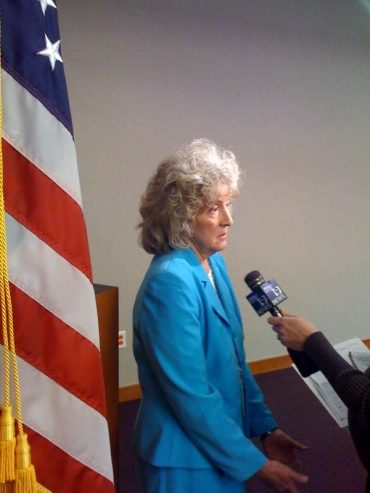