It goes back to the 2009 gubernatorial campaign, when Assembly Majority Leader Joe Cryan, (D-20), Union Township, served as then-Gov. Jon Corzine’s most aggressive statewide guard dog, and more than once chewed tenaciously on the political pant leg of GOP challenger Chris Christie.

Now, on the day the GOP governor prepares to appear in Cryan’s hometown of Union Twp., the Democrat bore his teeth at the incoming Christie.

“We don’t see him around this area too often, so we hope he brings news for area residents on job creation, property tax relief, his tax breaks for millionaires and waiting times at area motor vehicle agencies,” deadpanned Cryan, who led the 20th District Democratic ticket to a primary victory in June against allies of the Elizabeth Board of Education, who backed Christie in 2009.

Cryan drummed on the millionaries tax as a way of reinforcing his view that Christie is a faux exemplar of the Bruce Springsteen ethos.

“Union Township is a working class community, so the governor shouldn’t expect to find many millionaires to thank him for protecting their tax cuts while New Jersey saw its highest property tax increase last year in four years,” Cryan added. “Hopefully the governor will explain to Union Township why he preferred tax breaks for millionaires over property tax relief for working families. For instance, his veto of the Democratic school funding plan in June cost Union Township nearly $11 million. That means Union Township taxpayers received 27.6 percent less school aid from the governor than Democrats proposed. The governor gave even larger cuts to Union County Vocational, Roselle and Hillside, compared to what Democrats proposed. We hope to hear his reasoning for protecting millionaires over working families.”

While Cryan caught Chrsitie coming into Union, Senate President Steve Sweeney (D-3) doubled down on the millionaires’ tax message in light of President Barack Obama’s announcement this morning of the “Buffett Rule”, which would raise taxes on upper income earners.

“For far too long, hard working men and women, particularly here in New Jersey, have been asked to shoulder an unequal amount of the burden for today’s economic climate,” Sweeney said.  “That time must come to an end.  President Obama’s proposal is a common sense plan that brings fairness back into the equation. No doubt there will be those who scream that taxing the rich forces them to stop creating jobs.  That tired line has been so proven wrong that it seems like the only people who truly believe it are maybe the Koch brothers and Chris Christie.  If tax breaks for the wealthy were what created jobs, then where were all those jobs during the last decade that millionaire’s enjoyed a tax break?

“The bottom line is that everyone needs to share in the sacrifice if we are to get out of this economic hole,” Sweeney added. “But right now, the wealthiest of Americans, in this case, just .3% of the population, simply aren’t doing it.  The President’s proposal deserves full consideration and should be passed.” 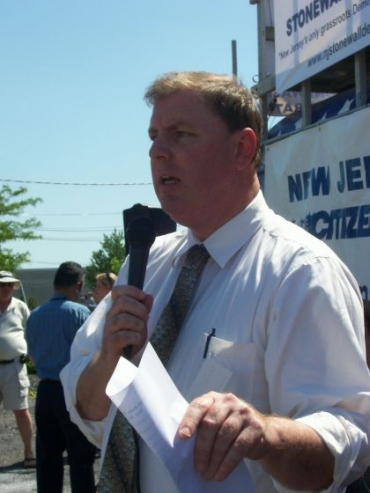