BURLINGTON – The GOP wants two Assembly seats in Legislative District 7, where veteran incumbent state Sen. Diane Allen, (R-7), Edgewater Park, is the branded name at the top of the Republican ticket whose coattails could drag in her running mates to dethrone Democrats.

At least that’s the GOP hope here where Allen is the district’s lone legislative rep.

“I’ve actually had people contact me and say ‘I am going to do a fundraiser for you,’” Allen told PolitickerNJ.com. “I anticipate this year being a new high for me in terms of fundraising.”

Beverly Mayor Gail Cook is challenging Allen, but sources say the Democrats’ main concern here is lower house defense, as they try to protect two seats and make a particular effort with the heft of the Camden County Democratic Organization to secure one of those seats for an old ally.

“It certainly took me by surprise,” the senator told PolitickerNJ.com, referring to Burlington County Democrats’ vote to seat Singleton in advance of the election.

“I was with Jack Conners just before it happened and he didn’t mention it,” Allen said. “Both parties have done this and there are a myriad of reasons why this happens. There’s nothing illegal about it. It gives him an air of incumbency but the voters know he’s been in there for a minute – of course, that doesn’t change the fact that he has been a government operative for a long time.”

Already up on television in the district in an ad that pyramids down off of Allen’s name to include her running mates, Allen said she plans to run on her record of opposing tax increases, including the Democrats’ so-called millionaires’ tax.

In conversation, the disbanded tag team of Conners and incumbent Assemblyman Herb Conaway (D-7) has become Corzine and Conaway.

Part of the district’s dynamic is the addition of Moorestown and Mount Laurel, which were previously part of the 8th District, and which replace Allen bread and butter towns Mount Holly and Maple Shade. Both towns voted for U.S. Rep. John Adler (D-3) in 2010, but Allen grew up in Moorestown.

“We’ve been campaigning in the new part of the district, knocking on doors, and as with most towns, people there feel the same way,” Allen said. “The economy is the only issue right now.” 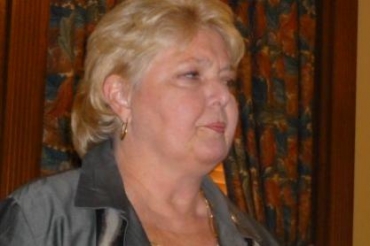