Who knew that the United Nations had their guests pimping in such style? Well, besides the one carjacker who managed to steal a $100,000 Mercedes Benz on loan to senior United Arab Emirates diplomat Saeed al Shamsi. While his employer was busy with international politicking, Mr. Shamsi’s driver, Ghulan Rehmani, popped into a bodega for some tea and left the highly expensive car double-parked “for only a minute.” As this is New York City, that one minute tea-run (minus steeping time, we’re assuming) was just long enough for somebody to come along and jack the blue Benz.

Don’t worry though, the car was found literally moments later, when Mr. Rehmani witnessed the thief try to make a U-Turn getaway, crash into the high-rise next door to the bodega, and abandon the vehicle.

“He was trying to make a U-turn and didn’t know how to drive. He made a U-turn, jumped the sidewalk and hit the building,” Mr. Rehmani told the New York Post about the accident. Case closed. Or is it? We have a couple more questions, your honor.

1.) If the driver was only in the deli for a minute, does that mean that in addition to double-parking, he also left the keys in the car, doors unlocked? Because no one can break in and hot wire a car in sixty seconds, no matter what that Nicolas Cage/Angelina Jolie movie told you.

2.) The car was stolen around 19th street and 3rd Avenue. Assuming the driver hadn’t parked the car backwards, did the carjacker realize that making a U-Turn meant hurling himself into oncoming traffic?

3.) Could this be the same guy who stole John Travolta‘s own Mercedes Benz (valued again at $100,000) “out from under his nose” three days ago in L.A.? Or is there just a rash of super-quick Mercedes car thieves roaming around the coasts these days? Maybe we should rent Gone In 60 Seconds again, and then see where Mr. Cage was at the time of these incidents? 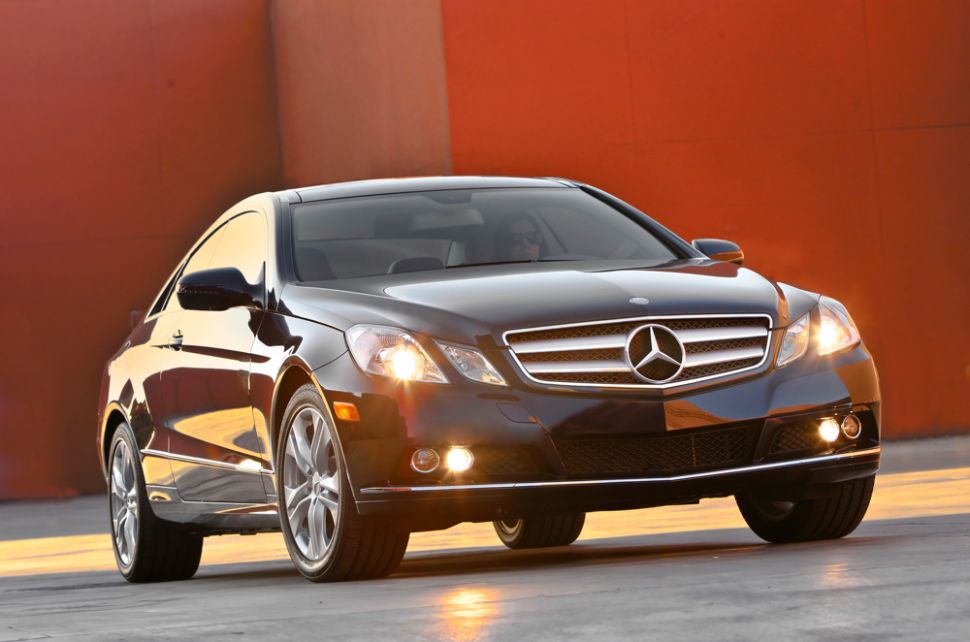