Last night author Michael Ellsberg sat us down on the roof of the Hudson Terrace and told us something we didn’t want to hear.

“Student loans are the only kind of loan that you can’t default and declare bankruptcy on,” said Mr. Ellsberg, wearing a crushed-velvet red jacket, “It was necessary in our parents generation to go to college in order to get a good job…I can’t tell anyone not to go to school, but now that the cost of a B.A. can go up to $50,000 a year, unless you plan on getting a law degree or go into medicine, I think smarter kinds can find other ways to gain real world experience.”

Mr. Ellsberg, promoting his latest book The Education of Millionaires: It’s Not What You Think and It’s Not Too Late, sounded like one of those wall street protestors, but the scene at the Terrace couldn’t be more different than that at Liberty Plaza.

We rode up the elevators with one of the first “Facebook people” (who wished to remain anonymous and wasn’t in The Social Network) and several of her friends. She was letting Julia Allison crash at her place, since apparently tonight was a book party/people auction kind of night. Ms. Allison herself was standing by the bar with frat-boy legend Tucker Max, who seemed mainly subdued, even when he introduced himself to us by asking if we had Asperger Syndrome.

We did not, but were glad to find out than in real-life he wasn’t as “rape-y” as he (with the help of sites like Gawker) portrayed himself.

“I’ve done some morally wrong things in my life, but definitely never raped a woman,” Mr. Max said, before explaining how if a woman is too drunk to consent it wasn’t rape and that was just a misinterpretation of the law. Anyway, moving on…

Only three-to-four people ended up being “auctioned” for copies of Mr. Ellsberg’s books, one of whom we believe was his wife. Ms. Allison won the highest bidding, with Tucker Max buying over 60 copies of The Educations of Millionaires for New York’s former social fixture. By the way, was Julia ever planning to move back to New York?

“No…I think it takes a certain type of person to handle living here,” she told us.

Later on, after Patrick McMullen‘s son Liam snapped a photo of the newly bought Ms. Allison, Tucker Max leaned over and told us, “$1,700 is a reasonable price for a good raping.” 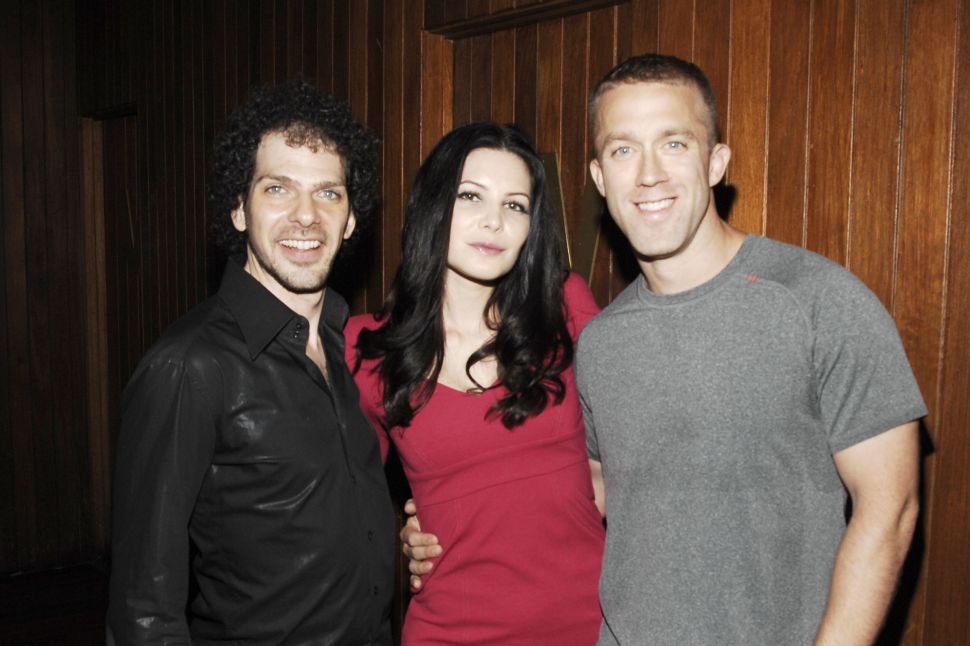