According to a national report from the Environment New Jersey Research and Policy Center, New Jersey was tied with Pennsylvania as having had the fifth highest number of days (35) with smog in the air last year. Only California, Texas, Utah and Maryland ranked higher.

The counties of Middlesex, Hunterdon and Somerset collectively ranked as the 17th smoggiest metropolitan area in the country, and the Monmouth-Ocean county metro area ranked 15th smoggiest, according to the report.

There were 17 days last year when it was just plain unsafe for Garden State residents to breathe outdoor air.

“We must make every day a safe day for our children to breathe,” said Laura Anderson, a spokesperson with ENJ, at a press conference at the pier at Ken Buchanan Riverfront Park in Sayreville that provided a bird’s eye view of a gargantuan JCP&L power plant.

A spokesman for the state Department of Environmental Protection refuted the claims, saying clean air is a high priority for the adminsitration.

“We are doing a alot ot preserve clean air,” said spokesman Larry Hajna citing programs in place to take legal action against polluting power companies, reduce diesel emissions and enforce air pollution standards.  The Christie administration has continued many programs begun under previous administrations “We take the health of our residents very seriously. Obviously ozone is an issue for people with breathing difficulties and lung conditions and we are continually trying to make the air cleaner.”

Smog is a combination of such things as car exhaust fumes and power plant smoke that, coupled with high temperatures, creates a thick, cloudy layer in the atmosphere that can cause various health problems, like asthma, diminished lung capacity, and low birthweight. Such problems cost about $100 million in health care costs, Anderson said.

Hajna said while work still needs to be done, the number of smog days is down considerably over the last three decades from a high of more than 200 to the current count in the mid 30s.

Also on hand at the conference was Assemblyman John Wisniewski, (D-19), of Sayreville, whose district includes the park, and Sen. Bob Smith, (D-17), of Piscataway. Both said the governor’s pull-out from the Regional Greenhouse Gas Initiative and diminished support for public transportation  – shown by the cancellation of the Access to the Region’s Core train tunnel  project – will only exacerbate the air pollution problem.

“This report is proof that New Jersey’s air stinks,” Wisniewski said. “The governor is wrong on the environment.”

Smith called the report shocking, adding, “We as a state are failing our citizens.”

The report also found that:

*Trenton ranked as the 20th smoggiest area in the country, with 15 smog days;

*Newark ranked as the 29th smoggiest large metropolitan area in the country, with nine smog days in 2010;

*Vineland ranked as the 7th smoggiest small metropolitan area in the country, with six smog days in 2010.

*the Atlantic-Cape May and Jersey City metro areas also had several days of smog, three and five days respectively, when the air was unhealthy to breathe. 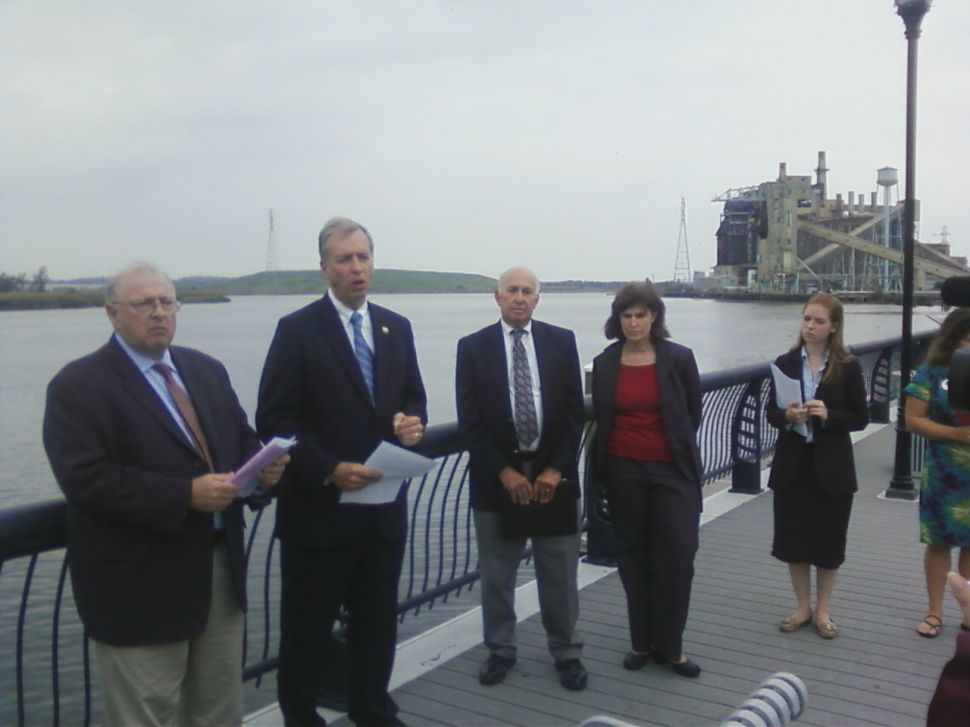