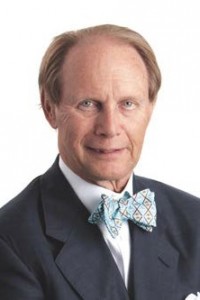 The board of the Frick Collection announced today that it has appointed Charles M. Royce, the president and co-chief investment officer of Royce & Associates and president of the Royce Funds, as its newest trustee.

Frick chairman Margot Bogert cheered the decision in a statement to press. “He brings to this group a long-abiding focus on the preservation of historic properties as well as a professional background in finance,” Ms. Bogert said, “and we are confident that his perspective will prove very useful to the landmarked Frick Collection and the care of its beloved buildings.”

Following a long career in finance, Mr. Royce has moved into the realm of historic preservation in recent years. In 2003, with his wife Deborah, he acquired a Victorian hotel in Watch Hill, R.I., which he reconstructed and repurposed as a nonprofit cinema. The couple has also repaired the Avon Theater in Stamford, Conn.

Earlier this year, the Frick’s board tapped Ian Wardropper, the chairman of the European sculpture and decorative arts department at the Metropolitan Museum of Art, to serve as director of the museum.