Gossip Girl’s Ed Westick always manages to look so dapper when photographed out and about: whether he’s taking his brother to the US Open or attending Simon Spurr’s Fashion Week show, Westwick retains the effortlessly cool style of Chuck Bass even while the show is off air. Or so we thought.

Outside of Williamsburg dive bar Zablozki last night we were grabbed by what first appeared to be a homeless hipster trying to bum a cigarette. On closer inspection, the sweaty guy with the gold necklace resting on a bounty of chest hair (visible because his shirt was unbuttoned to his navel) turned out to be a very disheveled Mr. Westwick. Momentarily confused by his west London accent, we demanded repayment for our Parliament by having the teen star perform in different British dialects in the middle of the crowded street.

Variations included: “Oi, I’m cockney, mate!” (that’s verbatim), and some incomprehensible Manchester impression that sounded remarkably like Drive Shaft’s rendition of “You All Everybody” from Lost.

While Mr. Westwick was a remarkably good sport when it came to the impromptu performance, the three young blondes that comprised the rest of his posse appeared mortified: though whether they were embarrassed for their friend or merely shocked at the level of bonhomie a CW heartthrob would exhibit toward plebeian strangers remains undetermined. 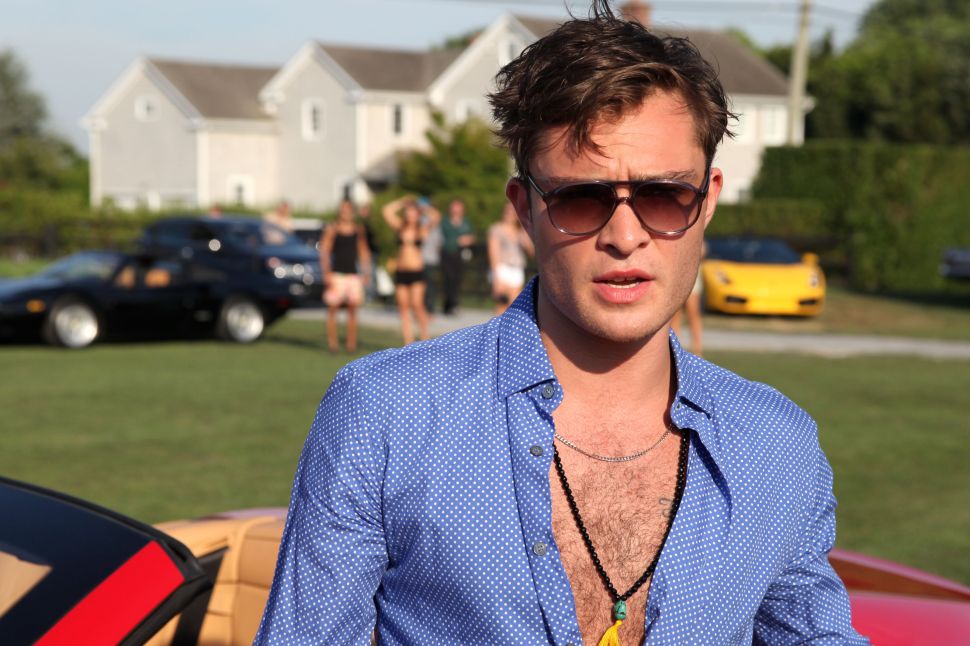