The New York Hall of Science was home to the 2nd Annual World Maker Faire this past weekend, which is like a grown-up version of your middle school science fair, but much, much cooler. Robot drummers! Super-fast dancing crutches! Glasses that let you visualize sounds as double rainbows! DIY comfy wheelchairs! Most importantly, there was a Waterfall Swing, created by Dash 7 Designs. Watch it in action:

We were a little dubious about this invention, since who among us didn’t break a leg trying to hook up a hose to a swing set when they were a kid? But the coolest part of the Waterfall Swing is that motion sensors activate the stream of to keep you from falling off. This is Dash 5’s technical explanation, for those who understand such things:

Towering steel swing set holding arrays of mechanical solenoids that create a plane falling in the path of its riders. Formed from a tangent of ideas raised from the study of interactions of as space, the swing is the first in a series that play with interaction in rides and installations. Riders pass through openings in a waterfall created by precisely monitoring their path via axel-housed encoders, creating the thrill of narrowly escaping obstacles.

Hopefully this project will be more successful than New York’s last waterfall-related experiment. 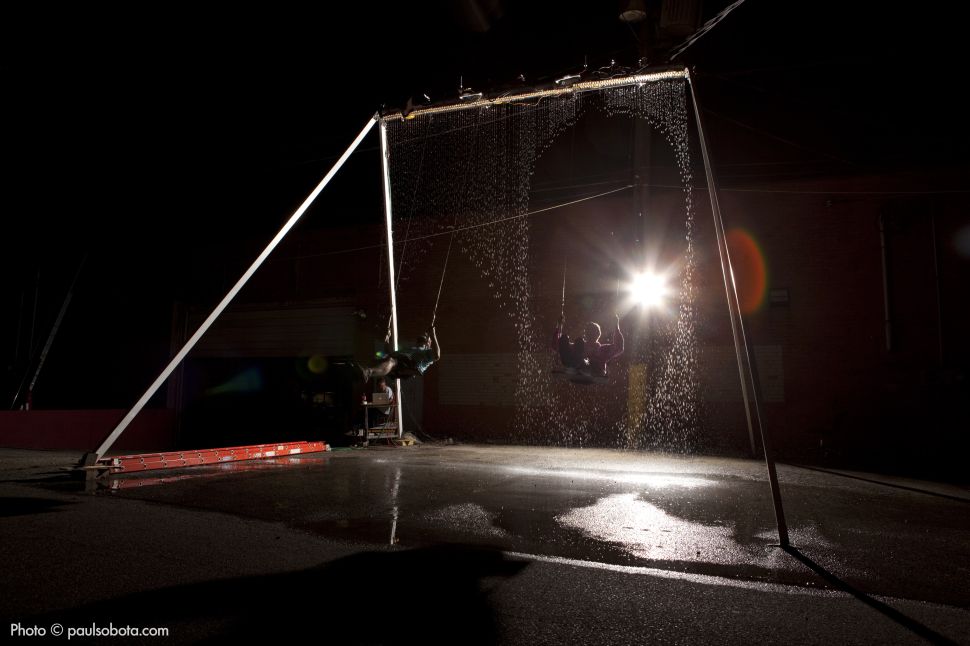