In late 1997, The Source magazine celebrated the release of its 100th issue with an enormous bash at the Hammerstein Ballroom. Hip hop’s era of excess was at its blinged-out height. Everybody was getting money and flaunting it. Even the journalists. Before the party, Dave Mays, the co-founder and co-owner of The Source, distributed diamond-encrusted medallions emblazoned with the company logo to about 10 members of the staff. They were later appraised at $7,000.

The party was a victory lap for Mr. Mays. Over the previous 18 months, The Source had doubled in circulation—then doubled again. The company had expanded into television, launched a record label, and begun producing awards shows. Times were good.

I missed out on the glory days of The Source. I interned in the music department in 2002 and eventually became staff writer. But aside from the time I shared a blunt with Mr. Mays during the August 2003 blackout, we didn’t converse much. I left the magazine in early 2005. Less than a year later, Mr. Mays and his controversial business partner, Raymond Scott, a rapper from Boston nicknamed Benzino, were also out.

The flame-out was dramatic. Mr. Mays and Mr. Scott were sued for sexual harassment by former editor-in-chief Kim Osorio, and Mr. Scott was indicted for tax evasion. (He was later found not guilty of failing to file; a jury threw out Ms. Osorio’s discrimination and sexual-harassment complaints but found that she’d been wrongfully terminated. She was reportedly awarded $7.5 million.)

The partners were largely written off by the publishing industry as well as the hip hop community. “It was me and Ray in a fucking raft out at sea by ourselves with the sharks swirling,” Mr. Mays said.

“People thought we were going to be buried,” Mr. Scott added. “But we felt like we could bounce back as long as we stuck together.”

Late one night in March 2006, Dave Mays was asleep in his New Jersey home when he received a phone call from Mr. Scott. They’d been kicking around start-up ideas, and Mr. Scott had had a eureka moment. “He said, ‘I got it!” Mr. Mays recalled. “And he broke down how there were all these celebrity magazines like Us Weekly and People, and they were all successful but all featured the same group of people: basically, white celebrities. There was a void in the market.”

Their new magazine would come out twice a month. “We realized that the monthly magazine is a dying breed,” Mr. Mays said. “I’m sure you can do a monthly sewing magazine but with hip hop, there is shit happening every day, second and hour.”

They named it Hip Hop Weekly and began quietly publishing in late 2006. There was no lavish launch party, and the operation ran on a shoestring. Whereas The Source at its height had more than 80 full-time employees working out of a 20,000-square-foot office on Park Avenue South, Hip Hop Weekly works out of a small office in Miami and is put out by 10 part-time employees who mostly work from home. The website is run by a single part-timer. Photo shoots are a rare luxury.

The approach appears to be working. According to Mr. Mays, the magazine became profitable in 2010 with approximately $4 million in revenues and a circulation of around 100,000 (the figure is not audited).

“They’re not quitters,” said Russell Simmons, a longtime supporter. “Their appreciation for the art form is so honest. Their passion for hip hop is obvious. Authenticity sells.” 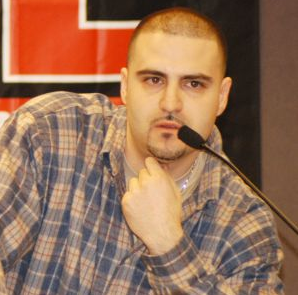